The Organization for Economic Cooperation and Development (OECD) estimates than more than 100,000 Australian citizens are living and working in the U.S.  Those Australian nationals almost certainly have some sort of Superannuation Fund.  The problem is that nearly every accounting firm in the U.S. is treating Australian Superannuation as a taxable foreign grantor trust.  This presents a serious issue since the funds within Superannuation Funds are completely inaccessible until retirement, disability, or death.  For an American in Australia or dual U.S.-Australian citizen, this would result in immediate U.S. taxation on all gains within the fund.  Because of the lack of liquidity, the individual would be taxed on gains they did not truly realize yet.  The problem is that there are differing views as to what Australian superannuation actually is in the U.S.  Is it a private pension?  Is it a foreign grantor trust?  Or is it a novel form of privatized social security?  The correct answer could mean the difference between a client being burdened with U.S. tax on unrealized gains and a client being able to lawfully exclude gain and even future distributions from the superannuation fund from their U.S. tax return.

The vast majority of U.S. practitioners in the U.S. treat Australian Superannuation as a taxable foreign grantor trust on the basis that it’s a private pension that does not constitute as a qualified retirement fund under Code section 401 or the U.S.-Australia Income Tax Treaty.  The problem lies in the “shoot from the hip” characterization of Australian Superannuation as a private pension.

Not a single tax firm in the U.S. understands that the 9.5% Superannuation Guarantee is actually a tax imposed by the Australian Tax Office on the company based on the employee’s gross wages; however, instead of the tax going into general government revenue, it goes into the Superannuation Fund.

If Australian Superannuation Funds are characterized as foreign grantor trusts, they would be taxable in the country of residence under Article 21, which would be the U.S. in the case of an Australian national living or working in the U.S. or an American living and working in Australia.  However, when Superannuation is properly analyzed and characterized as Privatized Social Security, it falls under Article 18, Paragraph 2, of the U.S.-Australia Income Tax Treaty and any gains or even distributions are exempt from U.S. tax as long as the position if properly disclosed on IRS Form 8833.  The “saving clause” does not apply to Article 18, Paragraph 2.  This extends to Self-Managed Superannuation Funds as long as the full balance currently is or previously was fully preserved and restricted in accordance with Australian law.

We have been taking this position for 7 years with the full knowledge and acquiescence of the Internal Revenue Service.  One of our largest institutional clients is Dixon Advisory Group.  If you’re our client, your Superannuation will be safe from U.S. tax exposure. 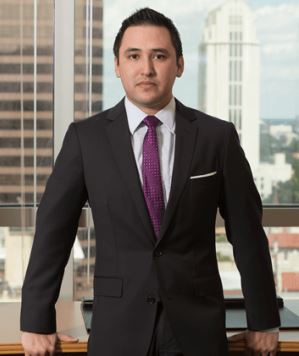 John Anthony Castro, J.D., LL.M., earned his Doctor of Jurisprudence (J.D.) as well as a Master of Laws (LL.M.) in International Taxation from Georgetown University Law Center in Washington, DC, and is the Managing Partner of Castro & Co., a U.S.-based law firm specializing exclusively in international taxation with offices in Washington DC, Miami, Orlando, and Dallas along with partner firms in over 130 countries around the world.