CommSec trading data has revealed some key behavioural differences in the investing behaviours of men and women across both their SMSFs and personal accounts.

The CommSec SMSF Trading Trends Report found there were some differences in the investing behaviours of men and women, with women generally preferring to accumulate investments inside super rather than outside.

The report found that millennial women were much more likely to trade through their SMSFs than their personal accounts compared to men of the same age.

While the sample size of the millennial cohort was relatively small, what was clear, the report said, was that women aged 35 to 50 invested “nearly one and a half times more in dollar terms in their SMSFs than in their personal accounts — the opposite of men of the same age”.

“However, over the age of 50 this gender divide disappeared, with men and women both focused primarily on their SMSF accounts,” the report said.

The report found that investors aged 51-65 traded twice as much in dollar terms within their SMSF accounts, while those in the over-65 group traded three times more.

“Overall, these findings appear to confirm our previous insights, suggesting that women are both more cautious and more forward-looking investors, preferring to focus on securing their retirement, rather than building up assets outside super,” said the report.

The data revealed other trends also, indicating that SMSF investors have been taking advantage of reduced sharemarket volatility to consolidate their portfolios, trading less often but taking larger positions during the first six months of 2017 than over the previous six months.

“Over the six months to June 2017, ASX200 shares accounted for 60 per cent of all SMSF trades, compared to 54 per cent of non-SMSF trades,” said Mr Evans.

“Within the ASX200, ‘buys’ of Telstra stock by SMSFs outnumbered ‘sells’ by almost 2:1, making it the SMSF investor’s most preferred stock over the period. Transurban was also a favourite amongst SMSFs for ‘buys’ versus ‘sells’, while South 32 and Clydesdale and Yorkshire Banking Group were more likely to be sold than bought.”

Despite the continued trend towards blue-chips, however, the trade data showed SMSFs are also increasingly diversifying their portfolios.

“SMSFs are often characterised as insufficiently diversified, having portfolios concentrated in cash and large cap domestic equities, but some SMSFs are more diversified than we give them credit for,” said Mr Evans.

“In the current low growth environment, it seems SMSFs have been seeking cost-effective diversification. Our analysis shows an increased investment by SMSFs in hybrids, interest rate securities, and Australian and international Exchange Traded Funds (ETFs).” 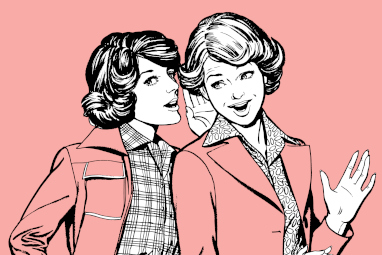