ATO ID 2014/39 and ATO ID 2014/40 both confirm that nil-interest borrowings from related parties can cause non-arm’s length income.

Will ordinary or statutory income derived by an SMSF under a limited recourse borrowing arrangement (‘LRBA’) be non-arm’s length income (‘NALI’) of the fund pursuant to s 295-550 of the Income Tax Act Assessment Act 1997? (‘ITAA 1997’).

The ATO has confirmed that such income would be taxed at a 47 per cent rate as NALI. This 47 per cent tax rate applies even if the SMSF is in pension mode. 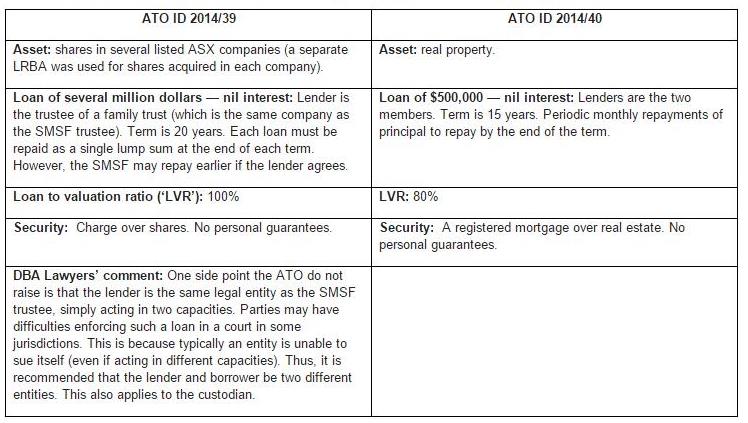 (a) the entity acquired the entitlement under a *scheme, or the income was derived under a scheme, the parties to which were not dealing with each other at *arm's length; and

(b) the amount of the income is more than the amount that the entity might have been expected to derive if those parties had been dealing with each other at arm's length.

The ATO refers to the Full Federal Court judgement in Allen v Federal Commissioner of Taxation [2011] FCAFC 118 (‘Allen’s case’) on a number of occasions. Broadly, the facts in Allen’s case involved a discretionary trust making around a $2.5 million distribution of a capital gain to a unit trust that had been amended to receive the distribution. The capital gain was then distributed to the SMSF. The SMSF argued the capital gain was not income but capital under s 273 of the Income Tax Act Assessment Act 1936 (Cth) (the former equivalent of s 295-550 of the ITAA 1997). The SMSF lost as, broadly, the Full Federal Court held that s 273 applied to an assessable capital gain as the term ‘income’ in s 273 should be construed in context.

The ATO relied on Allen’s case. It considered the term 'arrangement' in s 273 which is equivalent to the term ‘scheme’ in the ITAA 1997, which covers ‘any arrangement or any scheme, plan, proposal, action, course of action or course of conduct, whether unilateral or otherwise’. The ATO IDs extract the following from Allen’s case:

The court held, at 433-434, that the series of steps undertaken by Mr Allen in directing the trustees of several trusts (including the superannuation fund) led to the results that the superannuation fund received both a fixed interest in the relevant trust estate and the relevant distribution of income from that trust estate. The court also held that each result (that is, the fund's acquisition of its interest in the relevant trust estate and its derivation of income as a beneficiary of that trust) were readily seen to be the consequence of an 'arrangement' to which the various trustees were parties. Further, the court said that was "clearly so, given that the creation of the structure and the flow of funds was orchestrated in conformity with the legal advice obtained by the taxpayers".

The ATO then stated that the Full Federal Court's approach shows that, for the purposes of s 295-550(5), the scheme may be identified as including the circumstances under which the SMSF:

· acquired its fixed entitlement to the income of a trust; and/or

· derived an amount or amounts of ordinary or statutory income as a beneficiary of the holding trust through holding that entitlement.

The ATO states the ‘scheme’ may be identified as involving the series of steps undertaken to give effect to the LRBA in conformity with the requirements of s 67A of the SISA. The scheme includes the establishment and operation of the loan and the holding trust. Those steps resulted in the SMSF acquiring its entitlement to the income of the holding trust. As such, the ATO says it readily concluded that, for the purposes of s 295-550(5)(a), the SMSF acquired its fixed entitlement to the income of the holding trust under a scheme.

The ATO after considering numerous factors set out by Dowsett J in Federal Commissioner of Taxation v AXA Asia Pacific Holdings Ltd (2010) 189 FCR 204 at 213 (‘AXA’) summarised propositions which emerge from the numerous cases in which the expression 'not dealing with each other at arm's length' or similar expressions have been considered, as follows:

- in determining whether parties have dealt with each other at arm's length in a particular transaction, one may have regard to the relationship between them;

- one must also examine the circumstances of the transaction and the context in which it occurred;

- one should do so with a view to determining whether or not the parties have conducted the transaction in a way which one would expect of parties dealing at arm's length in such a transaction;

- relevant factors which may emerge include existing mutual duties, liabilities, obligations, cross-ownership of assets, or identity of interests which might enable either party to influence or control the other, or induce either party to serve a common interest and so modify the terms on which strangers would deal;

- where the parties are not in an arm's length relationship, one may infer that they did not deal with each other at arm's length, and that the resultant transaction is not at arm's length;

- however related parties may, in some circumstances, so conduct a dealing as to displace any inference based on the relationship;

- unrelated parties may, on occasions, deal with each other in such a way that the resultant transaction may not properly be considered to be at arm's length.

In AXA, Edmonds and Gordon JJ, who did not disapprove of the above points stated at page 231 that:

Any assessment of whether parties were dealing at arm's length involves 'an assessment [of] whether in respect of that dealing they dealt with each other as arm's length parties would normally do, so that the outcome of their dealing is a matter of real bargaining' ...

The ATO then, after assessing the circumstances holistically, concluded that the income was not derived via an arm’s length relationship. In ATO ID 2014/39 and ATO ID 2014/40, the ATO concludes that the parties were not dealing at arm’s length due to, among other reasons, the following:

· that the loan is interest free

· the flexible nature of the loans and the high LVRs

· the lender did not seek personal guarantees 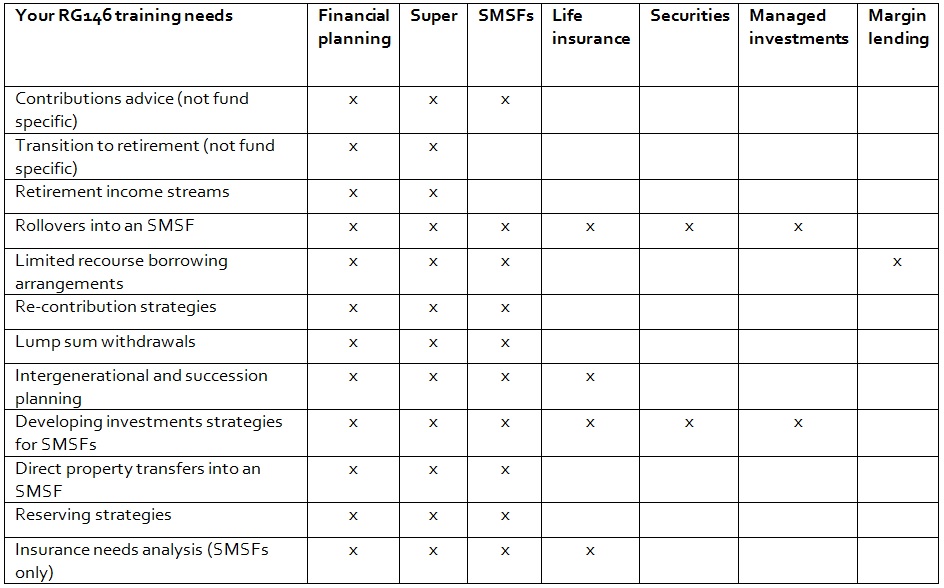 The ATO then needed to establish the final point to be successful with an application of s 295-550, namely, that the amount of ordinary and statutory income is higher than the amount that the parties might expect if they were dealing at arm’s length. The ATO then, relying on Allen’s case, considered that the amount of income under a ‘hypothetical’ situation would be nil since an arm’s length lender may not lend in similar fact situations (eg. a bank or financial institution is unlikely to provide a loan with such high LVR, no personal guarantees and with flexible repayment terms).

The ATO’s Superannuation Industry Relationship Network (‘SIRN’) met on 19 November 2014 with 24 attendees from the SMSF industry (including me as the chair of The Tax Institute’s National Superannuation Committee). The ATO published its key messages from this forum in late November 2014. These were:

· That the ATO would finalise these ATO IDs.

· The ATO would consider providing some general guidance on various factors to be looked at when considering whether the terms of the borrowing, taken together, are consistent with what an arm’s length lender would accept in relation to the particular borrowing.

The industry is anxious to receive the outcome of the ATO’s ‘safe harbour’ scenario where a related party LRBA would be safe from ATO scrutiny particularly from NALI. However, it is generally anticipated that the ATO will not provide too much guidance in this regard apart from requesting that taxpayers benchmark their related party LRBAs with what is available from arm’s length lenders such as banks and financial institutions and retain appropriate and adequate evidence.

It is a real pity that the ATO did not deal with a set of facts in one of its ATO IDs which were otherwise fully on arm’s length terms and conditions apart from a nil interest rate on the basis that the income is from an arm’s length source, eg. a third-party tenant. While some of the facts in ATO ID 2014/40 were not too removed from that of an arm’s length loan dealing, even if all the factors were at arm’s length, except for a nil interest rate, applying the ATO’s analysis above, the ATO may well still conclude that the income is NALI. This is because the ATO views the scheme holistically and in view of the nil interest rate is likely to argue the SMSF is obtaining more income from the scheme than it otherwise would.

Thus, the ATO has sought to cover numerous arguments that have been raised by industry representatives as to why NALI should technically not apply.

· Unless related party LRBAs measure up to arm’s length terms and conditions, the income derived by the SMSF is likely to be taxed as NALI (unless the SMSF has obtained a prior favourable PBR).

· moving forward, SMSFs with related party LRBAs should ensure they have benchmark evidence to support their arm’s length terms and conditions. Those entering into such arrangements may seek to obtain a PBR.

· The big uncertainty now hinges on what the ATO will do with respect to SMSFs with related party LRBAs that do not measure up with arm’s length terms and conditions. Will the ATO go back and seek to amend?