The Tribunal has upheld a decision by the Commissioner to disqualify two directors of a corporate trustee.

In a recent article, View Legal director Mathew Burgess explained that the role of trusteeship of any entity is one the courts have regularly highlighted as one that requires conduct of the highest standards.

This is further illustrated by a recent decision handed down by the Administrative Appeals Tribunal of Australia last week, said Mr Burgess.

The decision, Goulopoulos and Commissioner of Taxation [2022] AATA 2540, involved a couple who were directors of the corporate trustee for their SMSF.

The applicant in this case and his wife were disqualified by the Deputy Commissioner of Taxation in August 2019.

The disqualifications were on the basis that the corporate trustee had contravened the Superannuation Industry (Supervision) Act 1993 (SIS Act) on one or more occasions when they were its responsible officers, and the nature, number or seriousness of the contraventions provided grounds for disqualifying them under section 126A(2) of the Act.

Some of these contraventions related to payments that were made from the fund in the income years ended 30 June 2013 and 30 June 2014, which did not meet the conditions of release.

The applicant’s explanation for the withdrawals was that he needed money, including in respect of a new house that he and his wife were renovating.

He also stated that the business he ran had been placed under credit control.

The Commissioner of Taxation submitted that the applicant had compressed the chronology of events, including the house purchase, the renovations, and his business being placed under credit control, so as to suggest his actions were unavoidable.

AAT Deputy President Ian Molloy was satisfied that there was nothing unavoidable in his making the withdrawals.

“He chose the fund as an available source of funds, when there were other options available, including simply not incurring or moderating expenditures,” stated Mr Molloy.

The Commissioner of Taxation also pointed out that monies were withdrawn from the fund for the acquisition of a new Mercedes-Benz.

The applicant’s practice was to authorise the transactions through the internal accountant for his business who had access to the fund’s bank account.

The tribunal found that the corporate trustee of the fund contravened section 34(1) of the SIS Act by failing to ensure the prescribed standards were complied with by allowing a member’s benefit to be paid out of the fund to the applicant, or to his benefit, in the 2013 year and the 2014 year, in breach of the operating standards.

It also found that the corporate trustee contravened section 35D(1) by failing to ensure that the fund lodged its annual returns on time for the year ending 30 June 2009, and for each year during the four year period from the 2013 year to the year ended 30 June 2016.

The tribunal also accepted the Commissioner’s submission that the fund was not maintained in accordance with the sole purpose test and that the Corporate Trustee had contravened section 62 of the SIS Act due to a number of transactions. Some of these transactions included providing the applicant access to superannuation benefits without him meeting a condition of release in the 2013 and 2014 income years.

The tribunal acknowledged that while there was a question mark over whether these payments from the fund were for the benefit of the applicant and his wife or were unauthorised releases or loans, so far as they were loans, the corporate trustee still would have contravened section 65 of the SIS Act.

The applicant claimed that he was told by his accountant that “five per cent of super is considered junk” and that he could use that for his own use as long as it was replaced in the same year.

His accountant denied ever telling the applicant and was confident no one at his firm would have told the applicant this. The tribunal preferred the evidence of the accountant.

“Whether or not the applicant was told by someone else that 5 per cent of superannuation was “junk”, a description which was never really explained, he was always aware that the payments from the fund were not permitted,” stated Mr Molloy in his decision.

The fund was also found to have acquired certain assets from members.

The tribunal accepted that the fund had acquired by way of rollover from a related party, another SMSF, 75 units in an unlisted trust in contravention of section 66 of the SIS Act.

It also accepted that in contravention of section 67, the corporate trustee of the fund borrowed from two related parties.

The corporate trustee was also found to have contravened section 84 of the SIS Act by not ensuring that the in house assets of the fund in the 2013 year did not exceed 5 per cent of its total assets.

The tribunal noted that there was no plan made in respect of the in-house assets.

It was also found that the corporate trustee contravened section 109 of the SIS Act by reason of the fact that the fund lent money to the applicant, and related parties.

Mr Molloy stated that the nature, seriousness, and the number of the contraventions provided grounds for disqualification of the applicant.

“The applicant submits that the Respondent has not shown how the contraventions are serious. I do not accept that submission,” stated Mr Molloy.

“It is evident from the facts outlined above that the contraventions, especially those involving the unauthorised drawings or member loans from the fund, are serious. The fund was virtually depleted of all of its funds. The failure to lodge returns for multiple years, especially in the context of the other contraventions, are also particularly serious matters.”

Mr Molloy also stated that the applicant’s role in the multiple contraventions of the SIS Act was not passive.

“It was accepted that he was responsible for the various acts or omissions. He has not contested the contraventions but he has continued to shift some of the blame to his accountant for 'planting the seed' for his conduct. I have rejected that evidence, but moreover, it portrays a refusal by the Applicant to take full responsibility for his own choices and actions, which even on his own account he knew at the time to be wrong,” stated Mr Molloy in his decision.

“As the respondent submits, the applicant in his evidence sought to downplay his own role in the Corporate Trustee’s contraventions or the seriousness of his conduct. He referred to 'touching' his super fund, but said that his actions were 'unavoidable.'"

Commenting on the decision, Mr Burgess explained that while trustee had offered to undertake an education course with an eligible provider, provide an enforceable undertaking to stop the behaviour that led to the contraventions and put in place strategies to prevent contraventions occurring again, the Court concluded that this was unlikely to mitigate the risk of future contraventions.

“While the trustee had expressed some remorse or contrition for what occurred, this appeared to be in relation to the fact of disqualification; as opposed to any acceptance of the wrongfulness of the conduct,” said Mr Burgess.

“Given that the court concluded that on the balance of probabilities it was likely that the trustee would deviate from the standards required as a responsible officer, disqualification was appropriate.” 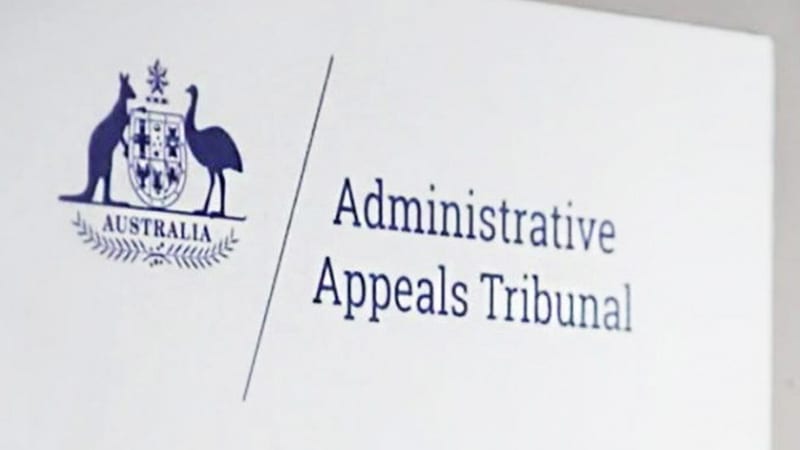