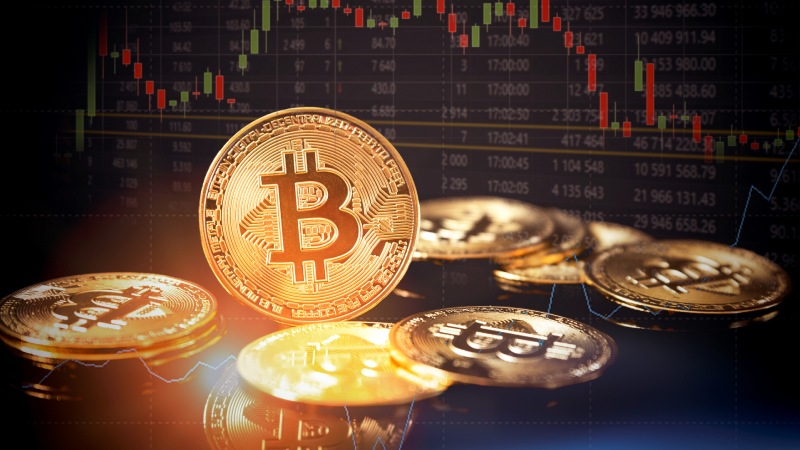 Cryptocurrency is going mainstream at breakneck pace, and with the likes of Tesla, PayPal, Square and Visa diving headfirst into this new asset class, many Australian SMSFs are following suit.

Several major companies, including Tesla, Square, MicroStrategy, Visa and Coinbase, have collectively purchased billions of dollars of cryptocurrency, which has led many SMSFs to change their tune to the idea of cryptocurrency as a long-term investment.

While cryptocurrency has always had its share of sceptics and detractors, as more and more big-name brands start opening their doors and putting Bitcoin and other cryptocurrencies on their balance sheet, many people old and young are coming around to the idea of digital currencies as a legitimate asset class that offers diversification, a hedge against inflation and, of course, the potential for significant growth.

Elon Musk made headlines in early 2021 after announcing that Tesla was buying $1.5 billion USD worth of Bitcoin and would now accept the world’s most popular cryptocurrency as payment for its vehicles. Similarly, MicroStrategy, a prominent business analytics platform, also made waves by adopting Bitcoin as its primary reserve asset. As of December 2021, the company held 124,391 BTC in reserve, which is currently equivalent to around $5 billion USD in BTC.

While retail investors the world over are taking notice, institutional support and belief in cryptocurrency is by no means a new phenomenon. Some household brands have been on the crypto bandwagon since the early days. Both PayPal, Square and Microsoft became early adopters of Bitcoin in 2014, when they began accepting the cryptocurrency as a form of payment.

More recently, Google Pay and Samsung Pay have announced that soon customers will be able to pay with Bitcoin and other digital currencies, with Samsung even announcing that it will be integrating built-in wallets and digital currency key management systems directly into their devices. Given that Samsung captures about 25% of the cell phone market, this will likely accelerate the rate of mainstream adoption and use significantly.

Payments company Square, Inc. now owns over 8000 Bitcoin as of early last year, with CEO Jack Dorsey (CEO of Twitter and Square) being a strong proponent of Bitcoin. In 2018 he stated that he believes Bitcoin will eventually become the world’s single currency within the next decade, stating his belief that digital currencies are an instrument of economic empowerment that provides a way for the world to participate in a global monetary system.

Other publicly traded, non-cryptocurrency companies that have a high level of exposure to crypto, either through investments, partnerships, or side ventures include NVIDIA Corporation, Visa Inc., Mastercard Incorporated, PayPal Holdings, Inc., The Goldman Sachs Group, Inc., and Overstock.com, Inc.

Despite being an industry that has faced no shortage of scepticism, widespread acceptance and billions of dollars of investment from some of the world’s biggest brands are hard to argue with. The last few years have seen a rate of cryptocurrency adoption and investment few could have predicted. Naturally, SMSFs who are looking to achieve a well-diversified portfolio that is up to date with the latest trends are gravitating towards crypto in a big way.

In 2021, the SMSF industry as a whole saw a whopping 90% increase in crypto trading activity, with some Australian exchanges seeing a 25X increase in monthly SMSF sign ups since developing tools and features that cater directly to SMSF advisers.

There are a number of reasons SMSFs would be interested in cryptocurrencies as a long-term investment. The fact that many digital currencies serve as a hedge against both inflation and a precarious stock market makes them an attractive alternative to hedge funds, collectibles and precious metals like gold.

With so many trusted brands jumping aboard the cryptocurrency bandwagon, the concept of digital currencies are being brought from the shadows and out into the public gaze where they can be evaluated without the preconceptions and stigma that that has plagued them until now. As institutional and government adoption grows, SMSF advisers will need to adapt to the changing landscape and add crypto to their offerings.

While the future of cryptocurrency and the rate at which it will be integrated into our everyday lives remains an open question, with so many reputable companies opening their doors and investing heavily into the asset class, it seems likely crypto’s rise will continue. Retail investors and SMSFs have taken notice of this trend and are showing great interest, and the next few years will likely see crypto further legitimised as an alternative asset class and long-term investment.

Written by Digital Surge
Last Updated: 08 December 2022
Published: 22 March 2022
You need to be a member to post comments. Register for free today