6-member funds could spell a ‘recipe for disaster’ Six-member SMSF funds could be a recipe for disaster if not managed correctly and should be an area of concern for advisers if clients are asking about potentially adding more members, according to a law firm.

As Parliament has yet to pass the six-member SMSF bill entering April, the new changes can only come into effect in the next financial year, with recent industry commentary weighing in around the unique benefits it can bring but, equally, its downsides.

Speaking at the Cooper Grace Ward Annual Adviser Conference, partner Clinton Jackson said that, realistically, in their view, the best sort of fund membership structure is still to keep it at the one- or two-member threshold, as the move to a jumbo fund can get really messy and is hard to justify as an appropriate strategy.

“As soon as we add extra complications such as more members with different ideas about how their money should be invested, different investment time frames etc, it’s a recipe for disaster, and the only people who win will be the lawyers who are involved trying to sort these things out,” Mr Jackson said.

“I can tell you we’ve got plenty of files where we’ve had experiences trying to get members out of funds whether it be our client trying to leave or trying to kick out a member who we don’t like and they’re really difficult to resolve and there’s no easy solution.

“So, think very carefully about it before we do it. It is on the horizon, but I just don’t see how it can really be justified for a lot of people just as a matter of course.”

Mr Jackson said that, realistically from an adviser’s point of view, it’s an area that you need to be concerned about if there are clients who are coming to you saying they want to add more members.

“I think if you’re going beyond even sort of the normal one- or two-member funds, I think it is going to be an increasing area of risk for you,” he said.

“If we’re not giving that upfront advice about all the possible pros and cons of adding those members when it goes wrong later, they’re going to be looking for someone to blame.

“It’s going to be one of us, unfortunately, and we’re seeing those liability cases come through where we’ve had auditors a few years ago. We don’t want it to be us for something simple where we can just tell them all the pros and cons about it, so just be mindful of it.”

That being said, six-members funds do offer opportunities for unique benefits that need to be appropriately strategised, but Mr Jackson urged advisers to be mindful of main risk areas that will be seen for SMSFs.

“We have some concerns about how the operation of these funds will actually work. So, what happens if you don’t like one of the members anymore? Can you get rid of them? What happens if it’s your son or daughter-in-law that you let into the fund as a six-member, because you may not want them there forever,” he said.

“Now SIS regulations don’t really help us trying to get rid of members who we don’t like. You need to convince at least three other people that it’s a good idea, because to get my member benefits out, I need the trustee by majority to agree with my request.

“So, if there’s six of us, the majority is four and that’s going to be quite difficult to do, particularly if I’m the problematic member which is always a chance.”

“We all know that in between funds, we need to treat the allocation of profits between members on a fair and reasonable basis,” he said.

“We have some people say they want to put more people into their funds so they can sort of allocate and spread the benefits around and create generational wealth.

“Well, that doesn’t really work because if we’ve all got a member balance and we invest that money, I’m expecting to get my proportionate return back and that must be credited to my member account, I just can’t give it to my kids or palm it down the line and create a multi-generational fund.

“So, I don’t think it really solves a lot of those types of problems that people are trying to get some benefit from.”

Mr Jackson said another issue that advisers need to think about is getting clear with clients on how the decision-making will work.

“So, who’s going to be making decisions? How do we ensure the right people are there to make decisions at the time, what happens if one member loses capacity? And how do we deal with them needing to appoint attorneys and all those sorts of fund things,” he explained.

“Also with six-member funds, if something goes wrong, all six members, trustees, directors are going to be liable for whatever penalties the ATO wants to dish out.

“If you have kids in funds that are really non-active, we’ve seen files where someone, usually one of the parents, has done something a little bit dodgy like a property development or something of the likes. The kids know nothing about it, the ATO comes and, unfortunately, everyone who is on the record as being a trustee is liable for whatever penalties the ATO is dishing out.

“We need to be thinking through some of these issues before we consider whether it’s a good idea to be added to a multi-member fund and whether we want to add other people if it is our fund as well now.”

Another issue to keep in mind with six-member funds is the way in which the death benefit payment process or the decision process actually works, Cooper Grace Ward senior associate Steven Jell added.

More members generally can create more problems and more issues to be considered regarding paying out that death benefit.

“If we’re worried about having more than one trustee or more than one director where a decision is made by a majority, for example, where a surviving spouse being outvoted when it comes to the death benefit payment decision process, locking in a death benefit by way of a binding death benefit nomination becomes a really good idea,” Mr Jell said.

It is also important to consider that a death event is also a cashing event, with Mr Jell explaining that the superannuation death benefit entitlements need to be paid from the fund, so generally, as one lump sum unless some specific exceptions apply, so to the surviving spouse or to a child who is a tax dependent by way of a pension.

“Having more members does not just allow the member entitlements to be reallocated to other members within the fund; they must leave the superannuation environment,” he said.

“There’s no mandatory requirement that a person be a member for them to receive a pension payment as well.”

6-member funds could spell a ‘recipe for disaster’ 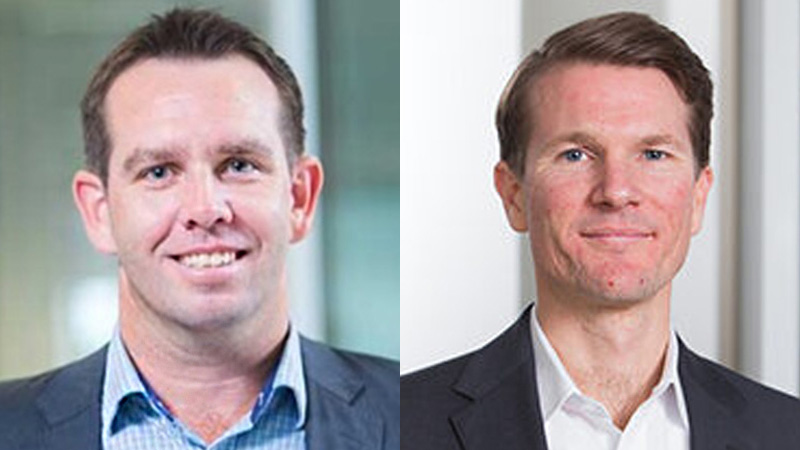