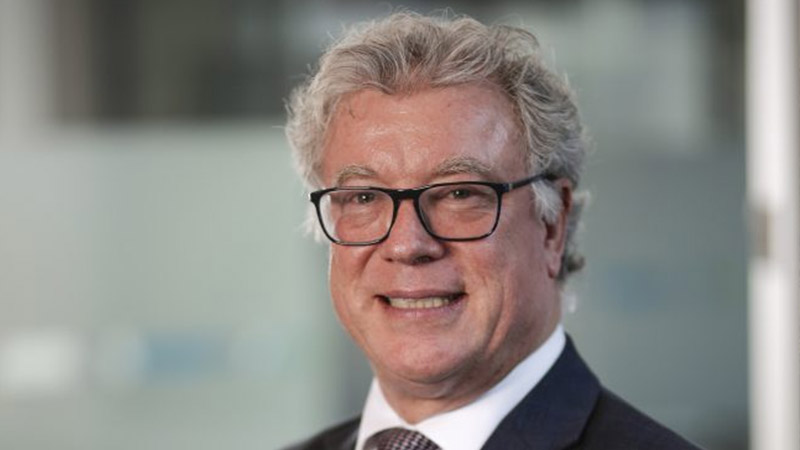 New research examining the costs of running an SMSF has questioned previous statements by ASIC that SMSFs with balances lower than $500,000 are generally uncompetitive with APRA-regulated funds.

In a new report, Costs of Operating SMSFs 2020, the SMSF Association and Rice Warner conducted research to determine the minimum cost-effective balance for SMSFs.

The report, sponsored by SuperConcepts, was designed to assist industry to compare estimates of fees for different SMSF balances and review the comparable costs of holding superannuation in an APRA-regulated super fund.

The analysis was based on the statutory costs and fee structures for SMSF service providers in comparison to the fee structures of APRA-regulated funds.

The report also looked at expenses, cash flow and balance information for approximately 100,000 SMSFs, which enabled actual costs to be considered.

SMSFs were separated into different find types, including separation into funds by number of members, funds in accumulation or pension phase or both, and funds by size of investments.

The report found that a reduction in fees for SMSFs and retail funds and the increase in fees for industry funds since its earlier 2013 report have changed the relative competitiveness of SMSFs in comparison to APRA-regulated funds.

“It is also clear that fees considerably lower than those on pricing schedules are being charged to some SMSFs, which means that they are competitive even at small sizes,” the report stated.

Based on the analysis, the research found that SMSFs with $100,000 to $150,000 are competitive with APRA-regulated funds, provided that the trustees use cheaper service providers or undertake some of the administration themselves.

The report noted that the low and mid-range fees for SMSFs for compliance administration are in the range of fees for APRA-regulated funds.

“It would therefore be possible for members with balances of these sizes to obtain a modest reduction in costs by moving to an SMSF, provided the trustees avoid the more expensive SMSF providers,” it said.

Between $50,000 and $100,000, the cheapest SMSFs become cheaper than only the most expensive APRA-regulated funds, according to the report. This assessment was in line with the earlier 2013 research.

In terms of SMSFs with $200,000 or more, however, these funds are competitive with both industry and retail funds, even for full administration services, according to the new analysis.

Fees in the lower range for SMSF administration for balances in this category are generally lower than the fees for industry and retail funds, the report said.

“Members moving to SMSFs from industry or retail funds with balances at this level could obtain equivalent or cheaper fees,” it explained.

The research also found that for balances of $250,000 or more, SMSFs become the cheapest alternative provided the trustees undertake some of the administration, or, if seeking full administration, choose one of the cheaper services.

For SMSFs requiring full services, these funds can be competitive where they use a lower-cost supplier and their balance is at least $150,000 of assets.

At sizes of $500,000 and above, SMSFs are generally the cheapest alternative, particularly where the SMSF only has accumulation accounts.

Even where the SMSF has pension accounts, however, only the highest full administration fees exceed the lowest fees of APRA-regulated funds.

“This assessment is different from our 2013 assessment, which found that SMSFs of this size were only competitive (i.e. within the range of fees for APRA-regulated funds), but not cheapest, on a full-service basis and only cheapest if the trustees undertook some or all of the administration functions,” the reported stated.

Implications for advice on SMSFs and superannuation

In its industry takeaways report discussing the same research, the SMSF Association stated that the research clearly highlights that SMSFs with low complexity can begin to become cost-effective at $100,000.

“This is a significant departure from what many had believed to be the case. For simple funds, $200,000 is a point when SMSFs can become cheaper in some situations,” the report said.

The information in the report, it said, will be useful not only for advisers and regulators in understanding the market, but also for potential and current SMSF trustees.

“Grasping the ranges they fall into based on the level of complexity and compliance needs they have, should open the door for many individuals to explore taking more control of their own superannuation. It also enables individuals to compare their own fees.

The report explained that ASIC’s Information Sheet 206, which provides guidance for AFS licensees and their representatives, has been influential in restricting the advice provided to many SMSFs below $500,000.

The information sheet states that on average, “SMSFs with balances below $500,000 have lower returns after expenses and tax, and will often be uncompetitive, compared to APRA-regulated funds”.

“Therefore, in many cases, a recommendation for a retail client to set up an SMSF with a balance of $500,000 or below may not be in their best interests as they may not be in a better position when compared to using an APRA-regulated superannuation fund,” the information sheet explains.

The SMSF Association said it is important that advisers have details about the actual expected costs involved in establishing, operating and winding up an SMSF.

“Hopefully, this research demonstrates the fact that there are many options for potential SMSF trustees to establish a cost-effective SMSF with a balance of $200,000 or more,” the report said.

“Notwithstanding current ASIC guidance, AFS licensees should feel more comfortable that SMSFs between $200,000 and $500,000 can be recommended in the best interests of clients. The latest Rice Warner research is based on similar methodology (while including more recent and extensive data) to that used in their report for ASIC in 2013, before the original INFO 206 guidance was issued with a $200,000 reference point.”

SMSF Association chief executive John Maroney said he hopes that this most recent research report lays to rest any arguments that SMSFs are not competitive on cost compared with the APRA-regulated superannuation sector, with the report graphically illustrating that the reductions in fees for SMSFs and retail funds and the increase in fees for industry funds since the initial report has changed the relative competitiveness of SMSFs in comparison with APRA-regulated funds.

“This is welcome news for the SMSF sector as the cost of running SMSFs, especially those funds with balances below $500,000, has been used as a key factor as to whether an SMSF is viable or not. This report should bring that false analysis to an end,” said Mr Maroney.

SuperConcepts chief investment officer Grant Christensen said the impact of lower SMSF operating costs means that there is a lower threshold at which funds become competitive.

“While the issues with small value funds will always exist, it has been encouraging that they grow quickly,” said Mr Christensen.

“Other positive signs are the age at which SMSFs are being established is now in the 35 to 44 age bracket and a significant proportion of small-business owners deciding to forge their retirement destiny.”

Also commenting on the report, Heffron managing director Meg Heffron said the report illustrates what many in the industry know but what others have failed to understand.

“SMSFs are actually cheaper than you think, but you can’t reduce their administration costs to a single universally appropriate number unless you’re happy for that number to often be wildly wrong. It’s very disappointing that ASIC has historically misled consumers but hope this new analysis will prove useful for ASIC going forward so they can now accurately educate consumers,” said Ms Heffron.

“Under plenty of scenarios, SMSFs of more than $500,000 were cheaper than APRA-regulated funds, and they became competitive relative to APRA funds at around $200,000, but the exact comparison of operating costs depends on the choices made by trustee. This highlights one of the brilliant things about SMSFs – that people make choices about their superannuation and those choices can change and evolve over time.”