There is rising contention among SMSF experts around what implications the decision handed down by the Federal Court of Australia on the Aussiegolfa case will have for the sole purpose test and SMSFs.

In August, the Federal Court of Australia handed down its judgement for Aussiegolfa Pty Ltd (Trustee) v Commissioner of Taxation.

Justices Anthony Besanko, Mark Moshinsky and Simon Steward concluded that the leasing of a residential property held by a sub-fund, of which the SMSF was invested, to the daughter of the SMSF member, was not a breach of the sole purpose test.

SuperConcepts general manager of technical services and education Peter Burgess recently pointed out that while the court’s decision does appear to deviate from the ATO’s long-held position that a member or a relative cannot receive a personal benefit from the fund, even if the fund receives a market rate of return for the benefit that has been derived, the outcome may have been different if the trustee had known about the benefit when they invested.

In this particular case, the personal benefit that was derived from the relative did not happen to almost three years after the trustees had decided to make that investment, he explained.

“So the trustees were clearly able to demonstrate that it did not influence their decision to invest in that particular investment. But would this situation have been different if they knew at the outset that the personal benefit would be derived by the relative – I think it might have.”

David Oon, head of legal and compliance at Selfmade, believes the implications of the decision extend further than this, however, and that even if the SMSF had formed an intention at the outset to invest in a way that provides a benefit to a related party, it’s possible that the sole purpose test would still have been met.

Mr Oon, who had prior involvement in the case during his previous role at DBA Lawyers, said the judges in the full Federal Court “did not focus on whether present day benefit, related party benefit or accommodation benefit was provided”.

“Justice Steward flatly said in the judgment that just because a related person receives a benefit, does not necessarily mean that the sole purpose test is breached. His Honour even agreed that the daughter in the case did receive a benefit of student accommodation. But since arm’s length rent was paid, the sole purpose test was not contravened, because the SMSF’s funds were not dissipated and it was still in a position to fulfil its purpose of providing super benefits.”

Mr Oon said that the Aussiegolfa decision has radically changed the position on the sole purpose test, making it the most important case on the topic to date.

“The case explains the sole purpose test in a way that is different from ATO ruling SMSFR 2008/2, and what’s more, the case has been handed down from the full Federal Court, which is much higher in the hierarchy than other decisions we’ve seen. It will be very interesting to see how the ATO responds to this development.”

Townsends Business & Corporate Lawyers associate Julie Hartley agreed that the main focus of the court in this decision was whether the rent was being paid at market rates as this would impact the investment strategy of the fund.

“The court took the view that, in the above circumstances, the identity of the tenant was irrelevant in determining whether the fund had complied with the sole purpose test or not.”

Ms Hartley said it’s important to keep in mind, however, that while an arrangement may not breach the sole purpose test, it may still be in breach of other limitations in the SIS Act such as the in-house asset rules for instance.

She also noted that while this is the latest judicial decision on this issue, the position may still change in the future if the ATO decides to appeal the decision to the High Court.

At a recent conference in Melbourne, ATO deputy commissioner James O’Halloran said the ATO is still considering its formal position on the outcome of this case. 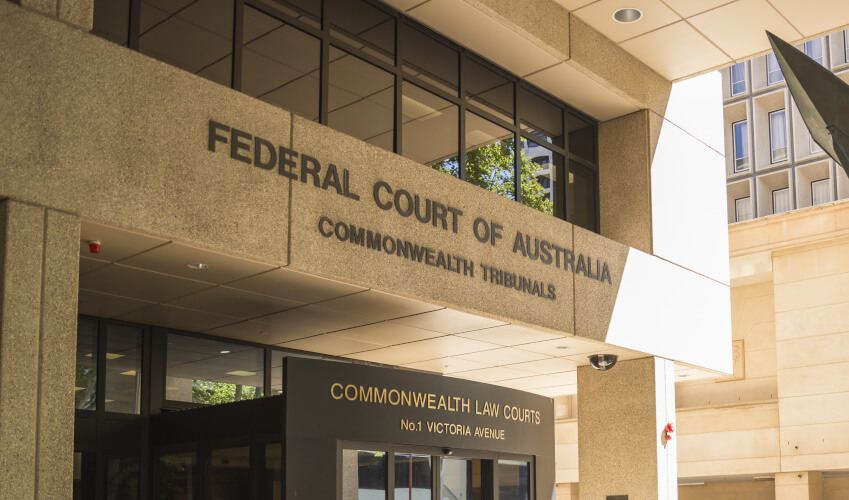