The government is undertaking consultation for two taxation measures for limited recourse borrowing arrangements, including the proposal to include an outstanding loan balance as part of a member’s total super balance.

In April last year, the government released draft legislation that contained amendments to the rules around limited recourse borrowing arrangements, fearing they could be improperly used to circumvent the contribution caps.

One of these amendments meant that where a loan repayment is paid from an accumulation interest, but the asset that’s been purchased under the LRBA is allocated to the pension interest, this gives rise to a credit in the member’s transfer balance account. This amendment was legislated in June last year.

Another amendment, to include the outstanding loan balance in the calculation of the member’s total super balance, received considerable industry backlash, with Treasury agreeing to undertake further consultation on the issue.

Minister for Revenue and Financial Services, Kelly O’Dwyer released draft legislation and a consultation paper on for public consultation on Thursday.

The consultation paper states that the first measure will “only affect those funds whose members have a TSB at, exceeding or approaching $1.6 million”.

“It would only affect capacity to use an LRBA where the borrowing cannot be repaid using the fund’s own resources in combination with concessional contributions,” he said.

Under the second measure, the government will amend the NALI rules contained in section 295-550 of the Income Tax Assessment Act 1997 (Cth) to ensure that superannuation entities cannot circumvent these rules by using non-arm’s length expenditure rather than non-arm’s length income.

“This amendment is intended to deny concessional taxation treatment to income derived from a non-arm’s length arrangement where fund expenditure is set below-market rates, reducing opportunities for members to increase superannuation savings in a way that is not included in the contribution caps,” the paper explained.

“The current NALI rules ensure that income derived from related party transactions does not receive concessional tax treatment if it is higher than could be derived on commercial terms. However, the rules do not currently take into account fund expenditure incurred that would normally apply in a commercial transaction, which reduce non-arm’s length income.”

The proposed amendment, the paper said, would include these expenses, meaning that these arrangements with higher net income will not receive concessional tax treatment.

Ms O’Dwyer said the measures are intended to ensure that “LRBAs or related party transactions cannot be used to circumvent contribution caps”.

“They are not intended to prevent the use of LRBAs,” she said.

“Stakeholders are invited to comment on the consultation paper by lodging a submission online via the Treasury website. Submissions will close on Friday, 9 February 2018.” 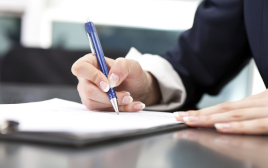