An SMSF advocate group has hit back at various assertions made by the Australian Institute of Superannuation Trustees relating to the asset allocations of SMSFs and their involvement in the residential property market.

In a supplementary submission to the Productivity Commission’s review into superannuation, the Self-managed Independent Superannuation Funds Association (SISFA) said while it understands that submissions made as part of the review will reflect opinions and biases, claims made by AIST “are so prejudiced against SMSFs they cannot go unchallenged”.

In its own submission to the Productivity Commission AIST stated that the “collective investment profile of SMSFs represents an inefficient misallocation of capital at the national level”.

“The relatively conservative approach of SMSF trustees stood them in good stead during the GFC when they lost less value than the APRA funds,” said Mr Fairweather.

“As the global and Australian economies have improved since then, APRA funds have performed better than SMSFs but the performance trend over five years is similar.”

The SISFA submission also disputed AIST's claim that the $97.9 billion invested by SMSFs collectively in property along with borrowings by SMSFs through limited recourse arrangements has “helped inflame the property market”.

The property market, Mr Fairweather said, can be influenced by many factors including the condition of the economy, employment levels, real wages, population growth, immigration, foreign buyer demand, supply of land and housing stock, demographic changes, availability of finance and interest rates.

The SISFA submission pointed out that there are strict rules backed by law, governing contributions to superannuation funds and the taxation of earnings derived from fund assets.

“Trust earnings derived on a non-arm’s length basis are in fact subject to tax at the top marginal tax rate which is currently 47 per cent, resulting in no loss to the revenue,” said Mr Fairweather.

“SMSF financial accounts are subject to audit and the ATO has effective powers to investigate and impose serious penalties for any breaches of the rules.”

The ATO’s SMSF statistics, he said, indicate that only 2 per cent of SMSF financial accounts are qualified by their auditor and half of these are rectified before the accounts are lodged.

“This does not suggest an endemic risk to the revenue from SMSFs,” he said. 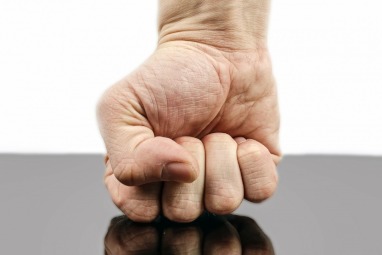