With the end of the financial year only a few weeks away, one firm has highlighted last-minute steps that can be taken to minimise tax liabilities for SMSF clients.

HLB Mann Judd Sydney tax partner Peter Bembrick said one of the areas practitioners need to review with clients is their deductible and non-deductible debt.

"It’s a good idea to pay down non-deductible debt, such as a mortgage, wherever possible, as no tax deduction can be claimed on this debt," said Mr Bembrick.

"However, deductible debt, such as a loan on an investment property, can be claimed as a tax deduction. One strategy is to take out an interest-only loan for investment purposes, and then make all principal repayments against the home loan and any other non-deductible debt."

When the strategy is set up correctly, it is perfectly acceptable to the ATO, he said.

"However, be careful about restructuring debt solely to avoid tax, as this could attract the attention of the ATO," he warned.

While there is still uncertainty around whether the superannuation changes proposed in the federal budget in May will come into effect, for most people, he said, it is still worth considering making additional tax-deductible contributions to superannuation.

"If the government has its way, the annual concessional contribution cap will be lowered to $25,000 for everyone from 1 July 2017," he said.

"Therefore anyone who has the ability to do so should consider making additional deductible contributions."

While it may seem simple, practitioners should also remind clients to prepay deductible expenses at 30 June for up to 12 months of prepaid expenses.

"The idea is to make any tax-deductible payments, such as donations, subscriptions and income protection insurance premiums, before 30 June to ensure that they make it into this year’s tax return," said Mr Bembrick.

Mr Bembrick said that, as with super contributions, it’s important to make the payments well before year end.

"For instance, a donation to a charity is recorded as the date it is received, not the date it is sent, so any cheques or payment forms should be sent a week or two before 30 June to make sure they count in this financial year, not next," he said.

While the decision to take out private health insurance, he said, should not be driven by tax considerations, it is important clients understand the impacts.

One industry lawyer has outlined areas that the ATO has increased its surveillance and activity broadly and in the SMSF sector, noting it is getting particularly "aggressive" with offshore investments. 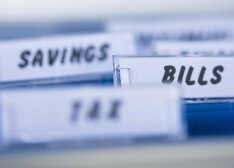