BDBNs can be a powerful and important tool in a member’s succession planning toolkit. However, caution should be exercised by advisers and SMSF members about planning for attorneys to deal with a member’s BDBN.

The precise role of a person acting as an attorney under an enduring power of attorney (EPoA) in relation to dealing with a member’s binding death benefit nomination (BDBN) is an issue that has attracted increased attention in recent years. Accordingly, SMSF trustees, members, advisers and beneficiaries need to be aware of the law and the risks associated with attorneys being involved with BDBNs.

Questions regarding the scope of an attorney’s powers invariably arise where an attorney is contemplating making, renewing, or revoking a BDBN for a member who has lost or is about to lose legal capacity. The proper role of a member’s attorney can also become a relevant issue in relation to managing the ongoing appropriateness of a member’s existing BDBN, particularly in light of the High Court’s recent confirmation that BDBNs for SMSF can last indefinitely (see Hill v Zuda Pty Ltd [2022] HCA 2). Prior to the High Court decision in Hill v Zuda some SMSF members had instructed their attorney to renew their BDBN every 3 years.

This article examines the relevant issues for attorneys in dealing with BDBNs in respect to SMSFs.

The role of an attorney

This article is not focused on the attorney’s role at the trustee-level for the fund which is naturally very important — as a sound succession plan should always include consideration of a clear pathway for a trusted person appointed as an attorney under an EPOA becoming a trustee or a director of a corporate trustee in place of a member who loses capacity or cannot act.

Rather, this article focuses on the role of attorneys in relation to membership rights and entitlements in connection with dealing with BDBNs.

As discussed below, there is only limited legal authority for an attorney acting under an EPoA to deal in relation to a member’s BDBN. It is also necessary to consider the following in relation to the authority of the attorney:

The starting point is that different legislation in each state and territory governs EPoAs, so care must be taken to ensure that the specific power of dealing with superannuation is supported by the EPoA. Note there is no common law power of attorney as these are governed by specific state or territory legislation.

Only the Powers of Attorney Act 2000 (Tas) expressly recognises the power of an attorney under an EPoA to exercise power on behalf of the donor/principal with respect to superannuation. Accordingly, there is a question of whether an attorney dealing with a member’s BDBN falls within the scope of general financial powers for EPoAs made outside of Tasmania.

The main legal authority with regard to this point is Re Narumon Pty Ltd [2018] QSC 185 (Re Narumon). In Re Narumon, the court held that exercising a member’s rights in relation to BDBNs for an SMSF fell within the scope of a financial matter for the purposes of an EPoA made under the Powers of Attorney Act 1998 (Qld). Bowskill J stated ([69]):

…It is difficult to see why the exercise of a member’s right under a self-managed superannuation fund deed, to require the trustee of the fund to pay benefits, after their death, in a particular way would not be “a matter relating to the [member’s] financial … matters”. Given the breadth of meaning of the word “financial” (of, pertaining, or relating to finance or money matters) such an act does fall within the meaning of this term.

Accordingly, in Queensland and Tasmania there is some authority for the proposition that an attorney making a BDBN may fall within the scope of a general financial power.

While DBA Lawyers considers that there is some likelihood of the courts in jurisdictions outside Queensland following the reasoning in Re Narumon in relation to construing the power of attorney legislation in other jurisdictions, this is certainly not a matter of settled law given the differences in the legislation from one jurisdiction to the next. Accordingly, in addition to seeking legal advice in the particular jurisdiction to see if it is possible for an attorney to make, vary or revoke a BDBN, express wording should also be included in the EPoA instrument and SMSF deed to expressly cover the position.

DBA Lawyers assists clients with appropriate wording to be included in an EPoA instrument in view of the client’s particular circumstances, eg, to:

Note we do not recommend relying on a general purpose EPoA which is typically drafted based on a generic template without having appropriate wording in place to address the member’s individual circumstances and needs.

Authorised under the SMSF deed

Cases such as McFadden v Public Trustee for Victoria [1981] 1 NSWLR 15 and Re Application by Police Association of South Australia (2008) 102 SASR 215 illustrate that an attorney under an EPoA is not automatically empowered to deal with a donor/principal’s entitlements under a trust. Therefore, the terms of the SMSF deed are critical in regard to what the attorney is authorised to do without this being outside the powers in the deed (ie, ‘ultra vires’).

In particular, the deed must expressly authorise the attorney to exercise the member’s rights and entitlements under the governing rules of the fund, including in relation to any intended dealings with a member’s BDBN. In the absence of express power in the SMSF deed, an attorney may not have the requisite power to act as the deed governs what the trustee can and cannot do.

Moreover, a trustee that acts without power will be liable for any breach of trust and thus damages.

Duties of the attorney

The final issue that must be considered is the attorney’s fiduciary duties:

Will the attorney be conflicted?

Most importantly, an express conflict authorisation is needed in the EPoA instrument if it is proposed that an attorney make a BDBN on behalf of a member where the BDBN will benefit the attorney personally. (Naturally, this is a common scenario where the attorney is the spouse or an adult child of the member.)

In Re Narumon the relevant SMSF member (Mr Giles) had made a number of BDBNs prior to losing legal capacity. The last nomination he made was dated 5 June 2013. This nomination required the trustee to pay Mr Giles’ death benefit to Mrs Giles (47.5%), Nicholas (47.5%) and Mrs Keenan (5%). The nomination stated that it would cease to have effect after a 3-year period ending on 5 June 2016.

On 16 March 2016, the attorneys (aware that the existing nomination was soon to lapse) executed a document entitled ‘extension of [BDBN]’by which the nomination made by Mr Giles on 5 June 2013 was confirmed and extended for a further 3-year period.

At the same time that the ‘extension of [BDBN]’document was executed, the attorneys made a new nomination on behalf of Mr Giles requiring the trustee to pay the death benefit to Mrs Giles (50%) and Nicholas (50%). The reason for the new nomination being put in place was to expressly address the situation of Mrs Keenan not being a valid dependant of Mr Giles for superannuation law purposes.

In these circumstances, the court held that:

Of course, it should go without saying that the choice of appointing an attorney under an EPoA is a very critical one and only the right ‘trusted’ person should be chosen to act in this role.

Although a member may have some flexibility to substitute their nominated attorney for a different choice prior to losing legal capacity, it is likely to be difficult and costly to dislodge a nominated attorney once a member is incapacitated as generally an application would need to be made to a state or territory tribunal under guardianship law, eg, to appoint a new administrator and have the EPoA revoked as part of a contested proceeding.

Therefore, every EPoA appointment should be reviewed at least every three years to ensure it is valid, has express power (if needed, eg, for paying the attorney or making, reviewing or revoking a BDBN, as relevant, etc) for its ongoing appropriateness, particularly prior to the member losing capacity or reviewing their will and estate plans.

BDBNs can be a powerful and important tool in a member’s succession planning toolkit. However, caution should be exercised by advisers and SMSF members about planning for attorneys to deal with a member’s BDBN.

This is a complex area where significant uncertainty still exists and these documents should not be prepared by non-qualified advisers who will most likely be undertaking legal work and voiding their professional indemnity insurance cover. We strongly recommend that legal advice from an expert SMSF lawyer is obtained before undertaking any strategies that rely on an attorney revoking, renewing or making a BDBN on behalf of their principal. 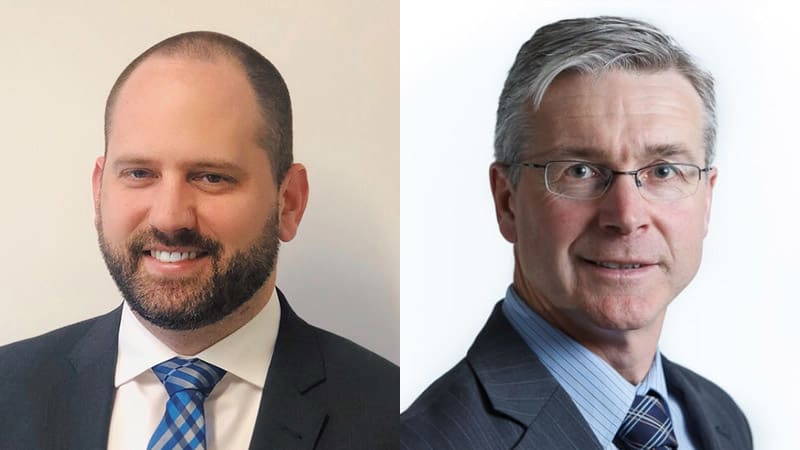