A global economic slowdown of significance is underway. Rolling recessions are likely in the next eighteen months as key regions are pounded by supply shocks relating to pandemic complications, war in Ukraine and rising interest rates.

Tailwinds for corporate earnings and share prices over the last three decade now appear less supportive, so more astute asset allocation decisions are required. The long rise in corporate profits as a share of GDP is under threat. This ratio in the US rose as high as 12.1% this year from 4.1% in 1989, helped by falling interest rates and taxes during the period. Wages costs also fell due to reduced union influence, automation and the shift of work to lower cost regions.

Now, rates are rising, labour markets are tight, taxes are unlikely to fall further, and geopolitical tensions encourage insourcing of production, at least at the margin. Automation remains as a threat to worker power, however. 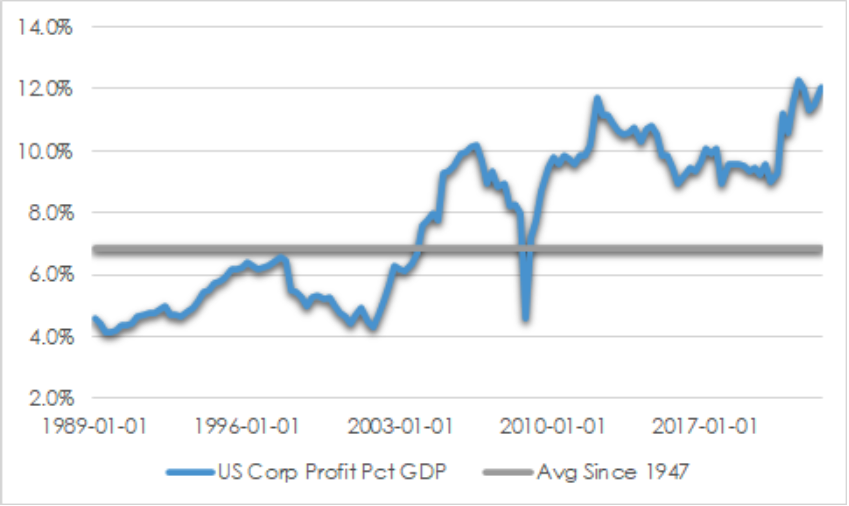 After the extended period of highly accommodative monetary policy, the speed and scale of interest rate increases this year threatens to destabilise the financial system. Weakening housing markets are indicative of the strain some sectors are under. Risks of large-scale credit accidents cannot be ignored, particularly in less well-regulated arenas such as hedge funds and private equity. Some comfort is offered by generally well-capitalised banks in advanced economies and low loan arrears, though these are likely to rise as higher energy costs and interest rates bite.

The sharp rise in the US dollar, partly reflecting the aggressive rise in US rates, is increasingly burdensome in various areas. Developing economies are particularly troubled by more expensive food and energy costs often paid in US dollars, while US dollar denominated debt becomes more costly to service.

Inflation appears set to remain much higher for an extended period than individuals and central banks wish. Consumer demand remains too strong and the labour market may take an extended period to soften enough to ease price pressures sufficiently. US inflation remains above 8% at the headline level and 6% core despite lower oil prices and some easing in shipping costs and supply chain bottlenecks. In Europe these numbers are 9.9% and 4.8% respectively. Wages and services inflation are likely to keep underlying price increases above target levels until 2024.

US wages growth of 5% per annum, needs to soften to allow inflation to ease. However, demand for workers has exceeded supply since before the pandemic and may take time to fully adjust. Job openings are starting to decline but remain well above available workers. In September there were 10.7 million unfilled positions across the United States and only 5.8 million people without work. This imbalance has not just occurred recently. Openings have exceeded unemployed persons since 2017. 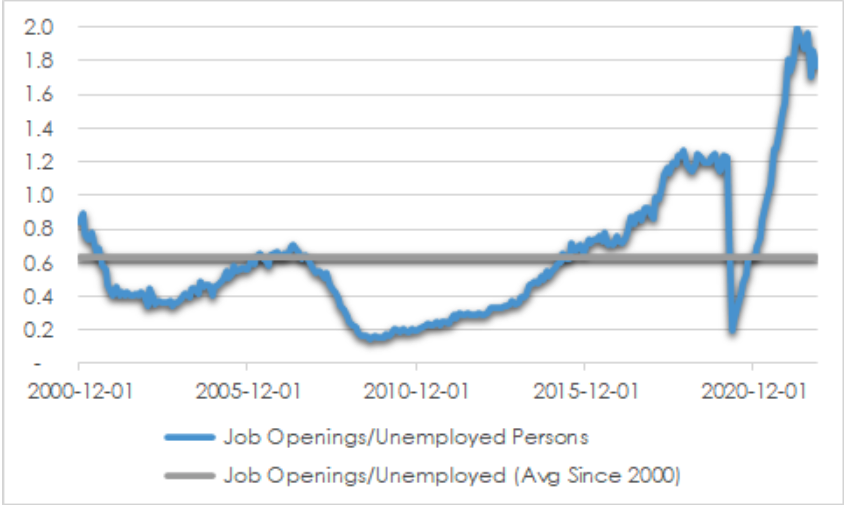 Resilient inflation indicates tighter monetary policy is required. The US Federal Reserve is sensitive to incoming economic data, but even that may not prevent a lift in rates at least to 4.5-5.0% in the next several months while also reducing the size of its balance sheet. Monetary policy is arguably still expansionary with Fed Funds Rate 4.0% and underlying inflation 6%. Real rates of -2.0% are unlikely to be high enough yet to restrict demand. To subdue inflation, unemployment must rise. This will weigh on growth in most sectors and further challenge property and equity valuations.

Fed chair Jerome Powell appears to be realising the necessity of higher rates than expected just a couple of months ago. At the news conference following the November Fed meeting he said: ”What I am trying to do is make sure our message is clear, which is that we think we have a ways to go, we have some ground to cover with interest rates, before we get to that level of interest rates that we think is sufficiently restrictive”.

Other central banks may be nearer peak cash rates given the sharper slowing in activity expected in Europe and lesser upward pressure in wages. Households in the US may be less sensitive to interest rate increases give the higher proportion of fixed 30-year loans. Australia’s relatively subdued wages gains and more leveraged households implies a more benign tightening cycle.

Long-term inflation expectations remain well anchored. This indicates the US Federal Reserve maintains credibility with regard to fighting inflation over the long term despite being too slow to begin raising rates while inflation raged last year and early this year. Softening demand could allow oil prices to decline further in coming months despite recent plans by OPEC+ to cut production. 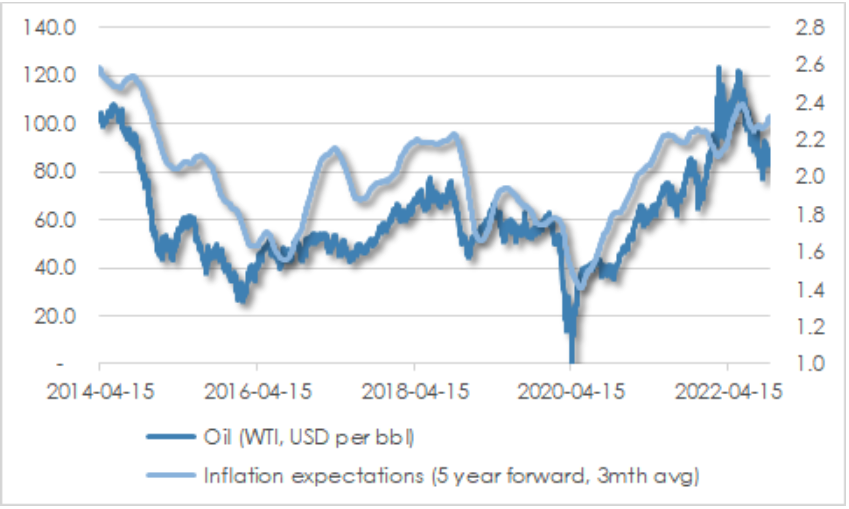 A cautious stance toward risk assets is warranted despite the losses already borne by investors this year. Central banks need to continue to tighten monetary policy. Demand must fall to allow inflationary pressures to subside. Corporate margins are being pressured as volume growth wanes while wages and debt costs rise.

Forecast earnings remain overly optimistic, so sporadic selloffs are likely as realities surprise on the downside. It will be hard for equities to bottom until rates peak and profit estimates are cut.

For several years many high growth stocks traded on astronomical earnings multiples that were increasingly difficult to justify. Rising rates mean that valuations matter more. Investors now have in cash a viable lower-risk alternative asset class that offers a better return than it has for some time.

Our valuation models encourage a neutral exposure to equities overall. Internationally, we are underweight the US which is stretched on valuation while earnings forecasts remain too high, in favour of Europe and Japan which are better priced and have more subdued profit assumptions.

We are neutral Australian equities with cash available and prefer defensive equity sectors healthcare and utilities over economically sensitive consumer discretionary, industrials and financials. High levels of fear typically lead to investment opportunities. We expect to be able to add to outstanding businesses at relatively attractive prices during pullbacks in the next several months. 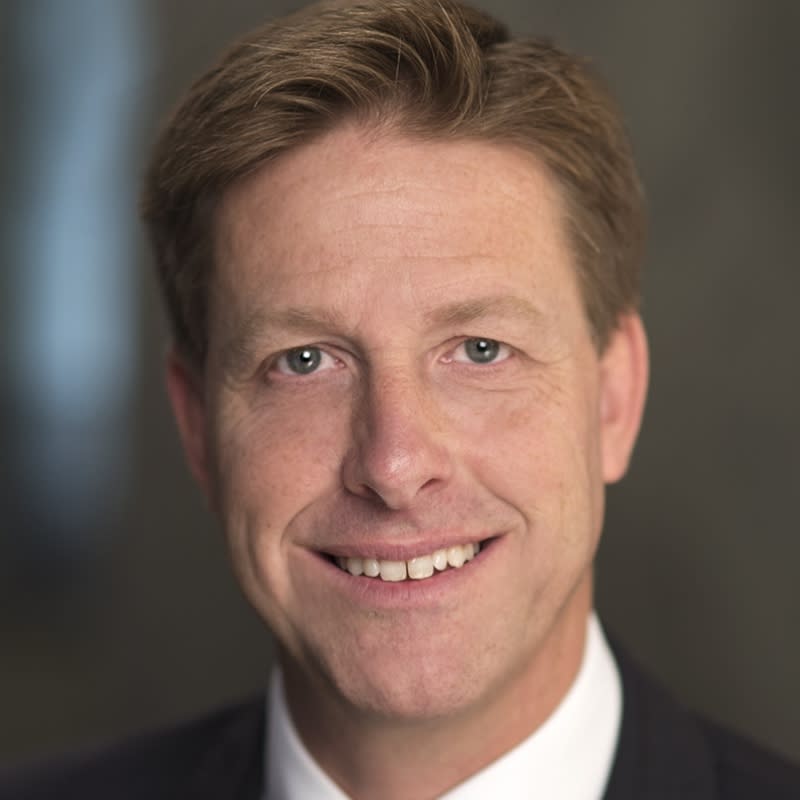