Fee referral benchmark throws a challenge to SMSF audit firms — is it justified?

The APESB has recently issued exposure draft amendments to fee provisions in the APES 110 Code of Ethics. The predominant focus is on areas of concern raised by the parliamentary joint committee (PJC).

But one proposed change was prompted by considerations outside the PJC inquiry.

It’s a change that reflects concern regarding auditor independence and the referral system by which SMSF auditors frequently engage with mum and dad trustees.

When the total fees in respect of multiple Audit Clients referred from one source represent more than 20 per cent of the total fees of the Engagement Partner, an Office of the Firm or the Firm expressing the audit opinions, the Firm shall evaluate the significance of the threat and apply safeguards when necessary to eliminate the threat or reduce it to an acceptable level.

Where a large portion of revenue is derived from a single referral source, there is a risk that the auditor will become dependent upon that fee source and experience self-interest and possibly intimidation threats in performing those engagements.

Until now, APES 110 dealt with referral source dependency in a rather nebulous way. Where a “large proportion” of fees was derived by a single referral source, a firm was required to consider implementing appropriate safeguards. A “large proportion” was not defined. In assessing the threats, the firm was to evaluate its operating structure, whether the firm was new or well established, and the qualitative significance of the referral source. It was a self-assessment test and fell outside the fee dependency rule in R410.15, which considers situations where the fees of a single client exceeded 30 per cent of firm total fees over five consecutive years.

There’s certainly a gap that codification of a referral fee benchmark might fix.

But is 20 per cent an appropriate threshold?

What happened to qualitative considerations?

Should there be a period of grace for new firms with tight budgets and heads down in the (sometimes discouraging) search for new clients?

Many SMSF auditors are raising these concerns. Let’s take a moment to review.

The 20 per cent referral fee threshold was initially presented as guidance by the ATO. It was intended as a highwater mark — a point at which any SMSF auditor should flag an independence check. But a percentage benchmark is only the quantitative view. Qualitative considerations are equally important and require case-by-case assessment.

Qualitative factors may create self-interest or intimidation threats at a lower threshold than 20% per cent. For example, the loss of a referral source comprising 10 per cent total fees might cause two other referral sources to rise above the 20 per cent threshold and leave the auditor with tough decisions and a headache.

Alternatively, a firm with several referral sources exceeding 20 per cent may have a demonstrated history of consulting independent colleagues or industry experts on challenging calls and delivering audit opinions without fear or favour.

Codification of the 20 per cent threshold may prove onerous to firms that do not experience self-interest or intimidation threats or have successfully managed these threats for years.

Unfortunately, it will be the smaller, specialist practices that suffer from obligations to appoint an appropriate reviewer. Some practices will struggle to operate under these conditions. There will be unintended consequences.

The basis for this differentiation is unclear. Ultimately, dependence upon a single revenue source presents the same self-interest or intimidation threats, irrespective of the manner in which that income stream is derived. Indeed, while an individual client may exert pressure upon the auditor directly, disgruntled trustees are less able to do so in a referral-type situation. If the referring accountant attempts to influence the auditor on behalf of their client base, the risk is no higher than if that fee source represented the revenue stream from a single, large client.

The SMSF auditor also benefits from certain safeguards against self-interest and intimidation threats. They must report misdemeanours (sometimes quite small ones) in accordance with ATO requirements. An SMSF auditor may stand on these reporting principles when under pressure. An auditor’s accountability in reporting is continually reinforced by professional body and regulator review.

There are cowboys in every line of audit. Is the SMSF auditor under particular suspicion?

The first significant referral source is rain in the desert.

The best efforts do not usually produce a well-balanced client base in less than three to five years. New firms must guard against fee dependency threats like all others, but they often lack resources to finance extensive engagement reviews. They typically employ other measures, such as consultation among colleagues or experts on challenging judgements.

The proposed AUST R410.14.1 does not differentiate between new and established firms and will increase barriers of entry into the SMSF audit industry.

Along with other objections, this is a hard call.

Many in the industry are baulking.

The jury is still out on this proposed amendment to APES 110 Code of Ethics. The APESB is calling for comments on its exposure draft. These close on 31 August 2021. Don’t miss the opportunity to contribute by making a comment at https://apesb.org.au/current-projects/.

Fee referral benchmark throws a challenge to SMSF audit firms — is it justified? 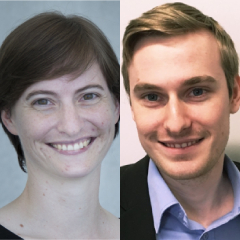 You need to be a member to post comments. Register for free today
Compliance
Regulation
Strategy
Auditor
Audit
Exclusive