As a registered company auditor, my last 15 years of auditing SMSFs have constantly focused on the cornerstone of audit, being that the auditor must be independent. The recent push to transition all SMSF audits to a thoroughly independent auditor will ultimately benefit the industry greatly, but there will be lots of work for us all to make the transition.

We can’t risk a systemic failure in the industry, and auditors perform a vital gatekeeper role for the ATO and ASIC by every year ensuring that everyone is complying with the rules as intended.

If the quality of audit is not held to the highest standard, there is significant risk to the industry and everyone’s retirement savings.

Technology has greatly enhanced the audit process, delivering arguably higher-quality audits often with time-saving efficiencies. Technology, however, is not able to satisfy the auditing standards without the knowledge and experience of an SMSF auditor.

The superannuation space is very complex and it would be unreasonable to expect a typical trustee to have the skill or knowledge to prepare their own financials and maintain appropriate compliance requirements. One could argue that if there are any accounting fees charged, then the accountant/administrator’s role is not a routine and mechanical job.

There has been some talk about swapping funds to another auditor or a group of auditors. It would be very difficult to demonstrate the advocacy, familiarly threats or self-interest threats are met. If the prior auditor who was in the group had some errors in judgement, it may be very difficult to report a compliance breach, as you may then be removed from the group.

I’ve been asked by national accounting firms as to whether a three- or four-way arrangement between firms auditing each other’s funds would satisfy the rules. My answer is no. Arrangements established to circumvent independence rules will often fail at the first hurdle. I also point out the reality of the complications in achieving and maintaining independence in such arrangements. Any co-dependency arrangement will raise concerns regarding fee dependence, for example.

I’ve also seen suggestions of an independent reviewer check the work of the auditor. Again, this can be done but has many drawbacks. What if the job has been completed and issues have been raised; what then is the reporting obligations for the reviewer? Is every audit reviewed, or is it a selected sample? You could argue that the costs and time to do this would not permit such an arrangement. Not to mention the reviewer would need to do their own independency review on themselves. If you’re engaging someone to review your audit work, then why are you performing the audit work in the first place?

Documentation of client acceptance/rejection and continuance is critical

Every SMSF auditor will need to review their policies regarding client acceptance and continuance. The days of some auditors pre-filling their audit programs assuming that independency threats have been considered are gone (and shouldn’t have existed anyway).

When we’re taking on new funds, we look at it at a client level. We perform audits for lots of accounting firms, so we examine each accounting firm, and whether that has 20 or 500 funds, we look at the firm overall to identify any independence threats. Our workpapers program assists with that by asking us about a variety of areas such as, does an ex-employee work at that firm?

SMSF auditors will need to spend considerable time formally documenting that the threats to independence for every client have been addressed and there is suitable documentation on file to confirm that this has been considered.

You should be talking to your auditor now about determining whether or not they’re able to meet the independence requirements. You may have time to make changes to be able to continue this relationship, or at least you’ll identify what you need from your auditor and have time to select one that’s best for you. 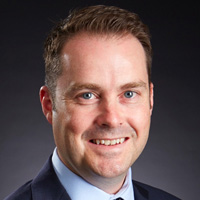 Written by Ben Willington
Last Updated: 08 October 2020
Published: 30 September 2020
You need to be a member to post comments. Register for free today