Facts of the original case

In 2003 Helen Marsella established an SMSF, where she was the founder and only member. Her daughter Caroline was the second individual trustee. At the time of Ms Marsella’s death in 2016, there was a little over $450,000 in the fund and a BDBN instructing the trustees to pay Helen’s benefit to her grandchildren from her first marriage. Unfortunately, this BDBN was invalid; the grandchildren were not dependants under superannuation law and  the BDBN had lapsed.

Caroline, as the remaining sole individual trustee of the SMSF, distributed the entire death benefit to herself as a dependant of the deceased member (her mother Helen). Realising she needed a second individual as trustee, she subsequently appointed her husband Martin as a second individual trustee and executed new documents paying the benefit to herself. Ricardo Marsella, Helen’s second husband of 32 years, claimed the death benefit should instead have been paid to him either as executor of Helen’s estate or personally, and that an independent trustee should be appointed to properly consider the exercise of the discretion and appoint the death benefit.

What was the outcome?

However, it was found Caroline had not fulfilled her trustee duty and had acted improperly and in bad faith. The Court determined she had not properly considered Ricardo as a potential beneficiary. The Court relied on correspondence from Caroline’s solicitors to Ricardo’s solicitors that showed he was not considered to be a beneficiary of the fund by the trustees. Such a reluctance to consider Ricardo, in the mind of the court, showed an “ill-informed arbitrariness”  in exercising her trustee discretion, therefore showing bad faith.

The Court summed up the situation succinctly:

“On balance, the inference to be drawn from the evidence is that the first defendant acted arbitrarily in distributing the fund, with ignorance of, or insolence toward, her duties. She acted in the context of uncertainty, misapprehensions as to the identity of a beneficiary, her duties as trustee, and her position of conflict. As such, she was not in a position to give real and genuine consideration to the interests of the dependents. This conclusion is supported by the outcome of the exercise of discretion.”

The Court concluded the trustee’s discretion to distribute the death benefit was exercised without real and genuine consideration, was arbitrary and an unreasonable exercise of trustee power. Subsequently it was set aside. Furthermore, Caroline and her brother were removed as trustees and Ricardo was asked to file further submissions as to the identity of a possible independent replacement trustee.

What was challenged on appeal

It was argued the trustee had not failed to give real and genuine consideration to the exercise of her discretion. The appeal contended the Court had relied on one document to show bad faith. It was said the trustee minutes and resolutions included the definition of “dependant” and acknowledged the estate was a potential beneficiary of the death benefit. Therefore, the trustee did not act on any misunderstanding.

It was also argued that based on the objective evidence, the deceased did not want any part of the death benefits being paid to Mr Marsella, because of the appointment of Mrs Wareham as trustee and the signing of a death benefit nomination in favour of her grandchildren. It was also said that the trust deed contemplated a position of conflict because Mrs Wareham as trustee was also a superannuation dependant. As such she could appoint herself as the recipient of the death benefit.

What did the Appeals Court say?

The Court of Appeal confirmed the decision of the trial judge and dismissed the appeal.

The Court of Appeal decision confirms Courts will take a dim view of trustees in acrimonious situations with beneficiaries, where the trustee pays the benefit to themselves without real and genuine considerations for their role as trustee.

Important takeaways from this case

Hill v Zuda Pty Ltd as trustee for The Holly Superannuation Fund [2020] WASC 89 is an application for summary judgment in relation to the validity of a BDBN made by a deceased member of an SMSF.

The SMSF in question was The Holly Superannuation Fund which was created on 14 June 2000. On 13 December 2011 the fund’s trust deed was amended and updated. Clauses 5 and 6 of the amended trust deed allowed for the creation of a BDBN, which directed the trustee of the Holly Superannuation Fund to, upon the deceased's death, pay the deceased's benefit to their de facto partner, Jennifer Murray. Ms Murray was also the executrix of the deceased’s estate.

Section 59(1A) of the SIS Act allows the member of a superannuation fund to direct the trustee as to how to pay their benefit on the death. Regulation 6.17A(6) and (7) of the SIS Regulations prescribe the form in which a BDBN must be for it to be effective.

The BDBN for the deceased did not comply with Reg 6.17 of the SIS Regs and therefore the question to be determined was whether the BDBN was valid.

There is much case law to confirm this and Master Sanderson dismissed the plaintiff's claim and the defendants were granted an order for summary judgment.

Important takeaways from this case

These two cases highlight the importance of accurate and up-to-date documentation, understanding who is eligible to be paid a superannuation death benefit, and specialist advice to ensure correct decision-making processes are followed. BDBN legislation can be complex, but it’s essential that documentation captures every step in the process and that all trustees and parties are acting in good faith to achieve the intended result. 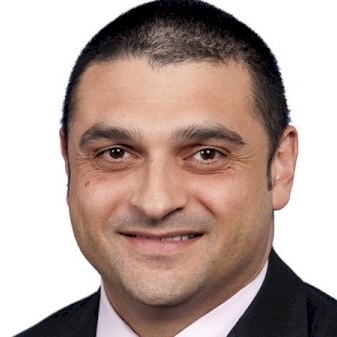