While recent legislation regarding excepted trust income and testamentary trusts raises a number of wider estate planning concerns, there is a particular issue for SMSFs.

The announcement in the 2018 Federal Budget that “the concessional tax rates available for minors receiving income from testamentary trusts will be limited to income derived from assets that are transferred from deceased estates or the proceeds of the disposal or investment of those assets” was for many specialist advisers a surprise.

Historically pursuant to Div 6AA of the ITAA 36 and, in particular, subs 102AG(2)(a)(i), excepted trust income is the amount which is assessable income of a trust estate that resulted from a will, codicil or court order varying a will or codicil.

Where income is excepted trust income and it is distributed to minors (ie persons under 18 years of age), those minors are taxed as adults, instead of the normal penalty rates that otherwise apply to unearned income.

The legislation implementing the 2018 Budget announcement was finally passed by parliament this week.

With the unexplained retrospective effect from 1 July 2019, the new rules were crafted as follows:

“(2AA) For the purposes of paragraph (2)(a), assessable income of a trust estate is of a kind covered by this subsection if:

(a)  the assessable income is derived by the trustee of the trust estate from property; and

(b) the property satisfies any of the following requirements:

(i) the property was transferred to the trustee of the trust estate to benefit the beneficiary from the estate of the deceased person concerned, as a result of the will, codicil, intestacy or order of a court mentioned in paragraph (2)(a);

(ii) the property represents accumulations of income or capital from property that satisfies the requirement in subparagraph (i);

As seems to be increasingly the case, the changes see a simple and discrete tax leakage issue on announcement, morph during the legislative drafting process into rules that will have far reaching implications.

While there are many wider estate planning concerns with the new rules, there is a particular issue for superannuation generally and particularly SMSFs.

In particular, as noted above, the amendments refer to property which was “transferred to the trustee of the trust estate…from the estate of a deceased person.”

The new rules do not however address how assets that are acquired by a testamentary trust as a consequence of the willmaker’s death, but are not directly from the willmaker personally, will be treated.

Furthermore, even if super death benefits can be considered on original receipt by a testamentary trust to give rise to excepted trust income, the second and third limbs of the eligibility test in section (2AA)(b) will be relevant on an ongoing basis.  This is despite the fact that the provisions in that had referred to “the opinion of the Commissioner” have been removed in the final version of the legislation passed.

That is, as assets are acquired by a testamentary trust funded by the superannuation death benefit proceeds, a tracing exercise will need to be performed and the Commissioner's opinion potentially sort if there is a dispute, to confirm ongoing access to the concession taxation regime.

In a self-assessment tax system, this approach creates significant uncertainty for the taxpayer and in turn tax and superannuation advisers.

It also makes it almost impossible (at least until substantive case law is developed) for a taxpayer to know what the Commissioner’s opinion is likely to be,.

Despite the potential issues with the new rules, the utility of properly crafted testamentary trusts is likely to remain a key estate planning tool for superannuation death benefits, given the range of other advantages, for example: 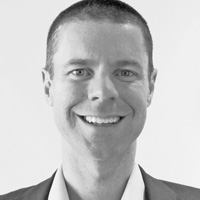 Written by Matthew Burgess
Last Updated: 10 July 2020
Published: 24 June 2020
You need to be a member to post comments. Register for free today