After a period of change and significant uncertainty for many advisers, the industry now appears to be entering a more stable environment where advisers can return to what they do best: helping people plan for their financial future and their retirement.

This is particularly true for those advising SMSF members. Indeed, recent changes in superannuation legislation have created an opportunity for those approaching retirement to give a boost to their SMSF balances.

One key opportunity that advisers will need to carefully consider with their clients is the possibility of continuing to build superannuation balances for a few years after age 65.

Many people have tended to think of turning 65 as the “hard finish” of years of planning and saving for retirement. It still remains a key point in retirement and superannuation planning, with a number of automatic triggers such as the automatic age-based condition of release to access preserved super benefits, which comes into play regardless of people’s work situation or plans.

However, changes to the work test, as well as an update on the $1.6 million super balance transfer caps, have opened a window on strategies that continue making contributions to superannuation possible. Taking best advantage of these changes will require careful planning from members and their advisers, to ensure that contribution strategies for this financial year, and next, are managed appropriately.

The work test requirements mean that anyone over age 65 must meet certain employment criteria in order to make voluntary contributions to superannuation.

The last major change to the work test was in 2004 when the test governing contributions for those under age 65 was abolished.

However, since 1 July 2019, the rules have been tweaked to allow for a “work test exemption” for those over 65 to make additional contributions, within certain situations, even if they do not meet the employment criteria.

In order to make the additional contribution, the member must:

This measure has already been passed into law, so advisers with clients this financial year who have already turned 65 and are no longer working should consider it as part of their planning.

It’s also worth noting that the work test exemption applies to voluntary contributions, so it can apply for both concessional and non-concessional contributions. Furthermore, not all contributions have to be made at once — they can be made over the course of the financial year.

As part of their planning, clients should be aware that once the work test exemption has been used, it cannot be used in a subsequent financial year. However, if they do qualify for it, but choose not to contribute in that particular year, they may be able to use it the following year if they still qualify.

Another change to the work test, which has yet to be legislated, is the extension of the work test by two years — that is, removing the work test for voluntary contributions for people aged 65 and 66.

It is likely that this change will be legislated in time to come into effect on 1 July 2020, meaning advisers should start thinking about its impact on client strategies now.

The proposal also allows super fund members aged 65 and 66 to use the bring-forward rules to make non-concessional contributions of up to $300,000 and extends the time frame for the receipt of spouse contributions to age 75.

The flow-on effect of these changes will create both opportunities and challenges for advisers, both for this year and next.

2020 is set to be a defining year for financial advice and all who operate in this ever-changing space. But rather than lamenting the regulatory and legislative changes, advisers need to be capitalising on what these changes mean for both their clients and their own operations. The right mindset will see them one step ahead of peers as they position their business for growth now and into the future. 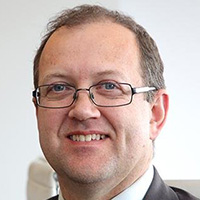 Written by Bryan Ashenden
Last Updated: 26 February 2020
Published: 21 February 2020
You need to be a member to post comments. Register for free today