A pooled superannuation trust (PST) is a unit trust in which only assets of superannuation funds, approved deposit funds and other PSTs can be invested. SMSFs are therefore eligible to invest in a PST, and a prominent public offer profit-for-member fund recently introduced a PST product, encouraging investment from SMSFs.

A PST is a tax-paid investment vehicle where the responsibility for the tax liability falls on the trustee. This means an SMSF that invests in a PST will not be assessed on any income earned on the PST, and any gains or losses realised on the disposal of units are exempt for tax purposes.

For this reason, a PST will differentiate assets to be accumulation units or pension units. It is generally up to the SMSF trustee to make the correct decision with respect to what type of units they are investing in.

When an SMSF has a retirement phase interest, the fund may be eligible to claim exempt current pension income (ECPI).

If a fund is solely in retirement phase over an entire year, all earnings will be exempt from tax. The fund will generally use the segregated method to claim ECPI, unless the fund had disregarded small fund assets, in which case it will use the proportionate method.

We expect the ATO would want the tax treatment of earnings in the PST to be consistent with how earnings on those assets would otherwise have been taxed in the SMSF. However, aligning the tax treatment where an SMSF has both accumulation and retirement phase interests is not simple.

This can skew the SMSF’s tax calculation, providing a different tax outcome depending on whether the PST units are retirement or non-retirement phase.

If the trustee wanted to ensure the tax treatment of earnings taxed in the SMSF and those taxed in the PST is consistent (i.e. reflective of the non-retirement and retirement phase interests in the SMSF), they would need the PST investment to have a number of units in pension and accumulation for the year corresponding to the final actuarial exempt income proportion. However, we don’t know the actuarial exempt income proportion until year-end, meaning this is not possible in practice.

At year-end the fund obtains an actuarial certificate, which certifies that 43.925 per cent of income can be claimed as exempt current pension income. This says that on average, around 44 per cent of fund assets were supporting retirement phase liabilities over the year. However, the fund is effectively receiving a 50 per cent tax exemption on income earned on their PST investment, a higher proportion of exempt income due to not rebalancing the PST investment over the year.

Segregating investments in a PST

It is not wholly clear whether this option can be used for PSTs, as they do not produce ordinary income in the fund. However, if they can, then an SMSF holding units in a PST could elect to segregate those units to ensure the tax treatment is consistent. As with any segregation strategy, this decision should be documented as part of the fund’s investment strategy.

The value of the PST units is unlikely to exactly match the value of all retirement or non-retirement interests, meaning the fund may still have unsegregated assets and so use the proportionate method to claim ECPI for income earned on the fund’s remaining assets. As the actuary will exclude any segregated assets from the actuarial exempt income proportion calculation, the value of the segregated PST assets will not skew the taxation of earnings on the remaining assets.

At year-end the fund obtains an actuarial certificate to determine the exempt income proportion. The actuary excludes the $300,000 segregated pension asset from their calculation and certifies 88.887 per cent of income can be claimed as exempt current pension income. The SMSF does not earn any assessable income on the segregated pension asset so there is no segregated ECPI to claim; instead the income earned on the pension units inside the PST is tax-free and reflected in the unit price.

If the PST investment had not been segregated for tax purposes (but pension units were still selected in the PST), then the $300,000 would not be excluded from the actuarial calculation and the exempt income proportion would be 90.525 per cent. This may overstate the exempt income that would be fair and reasonable to claim on fund income.

Note that if the investment is segregated to accumulation phase, then the SMSF will require a separate actuarial certificate under section 290-395 of ITAA 1997 in order to segregate that asset and claim ECPI using the proportionate method on other fund assets.

The potential use of segregation here gives rise to two key issues:

1. If an SMSF has disregarded small fund assets, then they cannot segregate for tax purposes.

An SMSF has disregarded small fund assets if it has retirement phase interests and, at the prior 30 June, one of its members had a retirement phase account and a total superannuation balance of over $1.6 million.

This impacts many SMSF retirees with larger balances and may mean that, in order to segregate an investment in a PST, the trustees will need to consider options such as having two SMSFs. Having one fund solely in accumulation phase, another in retirement phase, would allow the trustee to select the PST units to match the fund’s interests.

2. The trustee will need to carefully monitor fund liquidity.

If a large portion of a retirement phase interest is an investment in a PST, then as that investment is generally not paying a distribution to the SMSF, it is not producing income to assist in meeting annual pension payment requirements. As other assets are drawn down, the fund may get to a point where there are no liquid assets available, but the pension still has a balance, and therefore a minimum pension requirement, due to the investment in the PST. This situation should be avoided to ensure the fund remains eligible to claim ECPI. Units in the PST may need to be sold in order to generate liquid assets to fund pension payments.

For SMSFs with both retirement and non-retirement phase interests, investing in a PST may not be as simple as it appears.

We would welcome guidance from the ATO for SMSFs investing in PSTs and whether using the segregated method is an appropriate strategy to ensure balanced tax treatment.

If segregation is the solution for SMSFs, then funds with larger balances may be locked out of investing in PSTs due to the disregarded small fund assets legislation. 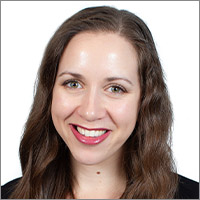