More ECPI changes on the horizon

While the proposed changes to exempt current pension income are likely to cause some temporary disruption for the SMSF industry, they should reduce cost and complexity in the longer term.

With the Coalition returned to government, minor amendments proposed to superannuation in the 2019–20 federal budget may now be enacted. Two such measures were aimed at simplifying the process for SMSFs to claim exempt current pension income (ECPI).

The first budget measure proposed a fix to an anomaly where some funds that are solely in retirement phase for the entire income year may still require an actuarial certificate.

The second budget proposal affecting ECPI was around the definition of what constitutes a segregated current pension asset.

While they will reduce red tape in the longer term, in the short term that means more change and disruption for SMSF practitioners. We outline these issues in more detail below.

The introduction of the transfer balance cap brought with it a number of integrity measures aimed at ensuring the budgeted tax revenues would eventuate. One such measure, the “disregarded small fund assets” legislation, prohibited SMSFs whose members have more than $1.6 million in total superannuation from using the segregated method to claim ECPI. The intention was to stop SMSF retirees impacted by the cap from cycling assets between segregated asset pools to ensure capital gains are exempt from tax.

An unintended consequence of the “disregarded small fund assets” legislation is that it also impacts funds solely in retirement phase. The test for whether an SMSF has disregarded small fund assets, and therefore cannot use the segregated method, looks at members’ total superannuation balances at the preceding 30 June. Where a member has a retirement phase interest and a total superannuation balance, across all their super funds, of more than $1.6 million, their SMSF cannot use the segregated method.

The anomaly arises because it is quite possible for a member to have an account-based pension that has grown in balance since commencement or 1 July 2017 to now exceed the $1.6 million threshold. Alternatively, a member may have other super interests outside their SMSF that, when combined with their pension in their SMSF, makes them exceed $1.6 million. In both cases, the SMSF might only have retirement phase interests for the whole year but be required to use the proportionate method to claim ECPI. To do so, they would currently require an actuarial certificate in order to claim their 100 per cent tax exemption.

The budget proposal removes this requirement to obtain an actuarial certificate when a fund is solely in retirement phase for the entire income year. Accurium agrees that this is a sensible proposal and suggested a fix to this anomaly in its submission on the original legislation. Despite this issue being widely reported since the legislation came into effect, there are currently very few funds impacted by it. Accurium’s database shows that fewer than 0.1 of a percentage point of SMSFs in the 2017–18 income year required an actuarial certificate with a 100 per cent tax exemption due to the “disregarded small fund assets” legislation.

For over a decade, the SMSF industry’s interpretation of existing legislation was that assets could only be segregated to support an income stream where the trustees of a superannuation fund had elected to do so. Following the 2016 super reforms, the ATO revisited its interpretation of the legislation and took a contrary view to the prevailing practice in the industry.

From 1 July 2017, the ATO began enforcing its view that all of a fund’s assets are deemed to be segregated at any point in time when its only superannuation liabilities are in respect to certain retirement phase accounts. Any income earned or capital gains realised when a fund is solely in retirement phase is deemed to be tax-exempt under the segregated method, even if the fund is only in this state for a short period.

This introduced administrative complexity for SMSFs as they transitioned into full retirement. Funds with periods of an income year where they are solely in retirement phase and periods where they have both retirement phase and accumulation accounts are now required to use both the segregated and proportionate method to claim ECPI in the same year.

This scenario is relatively common for SMSFs where a member has met a condition of release to commence a pension, but where members are still contributing to the fund. Accurium’s data shows that around 15 per cent of SMSFs using the proportionate method now also have periods where they must claim ECPI using the segregated method. Previously, these funds could have used the proportionate method for the whole income year, simplifying the process considerably. Accurium and the Actuaries Institute raised concerns with the ATO over this added complexity prior to its introduction. Since then, submissions have been made to the government from the accounting profession and SMSF industry bodies requesting solutions to what is viewed as a complication.

Responding to industry concerns, the 2019–20 federal budget proposed to allow trustees with both accumulation and retirement phase interests during an income year to choose their preferred method of calculating ECPI. While we are yet to see details of how this will be enacted, we don’t believe that this choice will be available after the event, as that will open up the opportunity for trustees to game the system by choosing the most tax-effective option each year. The budget papers note that the government envisions no impact on tax revenues from these measures.

We expect the legislation to be amended to allow the industry to move back to the pre-1 July 2017 regime. In order to use the segregated method, trustees would need to elect in advance which assets they wish to segregate to which retirement phase interests. If a trustee hasn’t made and documented an election to segregate in advance, the fund would default to using the proportionate method. This ties in nicely with the first reform, as funds that are solely in retirement phase for the entire income year, but didn’t make an election to segregate, are expected to be able to use the proportionate method without the need to obtain an actuarial certificate.

Enactment of the budget measures will be welcomed by the SMSF industry as they will remove unnecessary red tape and simplify the process of calculating and claiming ECPI going forward. The changes are due to commence from 1 July 2020, meaning that the current (somewhat cumbersome) procedures will be in place for three years before the changes come into force. For SMSF practitioners, it will also mean getting to grips with another round of changes in two years’ time. In the meantime, the industry awaits consultation on draft legislation.

More ECPI changes on the horizon 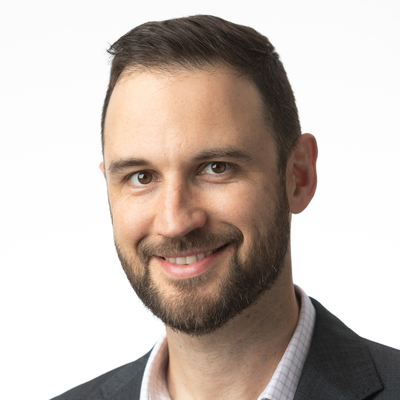 Written by Doug McBirnie
Last Updated: 08 December 2022
Published: 12 July 2019
You need to be a member to post comments. Register for free today