Helping a client to decide whether an SMSF is right for them can depend on a wide range of factors and there can also be some specific considerations relating to their age.

Deciding to set-up an SMSF depends on lots of factors – but is there a ‘right age’ to start one?

While there’s no hard and fast answer, the more important questions are whether you’re ready to accept the responsibilities involved together with your level of SMSF understanding.

Also, your starting balance is a factor. Joint research from SuperConcepts and the University of Adelaide’s International Centre for Financial Services, released in 2018, revealed that at a $200k fund balance, the benefits of investment diversification start to kick in.

If you’re thinking of commencing an SMSF, here are some questions to consider.

Are you prepared to be an SMSF trustee?

As trustee of an SMSF, you have absolute responsibility for all aspects of the fund from receiving contributions, investments and paying lump sums or pensions. Of course, you have the choice to employ others to help you navigate the rules and regulations.

What level of control are you after?

You should consider your skills and level of involvement in the day-to-day operation of the fund. There are investment decisions, compliance and end of financial year requirements to attend to. Some trustees decide to outsource services where they don’t have the time or skill, and where the outsourcing costs are worth it.

Do you understand what's required with SMSF investments?

Having an appreciation of the types of investments available is important as well as how they perform when the markets change. After all, it’s your money and you need to look after your retirement savings.

How much will it cost to establish and run your SMSF?

There are costs associated with setting up your fund which includes the fund’s trust deed and registration with the regulators. In addition, there are the ongoing costs involved with the day-to-day operations such as investing, accounting and compliance. The costs of having an SMSF may be influenced by your level of involvement in running the fund.

Good questions – but is there a right age?

Mark has worked full time since he was 21 and each employer has made the mandatory contributions to his fund. This has accumulated to just over $70,000. He has no plans to increase the amount he contributes to super and will rely on his employer’s contributions until he has a property and has settled down.

For someone like Mark to consider an SMSF, unless there are tangible benefits which outweigh the costs of running his own fund, or unless he’s able to grow his balance over a short period of time, he’d be better off waiting until his balance is sufficient to justify an SMSF.

Dina has worked since she was 18, has moved through the ranks and is now a general manager on a six-figure salary. She has salary sacrificed the maximum to super and the balance she has in the company fund has grown to just over $430,000.

Dina needs to work out whether she’s prepared to take responsibility to be involved in the operation of an SMSF, supervise and make investment decisions, and meet the compliance requirements on an ongoing basis. If she understands and wants to take on the role of an SMSF trustee, and has properly assessed all the risks, then an SMSF could be the right choice.

Corrine and Peter have a small business which has gone well over the years. They have contributed to super which has now grown to over $1.2 million. They are thinking of expanding their business and buying a new premises. Their accountant has provided tax advice on the effectiveness of what they have in mind.

The property is purchased outright through their newly established SMSF. This will help build their retirement savings in a more tax-effective way, as well as the benefits of leasing the property from their super fund. Providing they understand their responsibilities as SMSF trustees and have properly considered all the risks, it looks like the decision could be a sensible choice.

Emma has just retired and her partner, Richard, has a few years to go before he stops full-time work. They are both members of multiple super funds due to a succession of employers, and are now thinking of consolidating their super into one fund.

Richard has always had a keen interest in investing and understands what is required. Emma’s interest has been in real estate and she understands the market much better than Richard. As they see it, superannuation is ‘their money’ and they are willing to take responsibility of running an SMSF and they understand and accept the risks in doing so.

Jane and Tom are both over 65 and continue to work two or three days each week in a small shop, which is gradually being taken over by their daughter. They have accumulated just over $2 million in super and have some investments held in their own names. Their accountant has suggested that they could be better off tax-wise if their investments were in an SMSF, as they could reduce costs and take full advantage of franking credits on any shares the fund invests in.

Jane and Tom seek the advice of a financial planner who – after all things considered – recommends an SMSF. The couple grasp the responsibilities and risks involved and are open to outsourcing certain functions such as fund administration.

When to start an SMSF

As you can see, there are many situations in which an SMSF can play a useful role with a person’s retirement savings. Sometimes age will be a factor, while at other times it will be their ability and willingness to undertake the responsibilities of running the fund. In the end, the circumstances in which an SMSF will be most beneficial are entirely down to you and how you see the advantages and disadvantages over other types of superannuation arrangements. It’s a major financial decision and it's best to see a qualified, licensed professional to help you decide. 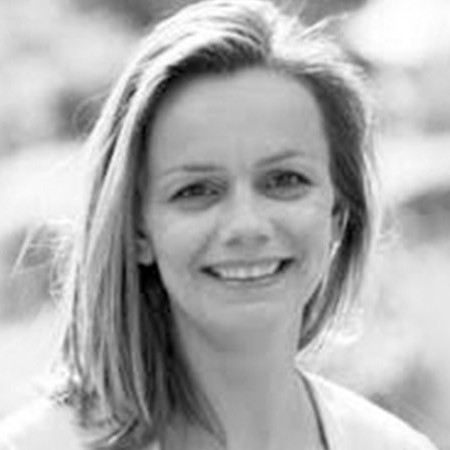 Written by Marjon Muizer
Last Updated: 08 December 2022
Published: 14 June 2019
You need to be a member to post comments. Register for free today