Why investors need to be wary in 2019

The rise in share market volatility is a reminder of vulnerabilities that have accumulated in the financial system.

The fragilities underlying the prolonged strong returns of the past few years became more apparent in the final quarter of 2018. Returns have been generated on the foundation of ultra-low interest rates and central bank asset purchases since the global financial crisis.

The key fundamental change has been tightening liquidity. During the March quarter of 2018, we saw the first challenge to the perception that the strong return environment will persist. The stronger US wages data resulted in a sharp interruption to the US share market’s relentless rise.

The surge in equity volatility was a reminder of these fragilities that have accumulated in the financial system.

Investor behaviour has, to some extent, shifted towards “selling the rally”. This is in contrast to what has been a perennial “buy the dip” mentality over the past decade. However, a sustained shift in investor expectations requires repeated confirmations that the future is not as rosy as previously presumed. In the final December quarter of 2018, monetary policy, global trade and related concerns about global and Chinese economic growth, as well as the US budget impasse, all combined to more clearly shift investor expectations. This resulted in the worst year since 2008 for share markets.

However, in contrast to 2008, when government bond yields fell and their returns surged, bonds have mostly not been effective diversifiers of risk during 2018. During 2018, both bonds and shares declined in value at the same time. This means that the only reliable way to limit downside risk has been to accept lower returns. Our understanding of this reality is the reason why our real-return portfolios have been positioned so defensively.

What does the future hold?

While it can take a long time, the fundamentals will ultimately drive investment outcomes. Asset prices that are high suggest low future return potential. While there are some exceptions such as emerging market shares, our assessment is that asset prices are mostly not cheap and, in some cases, as with US shares and nominal bonds, are still high.

However, the path of returns will depend on how investor expectations change. A trade deal between the US and China that is favourable for economic growth is still possible. The argument over the Mexico border wall can be resolved. We also know that the US Federal Reserve (Fed) is “data dependent” and that US economic growth is still robust. So, a positive mindset could resume across global financial markets, and we have seen some of that during January in response to soothing words from the Fed and hopes for a US-China trade deal.

A new direction for the Fed

However, liquidity is tightening and has turned into a headwind. The rise in share market volatility is a reminder of vulnerabilities that have accumulated in the financial system. We also know that the

Fed understands the imperative to build policy options for the next economic downturn. Indeed, the Fed, under the leadership of Jerome Powell, has partly removed the “lower for longer” bias that distorted the outlook for US interest rates. This is a very important change for all risk asset markets. The presumption of interest rates remaining “lower for longer” has been a core driver of stretched valuations across asset classes.

Even small movements in long- term discount (interest) rates can have a profound effect on the periods when inflation is volatile valuation of all assets. Share prices, for example, can move significantly if the market revises its cost of capital assumption. Further interest rate rises by central banks would likely drive the market’s perception of the "natural” interest rate higher again.

Yet, even if the real economy remains strong enough for interest rates to normalise, a strong economy by itself will not drive a strong share market. Taking risk may not reward investors during periods when inflation is volatile or stubbornly low.

In this vein, perhaps the most threatening aspect for shares of a strong US economy is that higher inflation could lead to the erosion of the high corporate profit margins across most industry sectors. Tight labour markets continue to threaten wage growth, while higher borrowing costs will eventually dampen net profit margins. Thus, while corporate sales revenue growth may persist given a strong US economy, there is no guarantee that profit growth will keep up with expectations. This leaves investors potentially facing the double penalty of a rising cost of capital and declining profit growth.

Taking risk may well reward investors over the coming year, but this may prove unwise if one chooses to ignore elevated share valuations and global political risks. We believe that focusing tightly on risk control while taking opportunities when they present themselves will be beneficial. This is a challenging period that will test all investors.

Why investors need to be wary in 2019 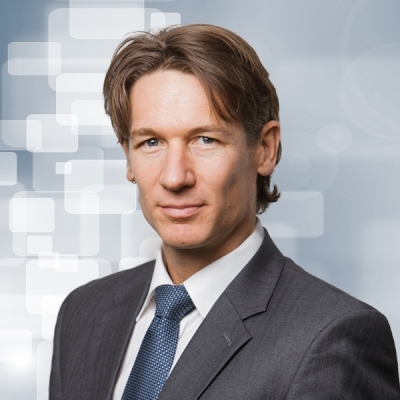 Written by Ben McCaw, MLC
Last Updated: 08 December 2022
Published: 22 February 2019
You need to be a member to post comments. Register for free today