Does the punishment fit the crime?

While the administrative penalty regime has reduced the number of short-term loans to members, the penalties can be harsh where there are a large number of smaller transactions.

When the administration penalty regime commenced I never expected a client of mine would receive an administrative penalty notice totalling $616,200 for a $90,000 loan to a member. Now don’t get me wrong, they did the wrong thing and deserve some level of penalty, but does the punishment fit the crime?

As an auditor I was 100 per cent behind the administrative penalty regime when it commenced in July 2014. For too long SMSF trustees had been getting away with breaching the Superannuation Industry (Supervision) Act 1993 (SISA) simply because the ATO had a big stick or nothing.

Historically, the ATO’s options for dealing with contraventions were:

Trustees who had in the past made and repaid loans were not taking seriously the SIS requirements and the number of short-term loans to a member was creeping up, and by repeat offenders. Something had to be done and the administration penalty regime was a good solution.

A rectification direction allows the ATO to direct trustees to rectify a contravention within a specified time frame. Unlike enforceable undertakings where it was up to the trustee to propose the repayment terms and send it to the ATO to be approved, the rectification direction provisions allow the ATO to guide the process. It generally involves putting into operation arrangements to ensure there will be no further contraventions of a similar kind. Failure to comply is a strict liability offence, meaning an administrative penalty is charged.

This is a much more efficient and effective way of dealing with contraventions. Note, it does have an objection process to allow for a variation of repayment requirements due to financial detriment.

Education directions are aimed to educate trustees whose contraventions occurred due to a lack of understanding of the SISA. The trustees are required to complete an education course within a nominated time frame and sign the ATO trustee declaration confirming they understand their obligations as a trustee of an SMSF. These are often used alongside a rectification direction or administrative penalty. 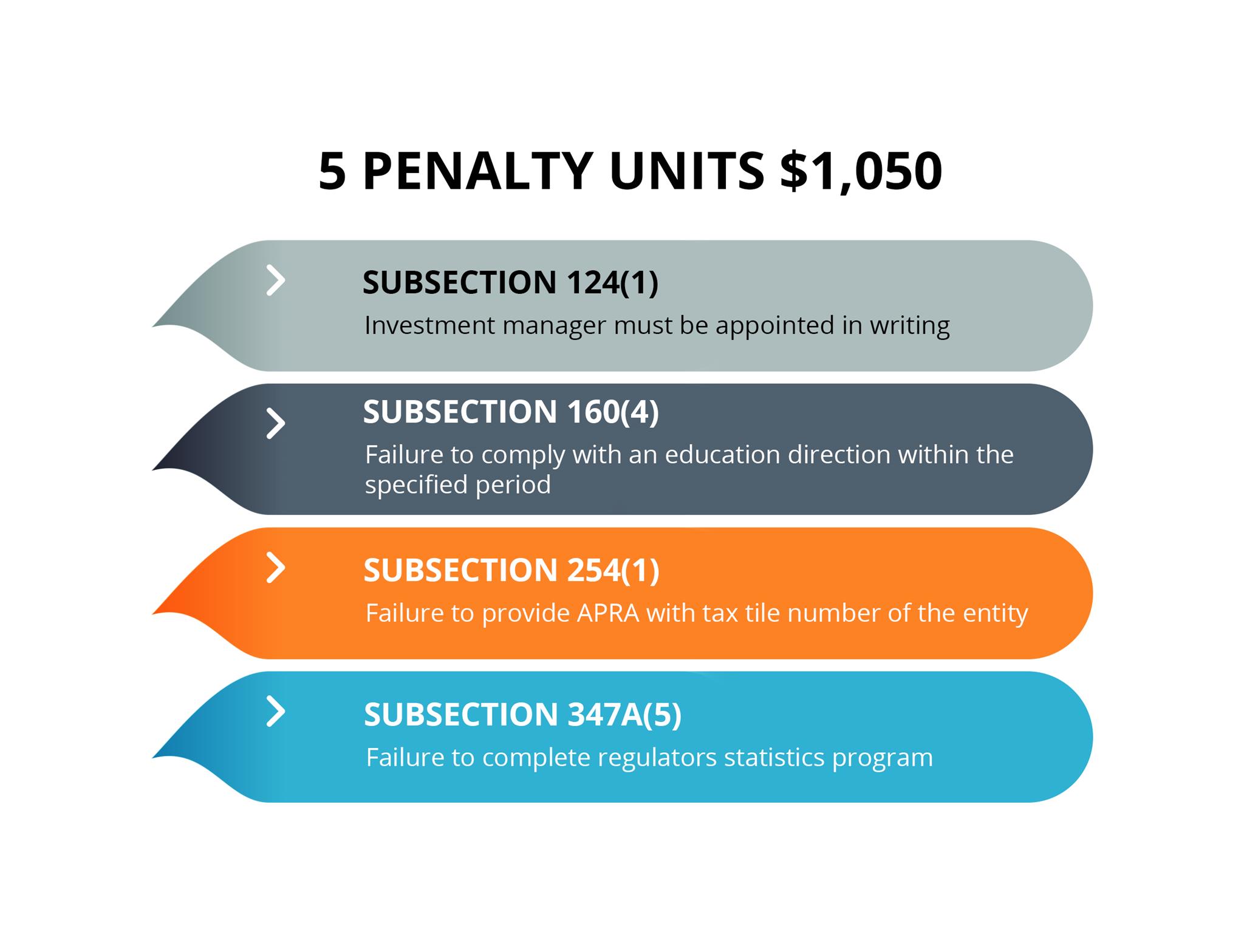 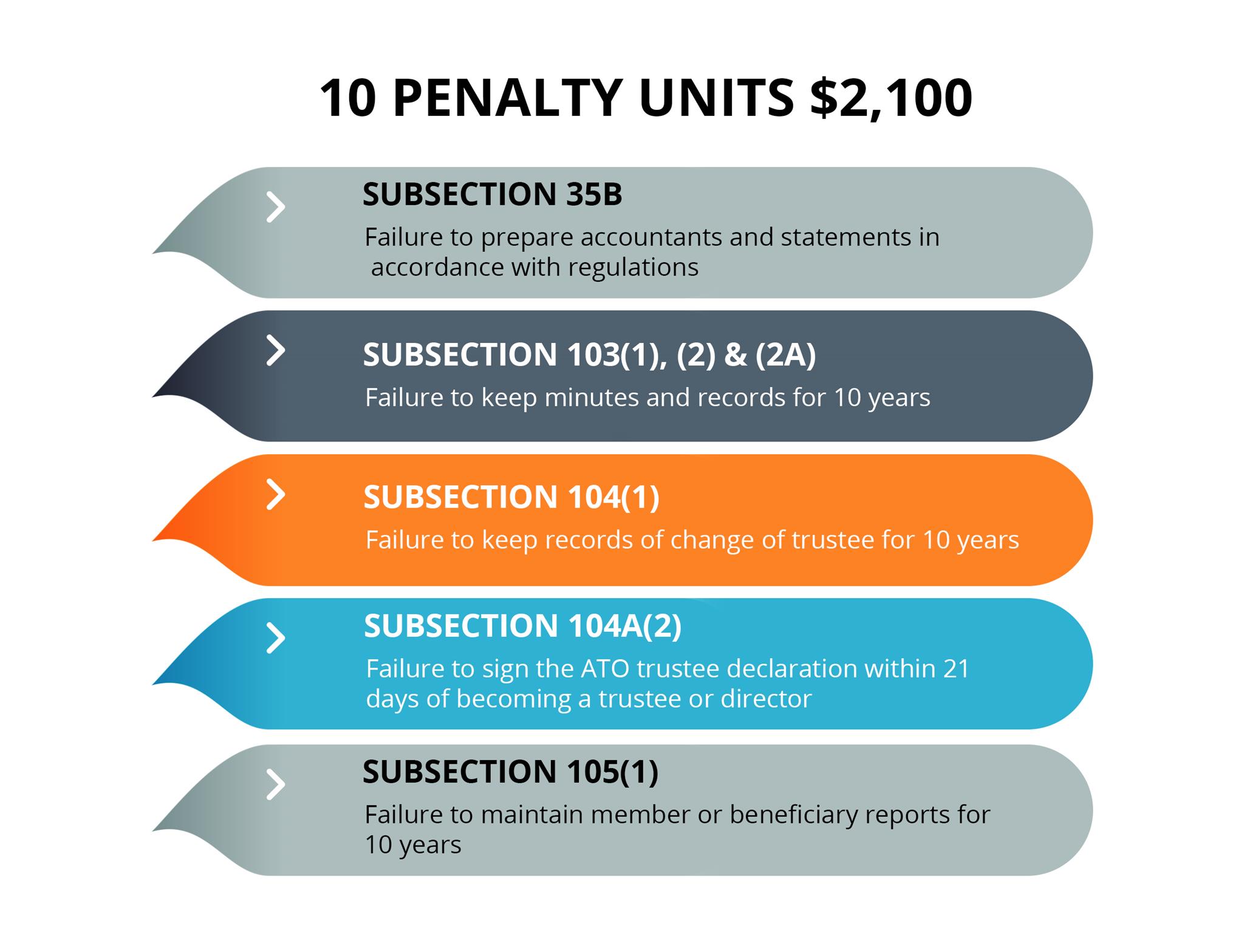 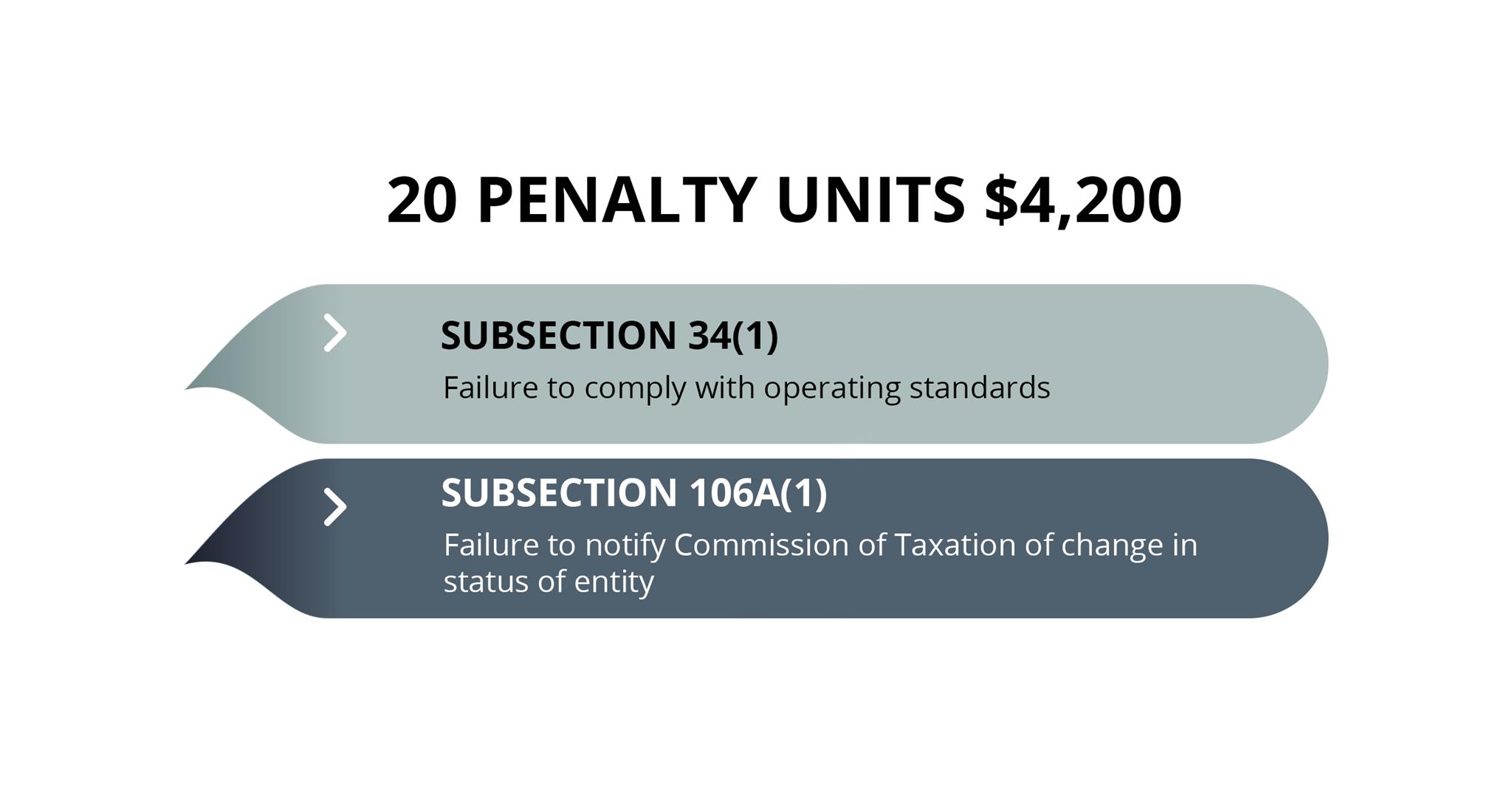 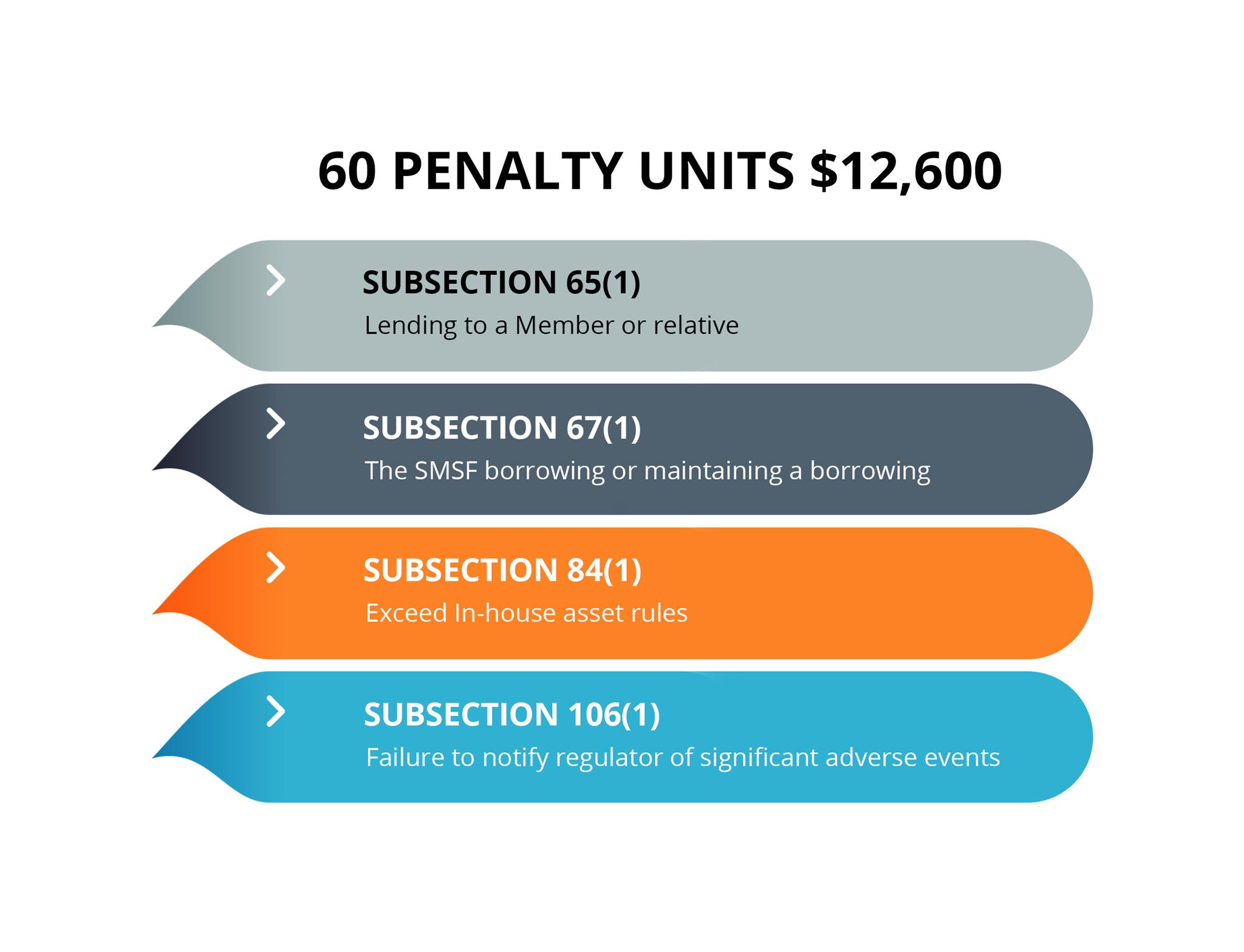 One of the key features and I think the biggest preventative is that the financial penalties cannot be claimed from SMSF assets, instead the penalties are imposed on the SMSF trustees directly and must be paid personally.

However, one fact that I didn’t realise until my client received the $616,000 penalty notice was that the contraventions are levied per transaction. The fund in question withdrew the money over a three-year period in small amounts. For each withdrawal they were levied a penalty for all the provisions they contravened. 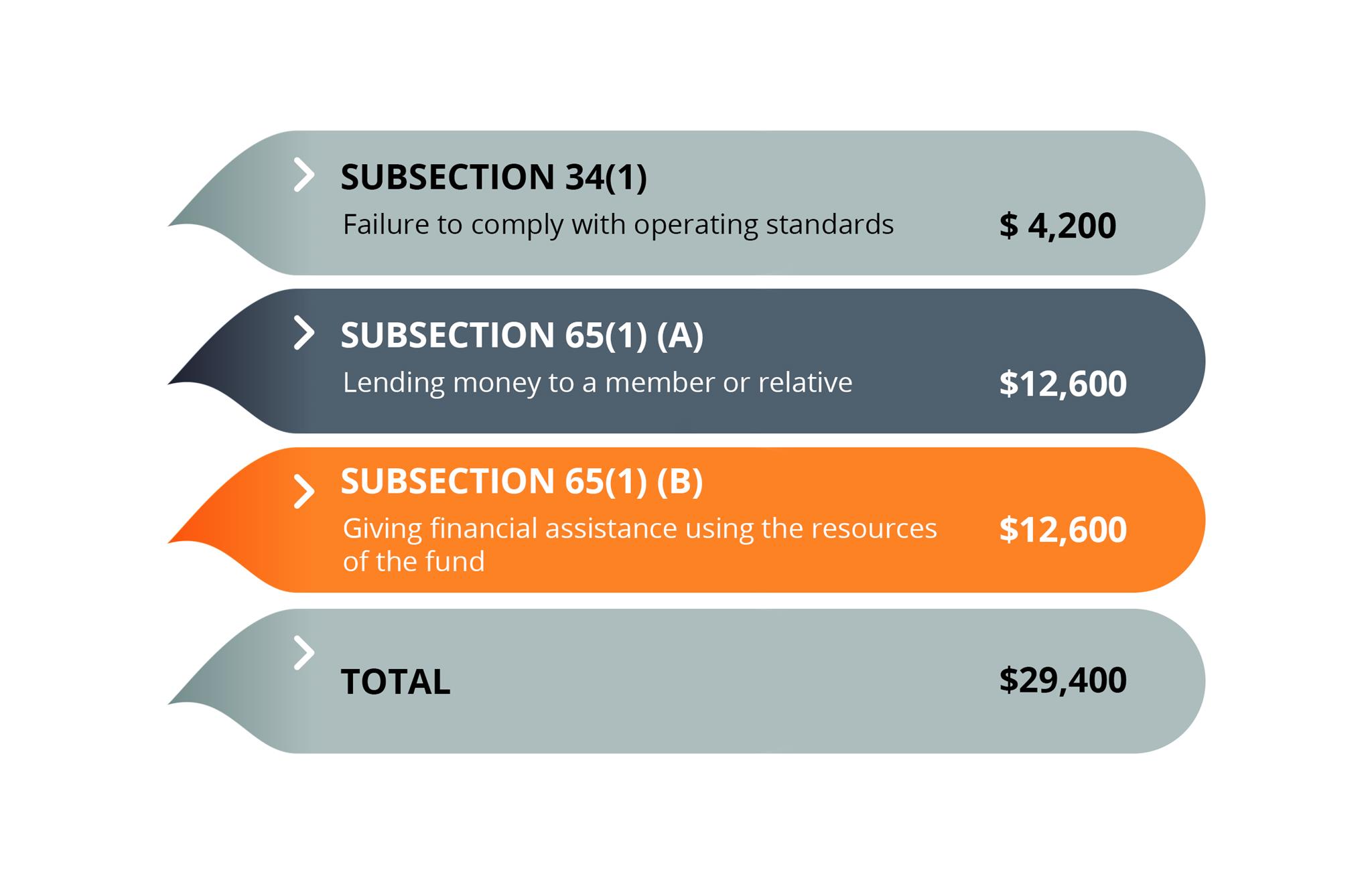 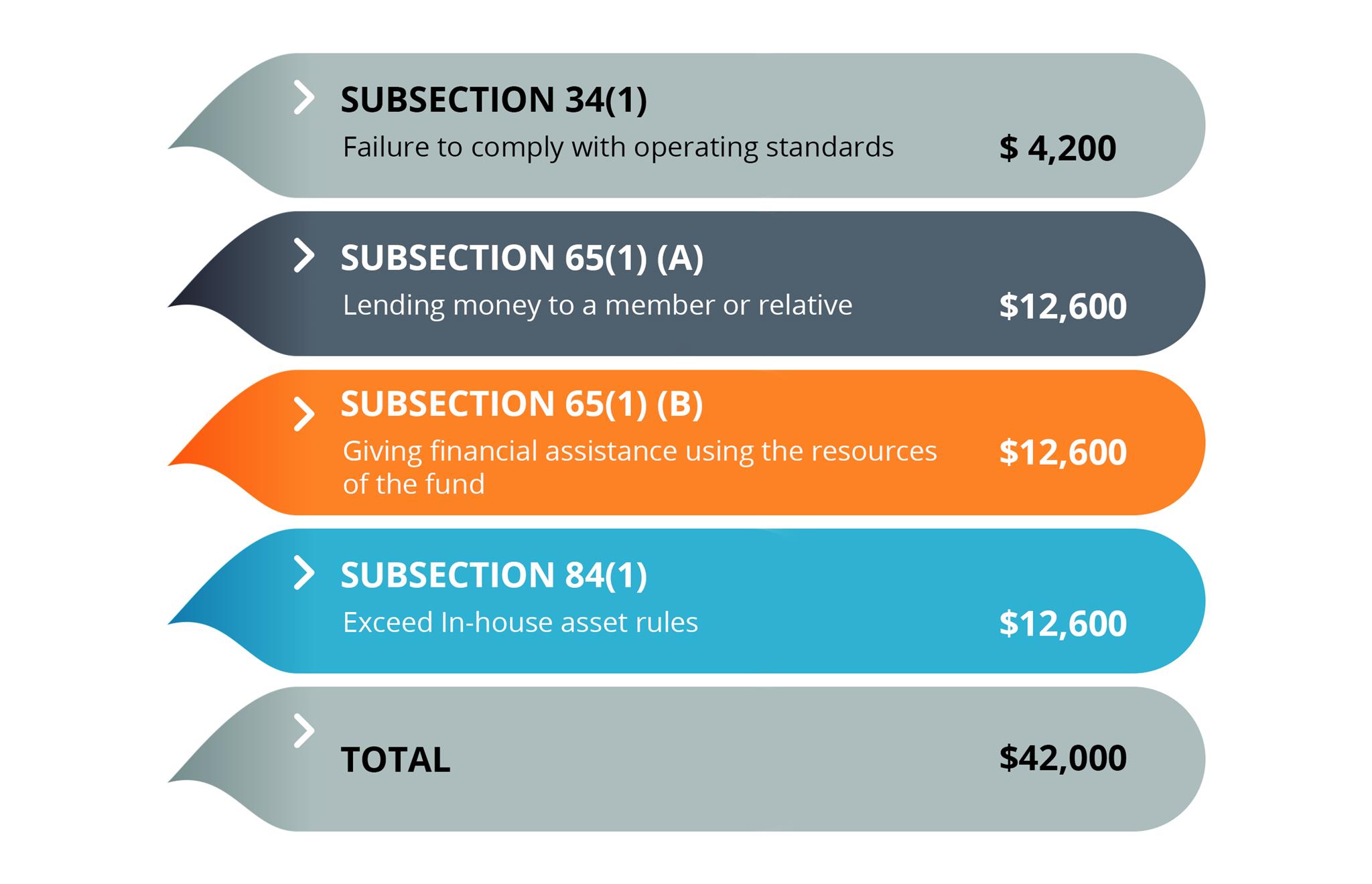 Because the administrative penalties are a strict liability offence it means that the ATO does not need to establish fault or intention on the part of the trustee therefore removing the defence of careless non-compliance.

Now back to my client. Firstly, they are lucky that they had a corporate trustee – as administrative penalties are charged per trustee so a four-member fund would have been charged $2,464,000 for the same contraventions. The process in this situation was that after the contravention report was lodged the ATO commenced an audit. During that audit all correspondence and calls were made through the tax agent. Once the audit was complete the documentation was sent directly to the directors of the corporate trustee, not through the tax agent. The directors also received a disqualification notice directly.

What has happened to the $616,200 penalty? It has been negotiated down to $109,000. Additionally, the money was classed as illegal early release and became taxable in the individuals name at their marginal tax rates not over the three years it was withdrawn but in one financial year, which increases the tax payable on the amount.

Does the punishment fit the crime?

Written by Deanne Firth
Last Updated: 08 December 2022
Published: 18 December 2018
You need to be a member to post comments. Register for free today