Should a TRIS be converted to an ABP?

Trustees and advisers should consider a number of factors, including the impact on Centrelink benefits, if planning to change a transition to retirement income stream to an account-based pension.

A TRIS is a superannuation income stream that may be commenced once a member reaches their preservation age, currently 57 years of age.

A TRIS is basically an account-based pension with three major restrictions:

Account-based pensions may only be commenced with the unrestricted non-preserved portion of a member’s balance in a fund.

Once a member has met one of the conditions of release which has a “nil” cashing restriction, their benefits in superannuation at that time become unrestricted non-preserved.

The most common of those conditions of release is the retirement condition of release.

Lifting the lid off a TRIS

So what happens when a TRIS has been commenced by a member of an SMSF, and now they have met a nil cashing restriction condition of release?

The ATO has directed that, from 1 July 2017, the industry practice that a TRIS would automatically convert to an account-based pension once the individual met a condition of release, is no longer applicable.

Reset or convert the TRIS?

When determining if a TRIS should be commuted to commence an account-based pension upon a condition of release being met, or alternatively, if an election to convert the TRIS to retirement phase should be made, there are a number of factors to consider.

In relation to a TRIS being reset to an account-based pension, the following considerations apply:

Alternatively, when a TRIS is converted from accumulation phase to retirement phase, the TRIS does not stop, meaning:

Centrelink assessment (for income test purposes) of superannuation income streams commenced after 1 January 2015 is based on a deemed rate of return applied by Centrelink to the value of the pension, when assessing the entitlement of an individual to government benefits.

Income streams commenced before 1 January 2015 are “grandfathered” - i.e. the income test deeming does not apply.

Whilst the impact of the differing assessment process will vary across individuals, one aspect is clear - recipients of income streams commenced after 31 December 2014 will have no choice as to the options available.

One important consideration when determining what to do with a TRIS once a nil cashing restriction condition of release has been met, therefore, is that the resetting of the pension will result in the new account-based pension being assessed under the deeming provisions mentioned above.

As the restrictions for a TRIS are removed (the “lid” has been lifted) when the recipient meets a condition of release with a nil cashing restriction, the TRIS in retirement phase is effectively a mirror image of an account-based pension.

There is one particular difference, however, which has been recognised as an “unintended consequence” of the legislation introduced from 1 July 2017, which relates to the automatic reversion of the TRIS following the death of the initial recipient.

The current legislation permits the reversion only if the beneficiary has met their own condition of release with a nil cashing restriction. Legislation has been introduced to parliament to remove that restriction (effective 1 July 2017), so that the same conditions as for an account-based pension will apply.

In the meantime, until the legislation is passed, consideration should be given to those instances where the proposed beneficiary may not have met their own condition of release with a nil cashing restriction.

Should a TRIS be converted to an ABP? 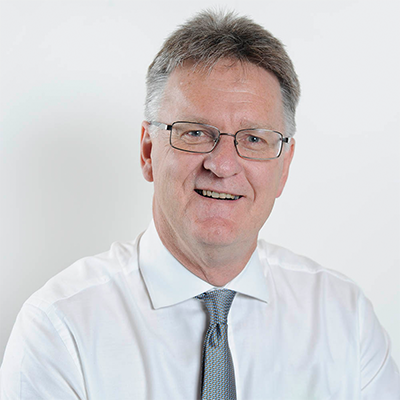 Written by Michael Harkin
Last Updated: 08 December 2022
Published: 22 November 2018
You need to be a member to post comments. Register for free today