Just like a magician, the strategic use of the ECPI rules and fund investments is now all in the timing.

No longer do we smooth the bumps in the road as we average returns over the tax year but can have blocks of tax exempt and taxable income where the proportions can change throughout the year and provide opportunities which haven’t been there in the past.

From 1 July 2017, the rules changed so that some SMSFs are now required to calculate their taxable and tax-exempt income on a pooled basis, also known as the unsegregated basis. This brings with it the need for the fund to obtain an actuarial certificate providing details of the exempt current pension income (ECPI) of the fund. Until the new rules commenced, funds wholly in pension phase were treated as segregated funds and would receive tax exemption on income without the need to obtain an actuarial certificate. Funds that calculated their tax exempt income on an unsegregated basis required the certificate and the actuary would use an averaging method that related to the fund assets held throughout the financial year.

The change did away with the way in which the assets and income of the fund averaged over the year for some funds. The outcome for funds wholly in pension phase for part of the year and partly in pension and/or accumulation phase for part of the year is to chop up the year into smaller periods for ECPI calculation purposes. The actuarial certificate relates to those periods during the tax year when the fund is required to be treated as unsegregated and wholly in pension phase or where the fund has “disregarded fund assets”. Disregarded fund assets are where at least one member is drawing a pension from the fund and on 30 June in the previous financial year, the total superannuation balance is greater than $1.6 million, and the member is drawing an account-based pension from any superannuation fund.

Because of the slicing and dicing that can take place in some funds, a number of strategies can be identified. The first is the ability to maximise the ECPI claim so that a higher proportion of the fund’s taxable income will be tax exempt. The second is the sale or disposal of assets during a period when the ECPI is at its highest. A third strategy could occur where a fund is paying a transition to retirement income stream (TRIS) that is not in retirement stream and meets one of the conditions of release which puts the TRIS into retirement phase. The effect is to increase the tax exempt component of the fund’s taxable income.

Maximising the ECPI claim, the first strategy, could occur in a situation where a fund member has an amount in retirement phase that is being drawn as an income stream in retirement phase and an amount in accumulation phase. The member wishes to receive a payment which is enough to live on, however, it will be in excess of the minimum pension required to be paid. It is then decided that the minimum pension will be paid, and a series of lump sums withdrawn from the member’s accumulation account. Depending on the order in which the payments are taken from, the fund may result in a higher ECPI percentage for tax purposes.

Let’s consider Liam who is age 62 and is the only member of his SMSF. He is drawing an account-based pension with a balance of $1.6 million on 1 July 2018 and had an accumulation account of $400,000 at that time. Liam decides that for the 2018-19 financial year, he should draw $80,000 from superannuation to meet his living expenses. The minimum pension Liam would be required to take is $64,000. This means Liam would need to take another $16,000 from the fund to meet his expected living costs.

Haley is age 60 and commenced an account-based pension with $1.6 million and the income in the fund will be wholly tax free. Her intention is to draw $100,000 p.a. over the next five years. The fund is expected to have an average rate of return of 6 per cent p.a. over that period. The question is, what is the most tax-efficient way of drawing the pension?

As the amount proposed to be withdrawn by Haley is greater than the minimum pension amount, the best strategy would be to withdraw the first $64,000 as a pension withdrawal and the remaining $36,000 as a commutation of the pension. The commutation would reduce the amount counted against Haley’s Transfer Balance Cap and would allow her to commence a pension at a later date with the cap space that becomes available. The withdrawals should be structured so that Haley’s total superannuation balance is reduced in case she wishes to make non-concessional contributions in the next financial year.

ECPI and the sale of assets

The partitioning of the year for ECPI purposes into those times when the fund may be wholly in pension phase and those times when the fund may be wholly in accumulation phase may produce some interesting results. The reason is that the fund may have an ECPI percentage of 100 per cent in pension phase and then 0 per cent ECPI during the period the fund is in accumulation phase. It is for this reason that it could be worthwhile from a tax point of view that assets are sold during a period where the ECPI per cent is at its highest. The effect will be to maximise tax exempt income, particularly where the fund has incurred substantial taxable capital gains.

Maximising ECPI is certainly an important consideration where TRISs are involved. The main issue is to ensure that the member has satisfied one of the three conditions of release that require notification that the fund has received information from the member to that effect. The reason is that a member in receipt of a TRIS will be treated as being “not in retirement phase” as a general rule.

However, if a condition of release of retirement, terminal illness or total and permanent disablement has been notified to the fund, the TRIS will be treated as being in retirement phase and the income earned on the assets in that phase will be tax exempt. Of course, there is a fourth condition of release that produces the same result and is automatic when a member reaches age 65.

Another important consideration in these circumstances is the requirement for Transfer Balance Cap purposes to report the transfer of the TRIS from “not being in retirement phase” to being in retirement phase. If this transfer has the potential to result in an excess Transfer Balance Account, the appropriate adjustment should be made to ensure benefits remain within the cap.

Get the timing right

In the management of ECPI with these changes, the correct timing in the commencement of an income stream may result in a reduction of tax payable by the fund. You too can be just like a magician with the fund’s tax position.

You can hear more technical updates and strategies for your SMSF clients at the upcoming SMSF Summit. 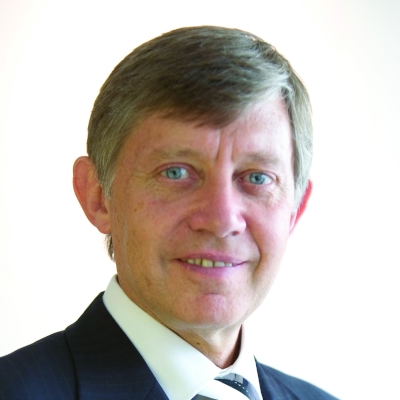 Written by Graeme Colley
Last Updated: 08 December 2022
Published: 05 October 2018
You need to be a member to post comments. Register for free today