With the ATO now only providing one day’s notice that they will be reviewing an audit file, SMSF auditors need to ensure their files are up to scratch.

I regularly receive queries from accountants and advisers that have a client who has lost their SMSF trust deed. They are asking what they should do. I always suggest that they approach the auditor as they should have a copy. Usually they reply back that they have asked the auditor and the auditor does not have a copy. I have spoken to a number of accountants who are having audits completed for as little as $220 each. I question myself as to how much work could this auditor be doing to make this a profitable proposition.

When I further questions the accountant I realise that these auditors are not asking for as much information as they should be. These are clearly the auditors that are not able to provide a copy of the trust deed to the trustees after the trustees have misplaced it. As I said, this is a regular occurrence. This suggests to me that there are a number of auditors that are not maintaining adequate audit files. It has now become apparent that the ATO are also aware of this.

About a month ago, at the start of August, a client of mine forwarded a copy of a letter they received from the ATO where the ATO stated they were coming out to the accountant’s office to review his processes as an auditor and also to review five of his audit files. This review was to take place on Friday the 17th of August. The letter went on to say that the ATO would advise the accountant of the five files they will be auditing the day before they arrive.

So with one day’s notice the accountant had to ensure he had the following documentation (amongst others) available on five files:

They have also provided specific documents they would require to site such as title searches for any properties held by the fund. As well as requiring documents for the five files they will be checking that your CPD meets the requirements and that you have the correct PI cover.

Traditionally the ATO have given several week’s notice when reviewing an audit file. They would send you a letter and you would have adequate time to obtain all the necessary documents and prepare an acceptable file. The file the ATO reviewed was a far different version of the file you would have kept had you not had a review. This system effectively allowed auditors to offer very low audit fees by merely doing a cursory review of a set of files given to them by the accountant. This had a negative impact on the majority of auditors who strive to perform a full audit who would lose way too much money if they offered the fees these other auditors were offering.

Further, SMSF trustees often see no added value in being told someone else is going to review the work done by their accountant. After all, the accountant tells us he or she knows what they are doing. If they are not that competent perhaps we should go somewhere else. How does a $500 audit give me more benefits than a $200 audit?

This new system however can bring an end to all that. If an auditor is not asking for things like the SMSF’s trust deed, or doing title searches to ensure there is no security given over the property, getting copies of leases to ensure they are not leased to related parties etc then there will not be adequate time to do this in 24 (or less) hours. Now, as an auditor, you need to ensure that all your files are complete. You will have to conduct a full detailed audit for every fund you do. You will not be able to simply sign off on a promise that the trustees will get the necessary documents to you.

And maybe now when I get an enquiry from a fund that has no deed and neither does the auditor I should enquire as to who the auditor is. He or she is skating on thin ice. Similarly, if you are bidding for a job against an very cheap auditor ask about the documents they request. 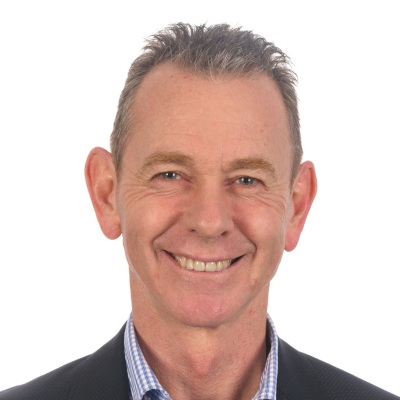 Written by Peter Johnson
Last Updated: 05 October 2018
Published: 03 October 2018
You need to be a member to post comments. Register for free today