What to do when clients miss their deadlines

With the 2018-19 financial year well under way now, SMSF practitioners are now turning their mind to SMSF annual returns for the 2017-18 financial year.

When to start preparing an SMSF annual return

Trustees should start preparing now for the FY18 return, which covers activity between 1 July 2017 and 30 June 2018. While most trustees don’t have to complete the SMSF annual return until 31st October or beyond, it’s a good idea to start preparing early.

Most accountants need several weeks to prepare the fund’s accounts before the deadline. So it’s important for trustees to prepare all the information for their accountants as early as possible.

SMSF auditors are also busy at this time of year. In fact, trustees are required to appoint an auditor at least 45 days before the fund’s annual return is due, that’s 17 September for returns due on 31 October.

So don’t leave it until the last minute. The earlier the better, to ensure a smooth and stress-free process for your SMSF annual return and audit.

When to lodge an SMSF tax return

These are the typical due dates from the ATO’s SMSF section.

In a fund’s first year, the SMSF annual tax return is due on 31 October for DIY and usually 28 February for those using an accountant or tax agent in their first year.

For trustees who did not lodge their previous financial year tax return on time, their return will be due on 31 October.

For trustees who use an accountant or tax agent, the agent will advise the due date based on their circumstances.

If a trustee isn’t sure when they should be completing a return, they can check with their accountant or contact the ATO to confirm.

If a due date falls on a weekend or public holiday, you can lodge or pay on the next business day.

What if an SMSF misses the reporting deadline?

It’s always best to admit a mistake as soon as you’ve discovered it. You’re less likely to be penalised for a missed deadline or an incorrect statement if you admit it to the ATO as soon as you realise. As your auditor, I’ll do as much as I can to help you rectify the problem and get back on track.

Penalties for failure to lodge

If you’re late, or if something has gone wrong, the ATO will slug trustees with significant penalties.

Failure to lodge a return on time could result in a Failure to Lodge (FTL) penalty. The rate is calculated at one penalty unit for each period of 28 days that the return is overdue. At present, one ATO penalty unit is $210.

This penalty can be applied to every individual trustee, or applied once to the corporate trustee and directors share the penalty between them. Penalties and fines must be paid out of the trustees’ own money, not out of the super fund’s assets.

“For example, for failing to prepare financial accounts and statements, each trustee is liable for a $2,100 penalty (10 penalty units). This would amount to $8,400 if there were four individual trustees.”

Failing to keep proper records, such as meeting minutes, change of trustees or statement of accounts can lead to penalties of up to 10 penalty units. If a fund is found to be non-complying, its assessable income is taxed at the highest marginal rate.

SMSF trustees may be required to undertake training if they have been found to have contravened super laws. Failing to complete the education and providing proof of completion can be penalised at 10 penalty units per trustee.

To avoid penalties, trustees should brush up on the ATO’s rules each year.

Yes, completing paperwork can feel like a bore. But it’s an essential and legal requirement of operating an SMSF. Get started. Rip it off like a band-aid, get it done and then you can relax knowing you will enjoy a comfortable retirement.

What to do when clients miss their deadlines 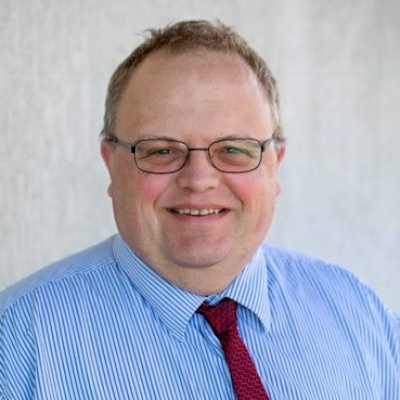 Written by Joel Curry
Last Updated: 08 December 2022
Published: 14 September 2018
You need to be a member to post comments. Register for free today