The new world of ECPI

Calculation of ECPI in 2017/18 is more complex than in the past for accountants, actuaries, advisers, software providers and trustees.

The calculation of exempt current pension income will have additional complexities for 2017/18 and beyond, following an announcement from the ATO that it will no longer support a common practice for calculating ECPI

It won’t be a surprise to any reader of this magazine that there were significant changes to superannuation from 1 July 2017.

But now that we’ve started the second half of 2017/18 it’s worth turning to how all the recent changes will affect the calculation of exempt current pension income (ECPI).

There have traditionally been two routes to claiming ECPI:

From 1 July 2017 there are three changes that prompt a significant shift in our approach to ECPI for some pension funds:

Change 1 is sad news but is well understood. I have not discussed it further here.

Changes 2 and 3 are more interesting and will present some challenges from 2017/18 onwards.

Which funds can no longer have segregated assets?

This is a new measure from 1 July 2017 which relates specifically to SMSFs and any other fund with fewer than five members.

It is achieved by introducing a new definition of disregarded small fund assets (defined in s295-387 of ITAA 1997). These are explicitly excluded from being segregated pension assets during a particular financial year.

If a fund meets the definition below, all of its assets will be disregarded small fund assets for a particular financial year. This means the SMSF simply cannot have any segregated assets at any time during that financial year – even if all of the fund’s balances are retirement phase pension account for some or all of the year. The definition is that at the previous 30 June, any member of the fund had:

The most obvious case caught by this new rule would be a single member fund where the member’s SMSF balances include a $1.6 million retirement phase pension and a $100,000 accumulation balance at 30 June 2017. This fund would not be allowed to set aside specific assets to support the pension account. This is probably quite well understood as an intended outcome of the new legislation, but there are some other quirks to think about!

What if the accumulation account was paid out in full on 1 December 2017 for example?

The fund will be entirely in pension phase from that point. However, it cannot be classified as segregated from 1 December 2017 because all its assets are disregarded small fund assets for all of 2017/18. It would be required to obtain an actuarial certificate covering the whole year.

This SMSF might not even be able to calculate its ECPI using the segregated method in 2018/19 when it consists exclusively of pension accounts for the full year. For example, if the pension account has grown to more than $1.6 million by 30 June 2018 it will still have entirely disregarded small fund assets.

The fund would need to obtain an actuarial certificate for the whole year – stating that 100 per cent of the fund’s investment income was ECPI during that year.

Which funds must now use the segregated method during the year?

Change 2 was an explicit legislative change designed to prevent some funds from segregating.

Change 3, however, is completely different. Technically it is not a change at all – it is simply the ATO advising SMSFs that the commissioner disagrees with and will no longer support common industry practice.

That practice was to treat a fund as unsegregated all year and calculate ECPI using the actuarial certificate method, even if it switched between being entirely in pension phase and having a mixture of pension and accumulation accounts during the year.

The ATO has now confirmed the commissioner’s view that this is not consistent with the relevant law. Instead, from 1 July 2017 any fund that is allowed to segregate in a particular financial year (i.e. it is not affected by change 2, and has a period during the year where it is entirely in pension phase, will be required to calculate ECPI for that period using the segregated method. ECPI for the remainder of the year might well be calculated using the actuarial certificate method but the commissioner will no longer accept the traditional short cut of treating the whole year as unsegregated for this purpose.

Imagine a fund where:

This fund has experienced two separate periods of 100 per cent pension phase during the year (1 August – 31 October and 1 January – 30 June) but also two periods where this was not the case (1 July – 31 July and 1 November – 31 December).

As this fund is not prevented from segregating, the fund’s accountant and actuary must do the following to calculate ECPI:

A fund that is prohibited from segregating is not affected by the commissioner’s requirement to use the segregated method whenever the fund is entirely in pension phase.

On the other hand, a fund not affected by the new rules on segregation, must be cognisant of the commissioner’s view if the fund switches into or out of full pension phase during the year.

Unfortunately it is simply not possible to predict which is relevant for an individual fund without knowing about the members’ other superannuation balances.

But one thing is clear – calculation of ECPI in 2017/18 is more complex than in the past for accountants, actuaries, advisers, software providers and trustees.

The new world of ECPI 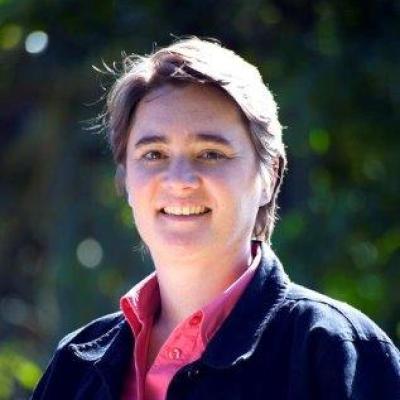 Written by Meg Heffron
Last Updated: 08 December 2022
Published: 06 July 2018
You need to be a member to post comments. Register for free today