Why SMSFs need an annual audit

Moving to a three-year audit cycle will increase administration for the ATO and therefore costs and open up the temptation for trustees to shift around the tax-free and taxable components in their fund.

Firstly I will admit I have a conflict of interest, I am an SMSF auditor and ironically last year on budget night when changes were announced to the depreciation deductions on rental properties I said – what would it be like to have your business value wiped out overnight – not expecting it to have it occur to me one year later. SMSF auditors are already considered an irritating formality. Accountants and trustees want low fees, fast turnaround and as few queries as possible and now the government doesn’t appreciate our value in ensuring the integrity of the superannuation system even though the ATO has clearly stated that “approved SMSF auditors have a critical role in helping to maintain the health and integrity of the SMSF sector through the annual audit of each SMSF.”

The government budget announcement was that if you are a good SMSF, have lodged your returns on time and have had three years of clear audit reports then you don’t need to have an annual audit. Once every three years will suffice.

My first thought was what is the administration cost to the ATO to keep track of who is on the “good list” and who is on the “naughty list” plus when each funds next audit is due? And how much will the SMSF levy be increased by to cover this cost?

Then my next thought was who is going to keep track of those pesky member statement components.

The first thing you do when you audit financial statements is compare the prior year figures to the prior year audited financials and make sure everything carries forward correctly.

Currently an SMSF is audited under the Australian Auditing Standards. These standards do allow for instances where you have not been provided with the prior year audit. You have to do additional testing on the opening balances. Consider two risk areas, the cost base and member components such as tax-free and taxable components, preserved, non-preserved etc. Without an audit of the prior two years financials we can’t ascertain whether those components are correct unless we do additional testing on the prior year’s figures, basically resulting in an audit of the financials since the last audit. Unless we complete this additional work we couldn’t sign off on the audit under the Australian Accounting Standards.

Why are the member components a risk area? Since “death tax” has been introduced, when an SMSF pays a death benefit to a non-dependant i.e. adult children – the taxable component of the benefit is taxed at 15 per cent plus Medicare levy. So there is a very clear incentive to shift components from taxable to tax free.

What about the new $1.6 million cap? The ATO will be monitoring the balance with TBAR however now more SMSFs will be in joint pension and accumulation phase. Meaning they have a requirement for an actuarial certificate and exempt current pension income calculations, an area the ATO have frequently expressed concern about Trustees over claiming.

Another advantage of an annual SMSF audit is we are a deterrent from the temptation to borrow and repay money from the SMSF when times are tight. This is the most common contravention and knowing that no audit will be completed on those two years will increase the instances of this occurring.

The current situation of an annual audit works well. Auditors advise the ATO of a contravention on the auditor contravention report. The Trustee pays for the audit function and based on ATO statistics, the cost of that audit is less than 0.05 per cent of average fund assets. Hardly a significant expense especially when you consider the additional costs the SMSF has to pay for advice under the FOFA reforms like a statement of advice for commencing a pension and making additional superannuation contributions

So if the aim of this policy is to reduce compliance costs for SMSF why don’t you focus on the FOFA reforms and the red tape around contributions and pension commencement?

Why SMSFs need an annual audit 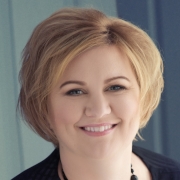 Written by Deanne Firth
Last Updated: 08 December 2022
Published: 11 May 2018
You need to be a member to post comments. Register for free today