Company directors and the retirement condition of release

Under common law, the director of a company is not generally considered to be an employee. This is because the courts have considered a company directorship to be an office, not an employment. However, from a superannuation perspective, this raises a number of questions, including whether it’s possible for a company director to trigger the retirement condition of release by resigning their directorship after turning age 60?

On the face of it, the answer to this question would be no, as a director will not have ceased an arrangement of gainful employment by resigning. However, section 15A of the SIS Act expands the meaning of employee for superannuation purposes to include company directors who are entitled to payment for the performance of their duties.

Therefore, directors that come under the superannuation definition of employee could potentially satisfy the retirement condition of release by resigning their directorship after turning age 60. This is important as it could potentially allow that person to convert benefits in the taxable accumulation phase, including a transition to retirement income stream, to the tax-free retirement phase.

However, as with everything, the devil is in the detail and whether a director can resign their directorship and declare retirement will depend on their specific circumstances.

Some of the relevant issues you may wish to consider include:

Was the director entitled to payment for the performance of their duties?

Under section 15A, a director will only be considered to be an employee for the purposes of the SIS Act where they are entitled to payment for the performance of their duties.

However, it is important to note that directors are generally not entitled to be paid for their services unless it’s specifically permitted under the company’s constitution or it has been approved in a shareholder resolution.

Did the director actually receive any gain or reward for the performance of their duties?

To satisfy the retirement condition of release under the SIS Regulations, an arrangement under which a person was gainfully employed must have come to an end — either at some time or after they turned age 60 depending on which retirement definition applies.

In this case, the SIS regulations confirm a person will only be gainfully employed where they are employed or self-employed for gain or reward in any business, trade, profession, vocation, calling, occupation or employment.

Therefore, while many company constitutions may state that directors are entitled to remuneration, that on its own will not be sufficient. Instead, a director will also need to show that they actually received payment, or some other form of gain or reward, for the performance of their duties in order to demonstrate they were gainfully employed. In this case, directors may wish to retain sufficient records to evidence what payments were received.

Where a person is both a director and a common law employee of a company (i.e. they have entered into a separate employment arrangement) having the appropriate records and documentation could also be very important where the person intends to resign their directorship but remain an employee. In this case, a person may need to provide evidence they received separate payments in respect of both roles in order to prove that they ceased to be gainfully employed in relation to the directorship.

For example, it may be hard to prove a director ceased to be gainfully employed where they resigned their directorship if the only remuneration they had received from the company was in relation to a separate employment arrangement.

Has there been a legitimate termination?

However, clients in this situation should proceed with caution and may wish to seek specialist legal advice to confirm their situation as the ATO may seek to closely scrutinise any arrangement where there is evidence of an ongoing relationship between the person and the company.

For example, the ATO has provided an example on its website involving a person resigning as an employee of a business but then continuing to perform substantive unpaid duties and then receiving passive income through their ownership interest in the business. In this case, the ATO confirmed that while receipt of passive income would not normally affect the retirement definition, if the person’s actions led to an increase in business turnover resulting in larger or disproportionate increases in income distributions, it may take the view that the original employment arrangement did not come to an end.

Alternatively, where a person resigned their directorship but remained an employee, it will be important to ensure they ceased to have any involvement in managing the company’s business activities, otherwise the ATO could conclude that no termination occurred. For example, an arrangement involving a person resigning their directorship but then effectively continuing to exercise control over the company, whether directly or via an interposed entity, could come under heavy scrutiny.

Potential consequences of getting it wrong

Where the facts of the case indicate there has been no termination of employment, or that the client has entered into a scheme to facilitate a termination, the ATO could seek to apply:

Therefore, before a director declares retirement it will be extremely important to confirm they were both an employee and gainfully employed, and that there has been a legitimate termination of employment. Given the potential consequences, and to avoid any doubt, clients in this situation may wish to consider seeking specialist legal advice.

Company directors and the retirement condition of release 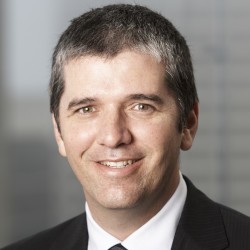 Written by Craig Day
Last Updated: 09 April 2018
Published: 27 March 2018
You need to be a member to post comments. Register for free today