The legal minefield of accountant’s certificates

A recent crackdown by ASIC on the inappropriate use of accountant’s certificates highlights the importance of understanding exactly when these certificates can be used under the wholesale client rules.

On 7 July 2017 ASIC issued a media release concerning action that it had taken over a particular example of perceived inappropriate use of accountant's certificates to treat investors as wholesale clients.

Although ASIC provided few details of what this inappropriate use involved and there was no specific mention of SMSFs being targeted, it is a timely reminder for financial advisers and accountants that they need to be aware of how an accountant's certificate can be used under the wholesale client rules – and the difficulties that can arise with SMSF clients.

What is an accountant's certificate?

client meets either the income or assets individual wealth tests. However, these tests are not straightforward and raise a number of issues when the client is an SMSF.

What is the distinction between wholesale and retail clients?

The distinction between wholesale and retail clients has a number of significant effects under the financial services laws. Many of the disclosure and conduct rules do not apply in relation to wholesale clients. Some products are also only open to investment by wholesale clients.

When is it permissible to treat an SMSF client as wholesale?

An SMSF must have one of two trustee structures:

● Corporate trustee – each member must be a director of the trustee. A single member SMSF may have either one or two directors – the second director being either a relative or person who is not an employer of the member; or

At law, the SMSF trust fund is itself not a legal entity and the status of the fund's trustee(s) as a wholesale client needs to be looked at rather than the trust itself.

Where the SMSF has a corporate trustee then the company is the client and it is the status of the company that needs to be considered.

"Inherent in the basic system of trusts is the principle that trustees must act unanimously. They do not hold several offices – they hold a single, joint, inseparable office."

What are the wholesale client eligibility tests?

The legislation creates five classes of eligibility to be a wholesale client. Only one of these classes, the individual wealth tests, requires certification by accountants.

The individual wealth tests are frequently used by financial advisers as they are relatively straightforward tests and the adviser can rely on the certification provided by the accountant. While many SMSFs will have the necessary level of assets or income within the fund, the controlled entity rules also offer scope to include assets or income additional to those of the SMSF.

For example, a husband and wife who were individual trustees of an SMSF could also include the value of the family home if they owned it jointly. Similarly, if they were joint trustees of a family trust. However, if the wife owned an investment property in her own name then this could not be included.

What is individual wealth?

The individual wealth tests require a person to have either:

● Gross income for each of the last two financial years of at least $250,000, as certified by an accountant.

The accountant's certificate lasts for two years before requiring renewal. There is no particular form specified for the certificate. However, ASIC issued a template certificate in 2006 which is available here.

How are controlled entities included?

The individual wealth tests have an extended operation in relation to controlled entities such that:

Control is defined as the capacity of one entity to determine the outcome of decisions about another entity's financial and operating policies. It is possible that more than one person or entity may meet the legal meaning of control in relation to a subject entity at the one time.

Who can control an SMSF?

The trustees of an SMSF legally own and, therefore, clearly control the assets of the SMSF which means that the income and assets of the fund can be included for the purposes of whether the trustees themselves meet the individual wealth test.

A similar lack of control would exist between the multiple directors of the corporate trustee of an SMSF. However, it is possible to have a single director trustee company. A single member SMSF with a corporate trustee that had that member as sole director and shareholder would be controlled by the member.

Also, keep in mind that control can exist outside of the recognised legal structures to encompass the puppet-master situation where an individual exerts influence behind the scenes. By its nature, it can be difficult for a third party such as an accountant to identify whether such a situation exists in practice – an interesting example can be found in the AAT decision in Gutteridge v CoT [2013] AATA 947.

The legal minefield of accountant’s certificates 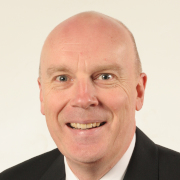 Written by David Court
Last Updated: 20 October 2021
Published: 28 September 2017
You need to be a member to post comments. Register for free today