While many clients may not be in receipt of a market-linked income stream, understanding the difference in their treatment because of the new superannuation rules will come in handy for those who have them in place as at 1 July 2017.

Market Linked Income Streams (MLIS), also referred to as Term Allocated Pensions, had a relatively short life up until 2007 when they were impacted by changes in the tax and social security legislation at that time. Despite these changes MLISs in place that continued or were commuted to commence a new MLIS from that time are still in place.

An MLIS acted as a mid-point between the more traditional defined benefit life time and life expectancy pensions that were available at the time and account-based pensions. This provided the pensioner with certain benefits for social security purposes and a level of flexibility on the amount of pension payable year by year as well as the period for which the pension could be paid. The main restriction on an MLIS applied is its commutation, either on the death of the pensioner or, if there was a reversion, on the death of the reversionary pension. These rules are covered by regulations 1.06(8) and 1.07C of the SIS Act.

With the superannuation reform legislation applying from 1 July this year the question is whether a person should retain the MLIS in place at that time or roll it over to commence a new MLIS. The main benefit is the value of the MLIS for transfer balance cap (TBC) purposes and the taxation of any pension received by the pensioner.

MLISs in place as at 30 June 2017 are valued on the basis of the remaining term of the pension, referred to as its special value. They are treated as capped defined benefit pensions meaning that 50 per cent of any excess of the MLIS over and above $100,000 is taxed at personal rates of tax. Any MLISs commencing from 1 July 2017 are treated differently for TBC and taxation purposes. That is, it is the account balance of the market-linked income stream, rather than its special value, is counted for transfer balance cap purposes. In contrast, the whole of the pension received is tax free if the pensioner is older than 60 as it is not defined as a capped defined benefit income stream.

The commutation of the MLIS in place on 30 June 2017 to a new TRIS on or after 1 July 2017 can provide a number of advantages particularly for anyone who is slightly over their $1.6 million transfer balance cap or where the amount of the MLIS is just over their transfer balance cap. The reason is that the value for transfer balance cap purposes may fall under the cap amount and may allow the pensioner to have an allocated pension or continue with a slightly higher account-based pension than if the original MLIS was retained. It can also come in handy for those pensioners who are in receipt of a pension from an MLIS which is in excess of $100,000.

What should be done with clients in receipt of an MLIS on 30 June 2017 and should they commute it to commence a new market link income stream from 1 July 2017 or later? As always, the answer depends on the client’s circumstances, an answer which seems to be taking place more than ever when we examine the client’s circumstances in the light of the superannuation changes.

As an example, Colin has been in receipt of a market-linked income stream for some years. As at 30 June 2017 the MLIS has a market value of $1.1 million and has a remaining term of 10 years. At that time the factor for determining the market-linked income stream in accordance with Schedule 6 of the SIS Act is 8.32 and the pension selected by Colin is $132,000. The special value of Colin’s pension on 30 June 2017 is $1.32 million. On 1 August 2017 Colin decides to commence an account-based pension with a value of $400,000.

Here’s what would happen Colin’s transfer balance account if he continued with his MLIS and commenced the account based pension on 1 August 2017:

The result would be an excess which would be subject to an interest rate penalty and the account-based pension would be required to be commuted to the extent of the excess. Not a great result.

By commuting the market-linked income stream Colin will be in a much better position as he can now have a lower value which is counted against his TBC and be within the $1.6 million limit. In addition, the pension he receives from the MLIS will be tax exempt irrespective of the amount received. The only catch with the amount of the MLIS received is that it cannot be less than the minimum percentage for his age in accordance with Schedule 7 of the SIS Regulations.

Reviewing a client’s circumstances where they are in receipt of an MLIS can certainly provide a number of advantages but it all depends on their circumstances. 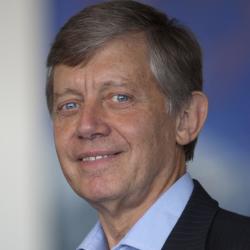