Uncertainty over how to claim exempt current pension income (ECPI) and the interaction with Capital Gains Tax (CGT) relief has created a minefield for practitioners dealing with SMSFs impacted by the transfer balance cap. Here’s what you need to know now.

The introduction of the $1.6 million transfer balance cap (TBC) on 1 July 2017 and the associated CGT relief, together with a new interpretation from the ATO on segregation, have all increased the complexity of reporting for funds in the 2016-17 financial year. Clearly, these changes can have a large impact on a fund’s tax position and important implications when calculating ECPI.

A key issue impacting the calculation of ECPI is the ATO’s recent confirmation of its position on deemed segregation. The ATO has confirmed it is their view that any period where a fund is solely supporting pension liabilities, even if only a single day, it is required to treat that period as segregated. This means that a single fund could have several different periods of calculating ECPI under the segregated and unsegregated method in the same year, greatly increasing administration requirements.

This differs to established practice in the SMSF industry where most funds with both accumulation and pension liabilities during a financial year would calculate the tax exempt percentage using the unsegregated method over the entire financial year, even if there happened to be a period of full pension. Given this, and following discussions with the Actuaries Institute, the ATO has recognised the need for a transitionary period in order to implement their new approach.

For the 2016-17 and prior financial years the ATO has confirmed that it will not apply compliance resources to checking ECPI calculations where SMSFs claim ECPI using only the unsegregated method, even if the fund was solely in pension at some stage. However, for the 2017-18 financial year onwards the ATO expects SMSFs to comply with their view on segregation and calculate ECPI accordingly.

This means that the industry can continue with its current approach for all SMSFs completing their 2016-17 annual returns and we now have some time to make the necessary changes to systems and software to deal with the new methodology that will be required for 2017-18 onwards. However, the same concessions do not apply to the CGT relief.

The method that applies for claiming the CGT relief depends on the fund’s position on 9 November 2016. SMSFs that were solely in pension phase on that date must use the segregated approach to claim the relief. For funds that remain entirely in pension phase until they make the commutation to comply with the TBC, the relief is applied on the date of the commutation. Under the segregated approach, the cost base is reset for applicable assets on this date and the resulting notional gains are disregarded.

What does this mean for funds impacted by the TBC?

Many funds impacted by the TBC will have been solely in pension phase prior to commuting pension balances to comply with the cap. Below we set out the options are for claiming ECPI for a fund in this position that commutes on 30 June 2017.

Unless specific assets are commuted, and segregation maintained and documented, the fund’s assets will become unsegregated on 30 June. The ATO has confirmed its view that, in these circumstances, the trustee will need to obtain an actuarial certificate in order to claim ECPI for income earned on this day. The trustees then have two options for claiming ECPI for this fund:

Unsegregated method on 30 June only

As the fund is solely in pension phase from 1 July 2016 to 29 June 2017 the fund could choose to use the segregated method for this period, meaning all income earned during that period will be entirely tax exempt. There will then be the single day on 30 June on which there are both pension and accumulation liabilities. To claim ECPI in respect of the income earned on 30 June an actuarial certificate will be required. This actuarial certificate would only need to include the member balances and any transactions which actually occurred on 30 June and applies only to income earned on that date.

This approach is consistent with the ATO’s views on segregation. All assets are deemed to be segregated current pension assets while the fund is solely supporting pensions and income earned during this period must be claimed as ECPI under the segregated method. From 2017-18 onwards all funds in this position would need to adopt this approach.

Unsegregated method for all income

The ATO’s concession regarding deemed segregation for the 2017 and earlier years means that it is also possible to apply the unsegregated method for all liabilities over this year.

In this situation you would obtain your actuarial certificate as normal, including all member accounts for the entire financial year, which also includes the pension commutation on 30 June. Given the very short period of time where there are accumulation liabailties, the tax exempt percentage calculated by the actuary is likely to be close to 100%.

This tax exempt percentage is then applied to all assessable income and net capital gains earned over the entire financial year to calculate ECPI. Our understanding is that the CGT relief would still need to be applied using the segregated method because the fund was solely in pension phase on 9 November 2016. As such, the notional gains realised using the CGT relief would not be included in these net captial gains as these are disregarded under the segrgated method for claiming the relief.

This approach for claiming ECPI is in line with established industry practice and is likely to be the simpler option administratively. However, the approach which provides the best tax outcome for the fund may depend on the timing of income and realised gains.

As can be seen above, there are a number of factors to consider when advising clients with more than $1.6 million in pension above and beyond ensuring they comply with the TBC. Understanding the different methods for claiming ECPI is important, not just to comply with the ATO’s interpretations, but also to ensure the best outcomes for your clients. It also gives us a taster into how we will need to treat funds moving into and out of full pension phase from 2017-18 onwards. 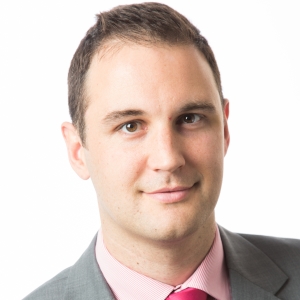