It may be time for the government to consider bringing in some behavioural economists when tweaking the superannuation regime as the latest changes could have unintended consequences.

Devotees of behavioural economics study the effects of psychological, social, cognitive, and emotional factors on the economic decisions of individuals. If they review the new super laws and age pension tests, which are designed to maintain the attractiveness of long-term saving for retirement, they might be left scratching their collective heads. In my view, the changes will do the exact opposite for those on low to moderate incomes.

For those earning anywhere between 80 per cent and about 180 per cent of average wages – that is between $65,000 and $150,000 – it takes a lot of effort and sacrifice over many years to save a meaningful amount of money towards retirement. Indeed, they would be better off living in the best home they can afford than bother saving anything more than compulsory super.

Let me support my argument with the following case studies which illustrate the effect of saving for superannuation for different income levels. They are based on an individual in a relationship, both aged at least 65 who own their own home without debt.

My main area of focus will be the person’s super assets which is the major investment. In all of the case studies I have assumed that he or she will want a super pension from a non-public sector super fund which will pay five per cent income. All income is paid tax-free.

For the sake of simplicity, I will further assume that this super pension started after December 2014 which means the account balance is deemed under Centrelink’s income test. Apart from the home and super, the person owns $50,000 worth of personal use assets including a car and has no other assets. All of the case studies will consider the assets test thresholds that applied from 1 January 2017.

In the first example, as there is $200,000 in super assets, the super pension will pay $10,000 and the recipient will be eligible for the full age pension of $34,382 including the pension and energy supplements. Total income is therefore $44,382.

If the same individual had $1 million in super assets, they receive no age pension and need to live off all their super pension of $50,000.

In the final illustration, there is $1.6 million in super assets, meaning no eligibility for an age pension and income from the super fund of $80,000 a year (5 per cent X $1.6 million).

The government says it is changing the super system to make it fairer and more equitable. These are the reasons for the $1.6 million pension cap, the $250,000 income threshold for higher contributions tax, the lower contribution caps and the refund of contributions tax for lower income earners.

Based on all the cases above, these arguments do not really hold because the new super laws and the age pension tests discourage saving especially for those earning average weekly wages. In November 2016, the full-time adult average weekly ordinary time earnings was $1,533.

Anyone earning $50,000 each year which increases at 2 per cent each year and their super grows by 5 per cent after all taxes, fees and charges, and receives compulsory super, will have $400,000 in super assets after 31 years of work. At that point if they were to retire they would receive 100 per cent of their pre-retirement income from both the super fund and a part pension. Clearly there is a distinct disincentive for people in this situation to work for longer or to try and earn a higher salary.

After looking at my case studies, why would you bother saving anything more than compulsory super and living in the best home you can afford that it is very well maintained?

Perhaps the best solution is to go back to the drawing board, an option the government would not be keen on. New Zealand has a universal age pension – called NZ Super – set at about 65 per cent of average wages and is subject to income tax. It is paid from age of 65 regardless of the income you earn or the assets you own – that is, there is no disincentive to stop work. In addition, such a system would eliminate the expenses retirees incur every year to maximise their age pension entitlements, as well as eliminating the cost of running our age pension income and asset test bureaucracy. You might not even need to consider behavioural economics. 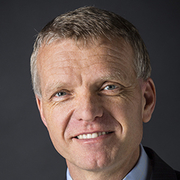 Written by Tony Negline
Last Updated: 08 December 2022
Published: 15 September 2017
You need to be a member to post comments. Register for free today