With the raft of recent reforms to super, is superannuation still the best long-term wealth accumulation structure?

One could be forgiven for thinking that superannuation was no longer worth it.

If that’s the case, there are a few things you need to remind them about super.

The tax rate on investment earnings on superannuation is still 15 per cent while accumulating, and zero per cent on earnings if they have less than $1.6 million in retirement (pension) phase. Not to mention, any income earnings on the excess balance over the $1.6 million held in accumulation remains taxed at 15 per cent.

Compare these rates to the top marginal tax rate of 47.5 per cent, and there is still a big advantage to using superannuation to build retirement savings.

Consider the option of holding investments of $1 million generating taxable income of $60,000 per annum in their own name, taxed at the top marginal rate, versus holding them in superannuation. The tax savings on earnings would be around $19,500 per annum, equal to another 1.95 per cent investment return on assets for the year. In today’s low return environment, that doesn’t sound too bad a deal for simply structuring asset holdings correctly.

For someone in the top marginal tax rate, using superannuation to hold investment assets would be worth a significant amount over the longer term and boost their income for retirement.

Another often overlooked advantage of superannuation is in relation to the Small Business Capital Gains Tax rules. This rule allows the transfer of up to $1.445 million into superannuation from the proceeds of the sale of a small business. For many Australians who have spent their working lives investing everything back into their business, accessing these rules may allow them to significantly boost their provision for retirement, and have the investment earnings taxed concessionally into the future.

While the non-concessional cap for large contributions has dropped from $180,000 to $100,000, this is still a viable option for clients with a large lump sum of money. Those under the age of 65 can still bring forward an additional three years of contributions.

This means if need be, trustees can contribute up to $300,000 to their super, which will give them greater options and flexibility should they need it, or if perhaps they were behind in updating their super fund ahead of the changes.

With the new cap on superannuation balances, the splitting of contributions between spouses becomes more desirable.

This can assist your clients in equalising superannuation balances over time. However, it’s important to remember the splitting of contributions must occur in the year following the year in which the contributions were made, and trustees can only split a maximum of up to 85 per cent of their concessional contributions each year.

While this may not make a significant difference, it will assist in equalising superannuation balances over the long run.

What does this mean for self-funded retirees?

While self-funded retirees could be excused for feeling like they are in the government’s tax headlights, they should be advised the tax impact of the recent superannuation changes for most shouldn’t be too drastic.

A couple can have approximately $46,000 each in taxable income before their average tax rate equals the 15 per cent tax on investment earnings that would apply to superannuation. If taxable income was being generated at the rate of 6 per cent per annum, then this would equate to a capital amount of around $766,000 each. However, this only works if the individuals in question have no other taxable income in their personal names.

Overall, if a client has more than $1.6 million in superannuation, then carefully consider whether it is best for them to leave the excess amount in their superannuation fund, or withdraw those funds and invest them in their own name.

Long-term wealth accumulation depends on the compounding of returns over time, and an additional boost through the tax efficiency of superannuation will help most people get closer their ideal of self-funded retirement. This should not be forgotten. 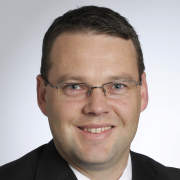 Written by Chris Morcom
Last Updated: 08 December 2022
Published: 11 August 2017
You need to be a member to post comments. Register for free today