How the super reforms impact US expats

Complying with Australian superannuation reforms by 1 July will trigger not just double, but triple, taxation by the US on their superannuation contributions, earnings and distributions.

Last May 4, President Trump and Prime Minister Turnbull celebrated the 75th anniversary of the Battle of the Coral Sea in New York aboard the USS Intrepid, a World War II aircraft carrier. In his commemorative speech, President Trump renewed friendship and lasting partnership with Australia noting that the ties that bind the two countries had been “sealed with the blood of their fathers and grandfathers”. This recent warming of relations between Trump and Turnbull since the purportedly “combative phone call” between the two leaders last February 2017 is fortuitous indeed. Perhaps it will provide the political momentum for much needed amendments to update the Australia-US tax treaty, particularly Article XVIII which does not definitively address whether the United States can impose tax on contributions, earnings and distributions from Australian superannuation funds that are owned by US citizens residing in Australia (the US expat).

Absent bilateral treaty renegotiations, US expats, who are obligated to pay US taxes on their worldwide income, have no other recourse except to trundle through the byzantine tax laws of both countries in order to arrive at a defensible (though uncertain) position on why Australian superannuation funds should not subject to US taxation. Thus far, the certainty and clarity of that solution has remained elusive. US expats who become fully compliant with their US tax obligations have done so at a price so steep that many have decided to renounce their US citizenship.

From double to triple taxation?

Starting July 1, 2017, there will be a cap of AUD $1.6m on the total amount of superannuation savings that can be transferred from an accumulation account to a tax-exempt retirement account. To enforce the transfer balance cap, individuals will be required to commute one or more of their superannuation income streams where they have an excess transfer balance. Unless the US tax law is clarified, US expats with amounts in excess of AUD $1.6m in their superannuation savings who will be transitioning to retirement and those who are already in retirement with more than AUD $1.6m in their retirement accounts will generally have two options: leave the excess amounts in their accumulation account where earnings are taxed at the standard 15 percent rate or withdraw the excess amounts from superannuation which may be subject to tax for Australian tax purposes where the member is less that age 60. We note that a third option, which involves the use of limited recourse borrowing arrangements (LRBAs) by SMSFs is the subject of recently proposed legislation which will severely restrict the use of LRBAs as a workaround to the total superannuation balance non-concessional contribution cap rules and effectively transfer growth from accumulation phase to retirement phase without being counted towards the transfer balance cap.

The imposition of an AUD $1.6m lifetime balance transfer cap from an accumulation account to a retirement account holds potentially disastrous tax consequences for a US expat with superannuation accounts in excess of AUD $1.6m.  Such an individual has the two options referenced above, and unless clarification of US law is forthcoming, both options potentially increase their US tax liabilities.

A US expat whose superannuation savings are in accumulation phase generally has no ability to withdraw, pledge or dispose of those savings until he or she reaches retirement age.  Until such time, earnings generated in the accumulation account are taxed to the fund at concessional rates of 15 percent and do not constitute assessable income to the US expat for Australian tax purposes.  Both the principal amounts and earnings generated therein arguably do not constitute current taxable income to the US expat because of very strict restrictions and conditions that bar access to such superannuation funds by the US expat.

However, under the US tax doctrines of economic performance and constructive receipt, the presence of substantial impediments to a US expat’s ability to access and control the use of such funds negate inferences that the US expat has gross income equivalent to such contribution and earnings. The introduction of options to transfer or withdraw such superannuation amounts to meet the AUD $1.6m transfer balance cap by July 1, 2017 gives a US expat constructive receipt of such funds, i.e., they can either re-invest it back into the superannuation savings account or withdraw it permanently from superannuation by cashing out of the system.  This ability to invest or withdraw at their discretion arguably provides the US expat with the ability to access and control the disposition of the superannuation account, notwithstanding that rolling back monies from the retirement phase to accumulation phase does not result in the US expat actually receiving any of the money. Consequently, the US expat would recognize such excess amounts that are transferred or withdrawn as current gross income, which is subject to current US tax under the US tax doctrine of constructive receipt.

With the uncertainty and potential negative US tax consequences appurtenant to Australian superannuation, many US expats are tempted to address their unenviable position by transferring a portion of their Super as a contribution to the Super of their non-working non-US citizen spouse.  Australian law allows a limited tax offset of up to AUD $540 for contributions made to the superannuation account of a low income or unemployed spouse of up to AUD $3,000. However, Australian law does not limit the US expat from contributing more than that amount, possibly up to the AUD $180,000 non-concessional contribution cap for the non-citizen spouse.  Under Australian law, these contributions are not taxable to either spouse.

While transfers of property between US citizen spouses are technically not subject to tax under domestic US tax laws under IRC Section 1042 (incident to divorce or separation), gifts to spouses are subject to the same annual gift tax exclusion (USD $14,000) and lifetime unified gift and estate tax exemption (USD $11m for two US citizen spouses).  However, a US expat with a non-US citizen spouse is also entitled to claim a unified exemption of half that amount of USD $5.49m.  Any amounts in excess of such exemption are subject to a hefty US estate and gift tax of 40 percent in addition to US tax reporting obligations.  We would caution US expats from transferring amounts in excess of the AUD $1.6m balance from their superannuation savings accumulation account or retirement account to their non-citizen spouses without considering the potential US gift taxes payable on any amounts that exceed the annual and lifetime unified exemption thresholds.

US expats in Australia are stuck between the devil and the deep blue sea. This is because complying with Australian superannuation reforms by July 1 would trigger not just double but triple taxation by the US on their superannuation contributions, earnings and distributions. With damned if you do and damned if you don’t consequences to becoming compliant, US expats may simply ignore the problem and hope it goes away.  However, ignoring the problem may not be the most prudent course, especially for those in Australia and Asia-Pacific. This is because in December 2016, IRS Commissioner Koskinen stated that the IRS plans to expand and further modify its OVDP operations to “turn around and look West…to Hong Kong, Singapore and all of Asia. Indeed, the window of opportunity for US expats in Australia to become fully compliant is likely to run out as the IRS “tin man” will be skipping down that yellow brick road in the merry land of Oz.

How the super reforms impact US expats 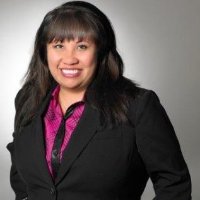 Written by Marsha-laine Dungog
Last Updated: 08 December 2022
Published: 12 May 2017
You need to be a member to post comments. Register for free today