Don’t lock your keys in the car with EPOAs

The Victorian Supreme Court's ruling in the case of Ash v Ash late last year provides a timely reminder of what might happen if your attorney is not properly authorised to run your SMSF.

If you believe that your SMSF estate planning obligations are complete by signing an enduring power of attorney (EPOA) without considering the powers your attorney needs, this case tells us you need to think again!

[The Victorian Civil & Administrative Tribunal (VCAT) does not wish people involved in guardianship proceedings to be identified, so the person in question will be referred to as ‘Dad’.]

Dad had been diagnosed with Parkinson’s disease in 2007. Dad’s wife died in 2008. In 2012, Dad appointed his daughter Vanessa as his enduring attorney to make financial decisions for him.

Dad had an SMSF and a family trust, both established in 1978. The same trustee company was used for both. Dad appointed Vanessa as a director of the trustee company and a member of the SMSF in July 2013.

Around September 2013, the trustee company replaced the SMSF trust deed with a substitute deed signed by Vanessa.

Dad had a serious fall, causing acute brain injury in October 2013. The fall left him unable to manage his affairs. He moved out of his $2 million home in Kew into an aged care facility.

Shortly after Dad’s fall, Vanessa appointed her husband Brad as director of the trustee company and admitted him as a member of the SMSF. Brad, having worked in financial services, had been Dad’s principal adviser in relation to certain proposed investments.

Vanessa, Brad and their children moved into Dad’s property in Kew around January 2014. Initially, they paid what was perceived as a ‘bargain’ rent of $459 per week, increasing this a couple of months later during VCAT settlement negotiations.

There were transactions and investments made by Vanessa on behalf of her father that lost a substantial amount of money over time.

In March 2014, Dad’s other daughter applied to VCAT for Vanessa’s EPOA to be revoked and an independent administrator to be appointed for Dad’s affairs.

Vanessa claims she decided to resign as attorney in mid-January 2015. Her formal resignation was given at the VCAT hearing on 23 January 2015. Nevertheless, her appointment was formally suspended and an independent administrator appointed by VCAT. It was this administrator who, on behalf of Dad, commenced the Supreme Court action against Vanessa, Brad and the trustee company.

Before resigning as attorney, Vanessa signed the following documents on 24 December 2014:

This resulted in Vanessa obtaining complete control of the family trust and SMSF.

There was no mention of these three transactions at the VCAT hearing in January 2015, and the administrator did not become aware of them until late 2015.

Leading up to the VCAT hearing, terms of a draft settlement agreement were being negotiated with Vanessa on how she could be supervised and monitored as Dad’s attorney. On 17 December 2014, Vanessa received the final version, which she found to be unreasonable. This occurred a week before the three transactions took place. The court carefully considered whether Vanessa’s decision to resign as attorney was made at that time (before the three transactions) or in January, as she claimed.

Vanessa and Brad refused to transfer control of the family trust or Dad’s super benefits. They also refused to vacate the Kew property, citing that they had a valid lease.

The main issue in this case was whether Vanessa, Brad and the corporate trustee of the family trust and SMSF (all defendants in the action) had a chance of defending the case against them. If they didn’t, the administrator was seeking a summary judgement that Vanessa breached her fiduciary duties. The duties were, to her father, to avoid conflict in acting as his attorney and not to profit or benefit from transactions where she acted as his attorney. Brad and the trustee company were alleged to have been knowingly involved in the wrongful conduct and liable for the loss sustained by Dad through the actions of his attorney.

Vanessa and Brad’s defence was that Dad had a plan for Vanessa and Brad to be more directly involved in the management of his financial affairs. This was shown by appointing Vanessa as his attorney in 2012, noting her as a signatory on his bank accounts in 2013 and the decision to appoint her a director of the corporate trustee. Dad had also expressed a desire (before his accident) to live in the Kew property with Vanessa and her family.

The court did not accept this as a likely defence due to lack of evidence. The only way to defend the allegations of bringing about these ‘conflict’ transactions was to obtain informed consent from Dad. As Dad no longer had capacity, it was clear this consent was not given at the time of the transactions and there was no evidence it was given prior to his accident for these specific transactions.

The judgement shows the importance of proper estate planning. Consider whether the interests of your attorney may conflict with their duties or the interests of the person they represent. This is particularly important where they are also a member of the same SMSF.

What types of things do you want to empower your attorney? This case illustrates the importance of imposing limits and conditions on the authority of the attorney or expressly authorising them where there is a potential for conflict.

This case demonstrates that even if an attorney considers they are acting in the best interests of the member, a poorly drafted EPOA document can potentially expose them to personal liability.

It is important to carefully consider whether there is the potential for conflict while your attorney operates your SMSF. Planning for critical events such as incapacity and death (where conflicts often arise) are an important part of operating an SMSF and should be done at the commencement and reviewed periodically.

Signing an EPOA without considering how it will work in practice is like accidentally locking your keys in the car. It can sit there safely, but no one can operate it.

*In the print version of this article SMSF Adviser mistakenly referred to 'the administrator' as 'Vanessa'.

Don’t lock your keys in the car with EPOAs 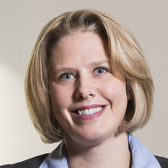 Written by Caroline Harley
Last Updated: 08 December 2022
Published: 10 March 2017
You need to be a member to post comments. Register for free today