Taking action on the super reforms

It is critical that SMSF practitioners begin the process of reviewing the impact of the super changes on each individual SMSF client in the lead up to 30 June. What are the basics that need to be looked at?

On 23 November 2016, certain bills concerning superannuation passed through Parliament, receiving royal assent on 29 November 2016. The new legislation introduced significant amendments to superannuation and associated law, both with respect to contributions and more broadly.

Contributions to your clients’ SMSF

For this financial year:

Following from the new rules concerning the non-concessional contributions cap, from 1 July 2017 new numbers apply regarding non-concessional payments that can be ‘brought forward’.  Putting to one side indexation, for superannuants under 65 years of age, an amount of up to $300,000 can be brought forward over three years, depending upon that individual’s superannuation balance. The magic figure, initially, when it comes to determining the amount that can be brought forward is $1.6 million.  The ATO advice is as follows:

* As at 30 June on the previous financial year.

Some things to remember

$1.6 million cap: For the 2017-18 financial year, $1.6 million is the maximum amount that can be transferred into the retirement phase of superannuation i.e. that phase where you do not pay tax on the earnings.  This amount will be indexed annually.

Balances in excess of the cap will need to be removed to an accumulation account, or out of superannuation savings, and will attract an excess transfer balance tax. If you do not pay the excess transfer balance by the due date for payment, you will be liable to pay interest on that amount, calculated by reference to each day that the amount, and any interest, remains unpaid.

Transitional arrangements apply to those who breach the cap by less than $100,000 as at 1 July 2017, but if in this category you will have a maximum of six months from 1 July 2017 to bring the transfer balance in the retirement phase of your superannuation to the relevant figure or less.

Taking action on the super reforms 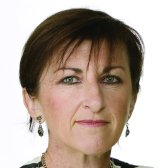 Written by Kathleen Conroy
Last Updated: 08 December 2022
Published: 03 March 2017
You need to be a member to post comments. Register for free today