Distinguishing loans to a member from access to benefits

Determining whether an amount paid to an SMSF member is a loan or access to benefits without a condition of release often depends on what the initial intention was.

While working for the SMSF regulator, the question would often arise as to whether an amount paid to a member of an SMSF was a loan or access to benefits without meeting a condition of release. Often, the hardest issue would be to find out the intention at the time the money was accessed. Was there an intention to repay the money?

Subsection 65(1) of the Superannuation Industry (Supervision) Act 1993 (SIS Act) prohibits trustees from lending money and giving financial assistance to members or their relatives.

Subsection 10(1) of the SIS Act defines the word ‘loan’ as including, “the provision of credit or any other form of financial accommodation, whether or not enforceable or intended to be enforceable, by legal proceedings”.

As this definition is inclusive, a loan can be any or all of the following:

The word loan is defined in the Macquarie Dictionary as:

The definitions above point to a loan involving something being given temporarily with the intention that it will be returned. Other indicators include a loan agreement, the charging of interest and commencement of repayments from the member to the fund. Also, note that under the new penalty regime, failure to comply with section 65 of the SIS Act could result in a possible charge of $10,200 per trustee. Where a loan cannot be substantiated, the money paid could be deemed to be access of the member’s benefits.

When a benefit can be accessed

The payment standards are prescribed in Part 6 of the Superannuation Industry (Supervision) Regulations 1994 (SIS Regulations) and the conditions of release are set out in Schedule 1 of the SIS Regulations.

SIS Regulations subparagraph 6.17(2)(a)(i) states that a member’s benefits in a fund may be paid by being cashed in accordance with Division 6.3.

SIS Sub-regulation 6.18(1) states that a member’s preserved benefits in a regulated superannuation fund may be cashed on or after the satisfaction by the member of a condition of release.

The conditions of release listed in Schedule 1, Part 1: Regulated superannuation funds include, but are not limited to:

Note that this regulation falls under the operating standards of the SIS Act and is, therefore, subject to the new penalty regime imposed by the ATO from 30 June 2014. This holds a possible charge of $3,400 per trustee so it is important to follow the requirements set out above.

Distinguishing loans to a member from access to benefits 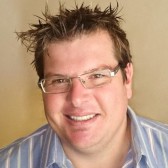 Written by Heath Griffiths
Last Updated: 08 December 2022
Published: 23 February 2017
You need to be a member to post comments. Register for free today