Could private investment companies be the new SMSFs?

SMSFs remain an important tool in providing for a tax-effective retirement. However, the limitations that come into effect from 1 July 2017 could see some clients looking for structure that offer more flexibility for their family's wealth and succession plan.

The recent changes to the superannuation law are among the most significant changes to the superannuation landscape in recent history and dramatically reduce the amount people can contribute to and maintain within a SMSF. Further, the continued tinkering by successive governments, combined with the retrospective nature of the $1.6 million pension cap, has resulted in numerous people losing faith in the superannuation system. Therefore, there are a lot of clients looking to alternatives to SMSFs as an investment vehicle for their retirement and also as a place to invest for the future of their family.

Traditionally, discretionary trusts have provided this solution for clients to invest. While these trusts have rightly held this position, the purpose of this article is to explore the advantages of holding investment assets in private companies, the benefits of which can be more effective leading up to and into retirement.

From a tax perspective, the benefits of using discretionary trusts are generally well known. These include:

However, over time, many benefits have been eroded and the complexity of operating trusts has increased.  For example:

Furthermore, as the people move into retirement phase, the pool of beneficiaries to whom distributions may be made tends to diminish. Generally, the pool reduces to grandchildren under the age of 18, who provide little tax relief, and the retirees themselves. There can be a reluctance to distribute to adult children for a variety of reasons, including:

Thus, the provision of a relatively low tax rate and stable platform for investment that a private company may provide could be an attractive proposition in certain circumstance. In addition, when used effectively, the loss of CGT concessions can be minimised, provided franked dividends are taken over a number of years.

What are the advantages of using a company?

The first and most compelling reason for using a company is the 30 per cent tax rate. Given individuals can be taxed up to 49 per cent, including the Medicare and the temporary budget repair levy, this can be very favourable.

While the drop in the corporate tax rates may not go to extent the government has indicated, it would appear to be more likely that it will fall rather than increase over time.

Combining the lower tax rate with the dividend imputation rules means that companies are really just a tax deferral rather than a tax avoidance tool. However, provided shareholders are in the position to retain profits in a company and receive dividends over a longer period of time, they could use the company to moderate personal marginal tax rates at or below 30 per cent.

A distinct advantage that a company has over a trust is its ability to retain its profits after tax. This means that in the lead-up to retirement, all income and capital can be retained and taxed at 30 per cent. Once the person is retired, aged over 60 and in receipt of tax-free superannuation benefits, these profits can be distributed as dividends. This results in the retired shareholder being able to take advantage of lower marginal tax rates and receive credit for the tax paid by the company.

Example 1: Retired individual shareholder, over 60, in receipt of a franked dividend of $25,900

Therefore, only $4,312 in tax and Medicare levy is paid in the hands of the shareholder on what was originally $37,000 of income in the company’s hands. This represents an effective tax rate of 10.45 per cent when taking into account the low-income rebate.

In the instance where we have two retired spouses in receipt of the franked dividends, they can receive up to $74,000 of income (including franking credits).

Example 2: Retired individual shareholder (Over 60) in receipt of a franked dividend of $96,180

This example illustrates the point at which the personal marginal tax rates approximately equate to the corporate tax rate of 30 per cent. Consequently, around $137,400 of pre-tax company income can be paid to the shareholder without any further tax payable. In the instance where two retired spouses are in receipt of the dividends, this equates to just under $275,000 of pre-tax company income.

Overall, there can be significant room to drip feed dividends throughout the course of a client’s retirement in order to moderate the overall tax rate to less than 30 per cent.

The continued rise in property values experienced in many areas, combined with the additional land tax imposed upon landholdings held in discretionary trusts by some states, means that this holding cost is a significant year-on-year impost on property investments.

The example below assumes a landholding (unimproved) value of $600,000. The comparison is the difference of holding that land in a discretionary trust versus a private company in New South Wales and Victoria.

This is now a significant disadvantage in using discretionary trusts to hold property. Given land tax is a state-based tax research into each jurisdiction is required when advising clients.

As always, client advice should be provided on a case-by-case basis. Consequently, it is imperative to weigh up the advantages and disadvantages of using various structures in providing such advice. The table below provides a brief outline and summary of these in order to assist in analysing the options. This is obviously not an exhaustive list and I am sure that other advisers will be able to come up with many more pros and cons of using this structure for investment purposes.

Table 2: Summary of key advantages of investing through a private company

Table 3: Summary of key disadvantages of investing through a private company

SMSFs will continue to be an important tool in providing for a tax-effective retirement. However, the limitations that come into effect from 1 July 2017 and the ongoing uncertainty that continuous change is providing will result in clients wanting more flexible investment structures to provide for their families’ wealth and succession plan.

In my view, private investment companies are rising as one of the preferred structures to be considered.

Could private investment companies be the new SMSFs? 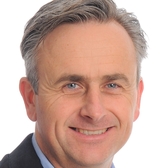 Written by Damien Butler
Last Updated: 08 December 2022
Published: 10 February 2017
You need to be a member to post comments. Register for free today