For SMSF clients holding property in their super fund via a bare trust, what are the processes involved in transferring the property from the bare trust to the super fund once the LRBA has been paid off?

We have a client who has a property in their super fund via a bare trust with a limited recourse loan arrangement. As the limited recourse loans have now been paid off, what are the necessary steps that need to be taken to transfer the property from the bare trust to the super fund? Can an asset be left in an LRBA bare/holding trust once the loan is paid off? If yes, can the property be developed?

To counteract this in-house asset concern, the legislature added an exception to the in-house rules. See s71(8) of the Superannuation Industry (Supervision) Act 1993 (Cth). It broadly provides that an investment in a related trust that was made in order to meet the LRBA requirement is excepted from constituting an in-house asset.

Prior to April 2014, the SIS legislation suggested that if the asset was to remain in the holding trust after the borrowings had been extinguished, the arrangement would breach the in-house asset rules.

However, as per SMSF (Limited Recourse Borrowing Arrangements – In-house Asset Exclusion) Determination 2014, the asset can remain in the trust after the debt has been extinguished and the in-house asset exemption granted under SIS s71(8) can continue.

Some wish to leave the asset in the bare/holding trustee’s name, even after the loan is repaid. This legislative fix would mean that doing so would not cause in-house asset issues from a superannuation law point of view.

One of the requirements of LRBAs is that the asset being acquired cannot be replaced during the life of the loan.

If the asset is subdivided, the ATO considers this to be a replacement. See ATO SMSF ruling SMSFR 2012/1. Accordingly, SMSF trustees who want to significantly improve/alter assets they acquired with LRBAs must first discharge the borrowing.

If the asset is left in the bare trust, the asset cannot be ‘replaced’ even after the loan is paid off. In order for s71(8) to apply, the asset acquired must not have been replaced.

SMSF trustees that wish to ‘replace’ (e.g. by way of improvement) the asset may still need to transfer the asset from the bare trustee to the SMSF trustee.

You have to be able to show the commissioner of stamp duty that the bare trustee was the apparent purchaser and that the super fund was the real purchaser. This is done with a statutory declaration which attaches a trail of documents that shows how the money was supplied to the bare trustee. You would need bank statements showing money coming from the super fund’s bank account, copies of cheques to be linked to bank statements and loan documentation.

According to the State Revenue Office (Victoria), the ‘apparent purchaser’ exemption in section 34 of the Duties Act 2000 (Vic) (the Act) and the evidentiary requirements for that section has to be followed.

1. Duty was paid when the property was acquired by the custodian;

2. For the whole period from the time the trust was declared by the custodian to the time when the property was transferred to the trustee of the RSF – 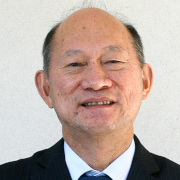 Written by Kenneth Ang
Last Updated: 02 February 2017
Published: 03 February 2017
You need to be a member to post comments. Register for free today