The end of simple super

The introduction of the super reforms has added a level of complexity to the system not seen since the end of reasonable benefit limits. SMSF practitioners need to be across what planning opportunities there are for clients.

Whether we like them or not, it’s nice to finally have some decisiveness around the government’s changes to superannuation.

Unfortunately, it appears the days of ‘simple super’ are gone. The introduction of the $1.6 million cap for tax free superannuation pension streams has added a layer of complexity back into superannuation not seen since the abolition of reasonable benefit limits (RBL) in 2007.

This cap includes income streams that are account-based, defined benefit, deferred or paid as reversionary income streams. If a person’s transfer balance exceeds the relevant cap, they will need to withdraw the excess amount as a superannuation lump sum, or roll it back to the accumulation phase of superannuation.

Balances over and above the $1.6 million transfer limit will essentially be treated as accumulation balances and earnings will be taxed at 15 per cent.

Those with $1.6 million or more invested in super from 1 July will not be eligible to make further after-tax contributions, but will still be permitted to make pre-tax contributions up to the relevant annual cap.

If a person exceeds the $1.6 million cap inside of super, rather than leaving the excess in super where earnings are taxed at 15 per cent, if they have no other taxable income personally, you may consider transferring the excess balance out of superannuation and advise them on investing it personally. A person of age pension age can earn approximately $30,000 per annum and avoid paying income tax.

If your client is fortunate enough to already have personal assets earning taxable income, then leaving their assets in super is likely to be the best option. Accumulation balances in super attract maximum tax of 15 per cent, which is likely to be a better tax outcome than investing the money outside of superannuation.

If your client is a couple where one spouse has a balance in excess of $1.6 million (which is unrestricted/non-preserved) and the spouse with the lower balance is under 65 years of age, it may be possible to arrange for the higher superannuated spouse to withdraw a lump sum from their balance and re-contribute it as a tax-free contribution for their spouse. This could either reduce the higher balance to below $1.6 million, or at least reduce the excess.

Please note, available contributions caps and eligibility to withdraw and contribute must be observed.

The pension cap is due to index in $100,000 increments per annum in line with the consumer price index. However, for clients wanting to start a pension using only a percentage of the full $1.6 million entitlement, they will only be eligible to receive the same percentage of any increase.

The opportunity here may not relate specifically to pensions being established from 1 July 2017, but more so to clients considering a pension establishment when/if indexation is due.

If a SMSF trustee has more than $1.6 million invested in superannuation and can make use of any future indexation, it may be wise to advise them to delay starting the pension until indexation has been introduced.

From 1 July 2017, the new contribution limit will become $100,000 per annum, or $300,000 over three years. The existing contribution test still applies. That is, individuals over 65 years of age who can satisfy the employment test (40 hours in a 30 day period), can still make tax free contributions to superannuation, but may not utilise the bring forward rule.

Use existing contribution caps while they last

If they are planning to sell an asset and contribute the proceeds to super, ensure appropriate timing so that funds clear in time to make the contribution prior to 30 June 2017 to benefit from the existing limits.

Otherwise, you may consider borrowing some funds to boost the super balance. This is not without serious considerations, mainly around the certainty of funds becoming available and prevailing interest rates. Never the less, it may make sense.

The annual cap on concessional before-tax superannuation contributions will be reduced to $25,000. Furthermore, the threshold at which high income earners pay additional contributions tax (Division 293) will be lowered from $300,000 to $250,000.

The options for trustees are limited here, however, where possible, individuals currently salary sacrificing above their employer’s 9.5 per cent super guarantee should consider maximising their pre-tax contribution (if they not already).

The end of simple super 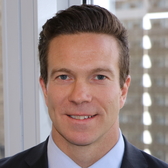 Written by Andrew Hewison
Last Updated: 08 December 2022
Published: 20 December 2016
You need to be a member to post comments. Register for free today