Identifying new strategies for clients with the super reforms

While reviewing retirement strategies for clients following the changes to superannuation will require detailed analysis, there are plenty of opportunities for SMSF practitioners to provide value to their clients.

On 23 November 2016, Parliament passed the Treasury Laws Amendment (Fair and Sustainable Superannuation) Bill 2016, along with the Superannuation (Excess Transfer Balance Tax) Imposition Bill 2016 which implements many of the changes to superannuation announced in the 2016 federal budget.

While the budget announcements initially outlined retrospective or changes effective budget night, the bills were passed with most of these changes taking effect from 1 July 2017. The time now available until changes come into effect presents an important opportunity for both planning and considered action.

From 1 July 2017, the maximum amount that can be transferred into a tax-free retirement account will be limited to $1.6 million. Any excess over this amount will need to be transferred back into an accumulation superannuation account or withdrawn.

Individuals already in retirement as at 1 July 2017 will need to ensure their balance does not exceed $1.6 million as at that date. The cap will index in line with the consumer price index and the cap will rise in $100,000 increments.

The cap applies to the total amount of superannuation that has been transferred into retirement phase no matter how many accounts these balances are held in.

Where an individual needs to transfer an asset before 30 June 2017 to comply with the cap, they have the option of resetting the value of the asset to the current market value. This means that any accumulated capital gain that has occurred while the asset has been held in retirement phase will not be taxed.

Earnings on the account are not included in the cap from 1 July 2017.

Transitional arrangements will apply for accounts that have a balance between $1.6 million and $1.7 million with the ATO issuing a warning letter stating they have six months from 1 July 2017 to remedy this. It’s important to note particularly for SMSFs that the cap is not a combined cap and it is applied at the individual level. For couples where one partner may exceed the cap and the other has a lower balance, there is the opportunity to withdraw and contribute to the lower balance account. Given that the reduced contribution limits do not apply until 1 July 2017, the bring-forward rule of $540,000 may be able to be utilised. This will also achieve the result of increasing the overall tax-free amount that can be paid on the death of an individual.

Defined benefit pensions will be treated slightly differently. If they are valued at over $1.6 million, they do not need to be rolled back. Instead, defined benefit pension payments over $100,000 per annum will be subject to additional taxation to bring them in line with the transfer balance cap.

2. Lowering the concessional contributions cap to $25,000 per year for all taxpayers from 1 July 2017

The higher contribution rates, however, still apply for this financial year ($30,000 for those under 50 and $35,000 for the over 50) so we have a window of opportunity for the higher concessional contributions. Another measure will allow those with a super balance of less than $500,000 to carry forward their unused concessional caps for up to five years, commencing 1 July 2018.

Again, the current non-concessional amounts apply for this financial year. Those in small business will still be able to access the additional $1.4 million additional cap for eligible small businesses.

4. Allowing all individual Australians under 75 who make personal contributions (including those aged 65 to 74 who meet the work test) to claim an income tax deduction for any personal superannuation contribution into an eligible superannuation fund

5. Reducing the income threshold at which individuals are required to pay an additional 15 per cent contributions tax, from $300,000 per year to $250,000

6. Removing the tax-free treatment of assets that support a transition to retirement income stream

This, along with the ability of all taxpayers to be able to now claim a personal tax deduction for superannuation contributions, will most likely affect the popularity of transition to retirement strategies.

This will replace the low-income superannuation contribution when it expires on 30 June 2017. It will allow individuals with an adjusted taxable income of $37,000 or less to receive an effective refund of the tax paid on their concessional contributions, up to a cap of $500. This refund will be paid into their superannuation account.

The government will extend the eligibility rules for claiming the tax offset for superannuation contributions partners make to their low-income spouses. The current 18 per cent tax offset of up to $540 will be available for any individual, whether married or de facto, contributing to a recipient spouse whose income is up to $37,000. This is an increase from the current $10,800. The offset reduces between $37,000 and cuts out completely where a partner’s income is $40,000.

9. Extending the tax exemption on other retirement products

From 1 July 2017, the government will extend the tax exemption on earnings in the retirement phase to products such as deferred lifetime annuities and group self-annuitisation products. These products seek to provide individuals with income throughout their retirement regardless of how long they live.

Identifying new strategies for clients with the super reforms 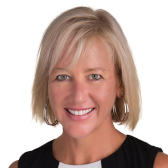 Written by Michele Purvis
Last Updated: 08 December 2022
Published: 14 December 2016
You need to be a member to post comments. Register for free today