Why auditors ask so many questions

Adopting the approach of auditors and actively questioning SMSF clients about their fund has significant benefits for SMSF professionals and their clients, particularly in relation to keeping the fund compliant.

Why all the questions?

The other day, a fund trustee asked me, “Why all the questions?” He went on to infer that auditors make work for themselves. Under my breath, I muttered, “I’d prefer not to ask so many questions”.

Shortly after, an accountant suggested that auditors are only protecting themselves against negligence claims. Why does no one consider that asking questions protects members, trustees and the assets of the fund?

If any of these situations occur, the ramifications can be far reaching. For instance, where the fund becomes non-complying:

Alternatively, imagine an elderly widower who has been financially stripped of $900,000 (leaving less than $100,000) through the wayward activities of a financial advisor. This widower is now sitting in your office, in tears, facing an uncertain future in sheer desperation because prior auditors, accountants, financial advisors failed to really ask questions or remember their true role in the fund.

As an auditor, these scenarios are the stuff of nightmares. I understand that we are dealing with the hard-earned retirement savings of many older Australians, but critically, possible avenues for redress. There are several possibilities, depending on the circumstances.

Section 193 SISA specifies certain provisions as civil penalty provisions. This includes sections dealing with the sole purpose test, the prohibition on lending to members, the prohibition on trustees borrowing and the requirement for trustees to comply with the in-house asset rules. Section 215 SISA enables a court hearing of a civil penalty proceeding to order payment of compensation in respect of loss and damage resulting from the act or omission constituting the contravention.

Ability to seek compensation from a party other than the trustee

Where a civil penalty provision is contravened by a party other than the trustee, the trustee may, by proceedings in a court, recover from that party as a debt due to the trustee if:

This applies whether or not the party, against whom the action is ought, has been convicted of an offence in relation to the contravention or had a civil penalty order made against them.

Ability to bring any other claims

Section 219 SISA provides the ability to bring any other claims legally permitted to recover loss and damage. Depending on the circumstances, this might include actions for breach of trust, breach of contract, negligence and misleading conduct.

Given the many SMSFs now established, large amounts of money involved and tightening initiatives by the ATO and ASIC, it would not be unreasonable to expect there could be high potential for litigation in the future. I say this without being a lawyer or having any financial interest in the legal sector.

When your auditor asks questions, remember there are good reasons behind it and it is usually in your best interests. The ATO is often willing to work with trustees, provided disclosure is made and steps are taken to rectify the situation. Co-operation by the administrator, accountant and trustees can go a long way towards ensuring the fund remains compliant.

Why auditors ask so many questions 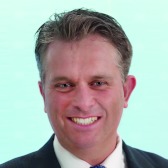 Written by David Saul
Last Updated: 08 December 2022
Published: 30 November 2016
You need to be a member to post comments. Register for free today