The Australian microcap sector has no doubt had a rough ride in the past few years. However, with performance expected to improve, could microcaps play a role in diversifying SMSFs?

Diversification remains a key issue for SMSFs. Research from Investment Trends shows each fund holds an average of 18 different direct shares in their portfolios and more than half of that allocation is made to bank/financial and large resource/materials stocks. This adds up to a large concentration of holdings in sectors which, in recent times, have underperformed.

That SMSFs favour stocks in the ASX top 20 is not news. Nevertheless, SMSF investors should consider looking further afield for their share market returns, with the aim of increasing their overall diversification.

Microcaps are one area that are often overlooked, but they can provide market-beating returns.

ASX-listed microcap companies are found in the S&P Emerging Companies Index. In broad terms, the stocks selected for this index are ranked between 350 and 600, in order of market capitalisation, and have daily trading of at least $200,000 (as measured over a six-month period).

Microcaps represent 83 per cent of all listed stocks on the ASX and the sector is rich with opportunities – if you know where to find them.

After a few years of underperformance, microcaps outperformed the All Ordinaries Accumulation Index (All Ordinaries) by 9.1 per cent in the 12 months to 30 September 2016, and things are now looking up for this exciting and under-researched sector of the market.

Investing in specialist funds that focus on this part of the market – which is generally neglected because of the lack of research in this area – provides SMSFs with scope to uncover growth opportunities.

With the right research and stock selection, it is possible to exploit inefficiencies in the pricing of stocks that arise from information gaps about microcaps, and identify opportunities for long-term growth.

There is no doubt that the microcap sector has had a rough ride over the past four years and it has significantly underperformed its larger cap cousins.

Seemingly overlooking the mantra that share market investments – particularly superannuation investments – should be evaluated on a long-term basis, this four-year run of underperformance has seen microcaps lose favour with many investors.

Since 2011, the Australian microcap sector has underperformed the All Ordinaries by 57 per cent (see Chart 1), the longest period of underperformance in the last forty years. Promisingly, however, historical data also shows us that in the times where microcaps have fallen well below the broader market, periods of outperformance have followed.

Prior to the last four years, microcap performance historically tracked reasonably close to the All Ordinaries. Over the past 43 years, microcaps have outperformed in 21 of those years or approximately 50 per cent of that period.

We have not seen four years of consecutive underperformance of microcaps, nor such significant underperformance, of the microcap sector since the 1987 crash (as shown in Chart 2).

To understand the primary drivers of this extraordinary period, and the opportunities now presented in the microcap sector, it is crucial to understand the compositional differences between microcaps and large caps.

Compared to large caps, microcaps have a much bigger exposure to developing industries including IT, biotechnology, healthcare, energy and resources.

Although microcaps have some financial exposure through small market players and start-ups, this exposure is significantly lower than the large cap sector.

This has had an enormous impact on microcap performance over the past four years as the global yield play has spread across equity markets. As global interest rates plummeted and investors increasingly seek income from equity markets, the valuations of many large caps have been driven to extraordinary heights.

During this same period, microcap stocks were broadly neglected, resulting in the divergence of large cap and microcap performance.

The resource de-rating following the industry peak in 2012 also took its toll on the microcap sector. The larger exposure of microcaps to resource and energy sectors relative to large caps resulted in the microcap sector performance being further hit as commodity prices fell across the board.

Turning of the tide

The tide for microcaps appears to have turned in 2015.

The past 12 months to September 2016 resulted in microcaps generating a 12-month return of 23.11 per cent compared to the All Ordinaries Accumulation Index of 14.01 per cent.

There is every reason to believe that microcaps will continue to outperform large caps in the foreseeable future.

Historical trends tracking the performance of microcaps versus large caps (as shown in Chart 2) hint that there is still catching up to be done. The compositional differences of the microcap sector also indicate strong opportunities given current market drivers.

The yield play is no longer contributing to the growth of equity markets as banks face their own headwinds with regulatory, credit market and other pressures. Interest in resources is now also rebuilding after commodity prices bottomed out in 2015. These forces resulted in the resources sector being a major contributor to microcap sector performance in the 12 months to September 2016.

Institutions and astute investors have also started to shift their money from the expensive sectors to the neglected segments of the market which offer greater value. Growth is increasingly difficult to find in the large cap sector and while many large cap valuations have been re-rated, earnings have not grown at the same rate.

Within the microcap sector, the opportunity is set large with a good selection of companies across industrials, healthcare, financials and consumer sectors with profit-earnings ratios of 20 times but with appropriate growth rates.

As specialists in the microcap sector, Acorn Capital takes a stock selection approach and looks through macroeconomic forecasts to research and identify opportunities even while sectors may be out of favour. The microcap sector is large (representing 83 per cent of companies listed on the ASX) and is generally under-researched. Information can be hard to find, so research is the crucial component of our stock selection process. The key is to not just look for companies that appear to be performing well in their own right, but that rank well relative to their peers. 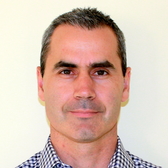 Written by Paul Palumbo
Last Updated: 08 December 2022
Published: 30 November 2016
You need to be a member to post comments. Register for free today