Transferring assets into an SMSF as an in-specie contribution can provide considerable tax benefits to an SMSF, but the devil is in the detail.

The ability to transfer assets into an SMSF is a unique advantage that SMSFs have over most public offer and retail funds. There are restrictions on the types of assets held in a person’s name that can be transferred into superannuation.  However, the most commonly transferred asset from a person’s name to their SMSF are ASX listed shares.

ASX listed shares can be transferred into an SMSF in two ways:

Let’s compare these points, based on the following share portfolio:

*Assumed all dividends are paid out as cash.

As discussed, the benefit of holding investments within superannuation is that the dividends and attached franking credits will be taxed within the superannuation environment, compared to a person’s marginal tax rate (MTR).

If these shares are held within the superannuation pension phase, all dividends and attached franking credits are taxed at a rate of 0 per cent. Therefore, the dividends that a person receives from their investments are not taxed. Further, the superannuation fund will receive a refund of the franking credits – ie, in this example, $2,575.98 – that are attached to the shares.

Compare this to a situation in which the same share portfolio is held in an individual’s name.  The company tax rate is a flat 30 per cent. Therefore, if a person is on the highest marginal tax rate, 47 per cent, there would be no refund on the franking credits, as these credits would be absorbed in offsetting the individual’s personal income tax.

The next benefit of holding assets within super is the tax payable on any gains when the assets are sold.

When an individual sells an asset and makes a gain, capital gains tax is payable, subject to a 50 per cent concession where the investment has been held for a period of longer than 12 months.

Compare this to the amount of tax payable where the shares are subsequently sold while being held in superannuation. As outlined in Table 1 where assets are sold whilst in accumulation phase, the capital gain would be taxed at a flat 10 per cent if held for more than 12 months, or 15 per cent if held for less than 12 months.  However, if the superannuation fund was in the pension phase (assume below $1.6 million), the capital gains tax rate is 0 per cent.

Let’s compare these points, based on the following share portfolio:

Implications of transferring shares into super

Let’s assume that Peter holds the above share portfolio in his personal name.  Peter is on the highest MTR, and wants to take advantage of the benefits of holding these shares in his SMSF – specifically the return of the franking credits.

As Peter is transferring these shares from his personal name to the SMSF, there is a change in the beneficial owner, and therefore tax on the capital gain has to be taken into consideration. Assuming that Peter has held the shares for more than 12 months, 50 per cent of the capital gain (ie, $25,357) is added on to his assessable income and taxed accordingly at his MTR.  This results in him paying an additional $12,425 of tax, in his personal name.

However, the real benefit is where Peter’s SMSF receives a refund of the franking credits attached to the dividends. The franking credits would have ordinarily be absorbed into offsetting Peter’s personal income tax.  As previously noted, the franking credits return company tax already paid at a rate of 30 per cent; however, with Peter being on a MTR of 49 per cent, he is paying an additional 19 per cent, or $1,631, of tax on the income received from these shares.

Assuming the SMSF continues to receive the $2,576 franking credit refund each year, and taking into account the additional 19 per cent, or $1,631 each year that Peter previously paid in tax in his personal name, it would take just under three years of holding the same share portfolio, within the SMSF, to offset the capital gains tax that Peter initially incurred when he transferred the shares from his personal name into the SMSF.

While capital gains tax is now payable in Peter’s name, due to this transfer, when shares are transferred into the SMSF, effectively the capital gains tax clock has now been stopped. Any future capital gains these shares make within the SMSF from the transfer date will now be taxed at the more generous tax rates that superannuation funds currently receive. For example, if the same parcel of shares in Peter’s SMSF increases by $25,000, and he decides to sell the shares, if the SMSF is in the pension phase, all capital gains are tax free.

Before transferring shares, or other assets, held in your clients’ personal name into superannuation, there are some points to note: 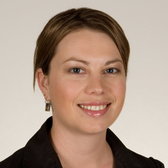 Written by Nicola Beswick
Last Updated: 08 December 2022
Published: 16 November 2016
You need to be a member to post comments. Register for free today