Preparing your clients for the proposed super reforms

With the draft legislation for the super reforms now introduced into Parliament and 30 June 2017 approaching, SMSF practitioners may want to start identifying which strategies may work for clients.

Accountants have lots to do between now and 30 June 2017 with SMSF clients. There are a number of opportunities available to our SMSF clients and now that the draft legislation has been released, work needs to begin to sift through the clients and identify which strategies are appropriate for them, and implement them before the deadline.

Add this to the already burgeoning compliance workload of annual SMSF administration, related-party LRBA fix-ups and new AFSL requirements, and we are scratching our heads wondering exactly how we are going to fit it all in.

I will be clear and state upfront that the following work can only be done by accountants who are appropriately licensed and who issue a statement of advice covering their various recommendations. We are now five months into the accountant AFS licensing regime and it has been a challenge for most to communicate the new advice requirements and added costs to clients for not a seemingly different service offering. On a positive note, these changes come at an opportune time as they create an agenda for accountants to review the SMSF with clients and bring them under the new advice regime while adding significant value with these strategic measures.

Let’s focus on a couple of the key strategic issues in order to provide some clarity around the application of the new rules.

For individuals with super balances of $1.6 million or more, 2016-17 is the last year in which they can make non-concessional contributions. If they are under 65 at 1 July 2016 and have not already triggered their bring-forward limit, they can contribute up to $540,000 before 30 June 2017.

If the bring-forward limit is triggered but not fully utilised in 2016-17, the new transitional rules operate to reduce the amount of cap remaining. Use it or lose it.

Individuals with super balances of less than $1.6 million have no real impetus to do anything this financial year unless they have a large chunk of cash or other eligible asset greater than $300,000 that they want to transfer into super.

The timing and amount of contributions that can be made in 2016-17 are key factors in the decision-making process as it may be their last opportunity to do so.

Consider Jim who is 64, recently retired, has a $1.2 million super balance and $500,000 from the proceeds of an asset sale that he is thinking about contributing to his super fund. If the contribution is made during 2016-17, before his 65th birthday, Jim may utilise the applicable bring-forward limit of $540,000 and increase his balance to $1.7 million.

Jim’s contributions need to be carefully planned to enable him to get the whole of the $500,000 into super before he loses the opportunity to do so. Jim could consider taking out a short-term loan if some or all of the cash is not available to contribute before 30 June, for example if settlement on his asset sale is due post 30 June.

The new pension transfer cap of $1.6 million per person, while contentious within the industry, is a fair deal for superannuation fund members. Although $1.6 million may not seem a lot to some people, there is the ability for the pension balance to grow with investment earnings after the initial test time. For example, Jim commences a pension with $1.6 million on 1 July 2017. He is required to withdraw a 5 per cent minimum pension and has investment earnings of 8 per cent. As a result, his pension balance grows by 3 per cent to $1.65 million and there is no requirement to transfer the excess back to his accumulation account.

Conversely, the reverse is true whereby the pension balance may fall below the $1.6 million cap due to poor investment performance and there is no ability to top back up to the prevailing cap.

There is no requirement to remove any excess assets over $1.6 million for each member from super unless there are other compelling reasons to do so. It makes sense perhaps to have a buffer to draw from accumulation in case of years with poor investment returns. Excess amounts remaining in accumulation phase are taxed at 15 per cent. For higher income earners, this is still far less tax than what they would otherwise be paying if those assets were held in personal names.

For those who have been consolidating their assets into their SMSF over recent years prior to retirement may have very little left outside of their fund apart from their own home, car, cash and personal belongings. For them, it may make sense to transfer the balance of the excess over $1.6 million from super into their own names. However, various factors need to be considered. For example, they may not be able to make contributions if they need to or the pool of assets outside of super may grow and they may end up paying personal income tax in future years. Centrelink considerations may also be relevant.

Between now and 30 June 2017, it is worthwhile doing some analysis on your SMSF clients as to what assets are held within and outside of super. This may serve to optimise a person’s overall tax position between the fund, their own names and other structures such as a family trust.

2016-17 is the final year for super funds to gain a tax benefit from exempt investment earnings on assets supporting transition to retirement pensions. From 1 July 2017, these pensions will not count towards the pension transfer cap and investment earnings generated will be taxed in the same manner as accumulation accounts.

The other tax strategy which has gained some momentum in the last couple of years, and which also comes to an end on 30 June 2017, is the ability to make an election to have a withdrawal from a pension –transition to retirement or account based – taxed as a lump sum. This also counts towards the minimum pension payment requirement. For a person under age 60, this means that they can utilise the low rate cap ($195,000 for 2016-17) to reduce or eliminate altogether any tax payable on the withdrawal. The ability to make this election will be removed from 1 July 2017.

The above strategies are worth considering and calculating the overall tax benefits for the fund and the individuals, even if for one year. The question that arises is whether there is any benefit in keeping a transition to retirement pension going past 30 June 2017.

There are three reasons why you might. Firstly, the pension member may need the money to fund their living needs.

Secondly, it will enable the split of taxable and tax-free components in a pension account to be quarantined from those in the accumulation account.

Thirdly, the allocation of investment earnings will be done in proportion to the taxation components in that pension account.

If these pensions were to be commuted and transferred back to Stan’s accumulation account, the taxation components would be merged in the accumulation account and future investment earnings would be allocated to the taxable component only. This will increase Stan’s overall taxable component of his member balance, which means that additional tax will be paid on his pension income until age 60 and on any benefit payments made in the event of his death.

Finally, there is some benefit arising from the new CGT rollover relief rules proposed for assets that are required to be transferred from pension into accumulation to manage the pension cap transfer. These rules also apply to transition to retirement pensions.

The CGT rollover relief rules only apply to assets that are supporting a pension that commenced prior to 1 July 2017. The rules enable an asset’s cost base to be reset to its current market value at the time of transfer from pension to accumulation phase. For most transition pensions, this is likely to be 30 June 2017. Whether the pension is commuted and the balance is transferred to the member’s accumulation account or the pension remains is irrelevant as the future earnings will be taxed as if in the accumulation account.

Apart from the tinkering with contribution limits, changes to excess contributions and the additional contributions tax imposed by the division 293 rules in the tax legislation, the super legislative framework has been relatively stable for the last ten years. Now, in this current financial year, there are any number of things to focus on with clients, particularly those with balances greater than $1.6 million, as mentioned earlier. Keep in mind that we only have draft legislation at this point. It has not been passed and may change.

In the meantime, get organised and identify clients for whom particular strategies are appropriate. Learn the rules and how to implement them. And do the sums to work out what is the most valuable advice you can provide your SMSF clients before 30 June 2017. There has never been a better time to add value to your clients. Start a conversation today.

Preparing your clients for the proposed super reforms 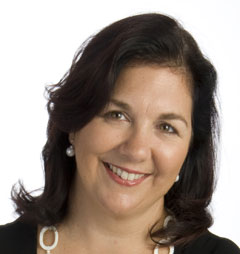 Written by Sally Rorke
Last Updated: 08 December 2022
Published: 16 November 2016
You need to be a member to post comments. Register for free today