With supply steadily increasing across the major capital cities, SMSF professionals and investors should note that residential markets are expected to weaken and bottom out over the next two financial years.

Price growth across the country has mainly been a Sydney and Melbourne story, with median prices across the other capital cities showing only limited growth or declines. Both the major cities have been supported by reasonably positive economic conditions, strong population growth and an underlying dwelling deficiency. This has attracted strength in both owner-occupier and investor demand. In contrast, the weaker recent price growth in the other capital cities has been consistent with an excess stock and/or a weak local economic environment.

Investor demand has been a key driver of the upturn in both Sydney and Melbourne and moves by the regulator to slow growth in bank lending to investors have seen investors retreat from their previous high levels in 2015-16. At the same time, dwelling completions are rising to record levels and the increasing supply/demand imbalance will increasingly dampen price growth. In particular, the boom in apartment construction over the last couple of years is creating a disconnect in the supply balance between detached houses and units, with a resulting difference in their price outlook.

With the price pressure of the stock deficiency of recent years being steadily alleviated, all markets are expected to weaken and bottom out over 2017-18 and 2018-19, with house prices largely flat or in decline over this period.

At the same time, the change in gears from resource investment to domestic demand driving the economy continues to be slow and economic growth nationally is muted. Without a substantial acceleration in economic conditions, employment and income growth will also be slow.

A further headwind to the residential markets is the regulatory guidelines initiated by the Australian Prudential Regulation Authority (APRA) in 2015. The resultant tighter bank lending policy targeted at investors has seen investor activity weaken across all states since the second half of 2015.

In NSW and Victoria in particular, where the strength of investor demand has been a key driver of the Sydney and Melbourne residential markets respectively, the decline in investor activity has slowed the pace of price growth. As investor expectations of capital gains are reduced, investor demand is expected to weaken further, creating additional downward pressure on prices, particularly in the unit sector.

In contrast, the detached house market is less reliant on tenant demand and more exposed to owner-occupiers. Progressive cuts to variable interest rates have been having a positive impact on owner-occupier demand, with growth in lending to owner-occupiers in 2015-16 partly offsetting the decline in investors. This should continue to support median house prices in most capital cities over at least 2016-17.

The best prospects for median house price growth over the next three years are expected to be in Brisbane and Hobart, followed by Canberra. In Brisbane, affordability has improved significantly after weak price performance, although an excess supply is emerging in the apartment market. While an oversupply is estimated in Tasmania overall, Hobart appears to be in deficiency, being the focus of migration from the rest of the state and from the interstate. This should support some modest house price rises. Meanwhile, the interstate outflows from the Australian Capital Territory are easing and, with relatively high incomes in Canberra, this should be able to support some house price growth.

The recent strength of the Sydney and Melbourne markets will be a key underlying factor behind their progressive weakening over the next three years. Strong investor demand has helped to drive both rising prices and new dwelling supply, particularly in the apartment sector. In particular, Victoria is forecast to tip into aggregate oversupply in 2016-17, and this will impact on Melbourne prices. Similarly, while the Sydney market is expected to still be in undersupply by 2019, a lower deficiency will alleviate pressure on prices. Together with weaker investor demand, this is expected to eventually result in modest price declines.

Further weakness is forecast in Perth, Darwin and Adelaide. Perth and Darwin will continue to be affected by falling resource sector investment, weak population growth and excess supply. However, with resource sector investment bottoming out in 2017-18, there is the possibility the market in Perth and Darwin may bottom out and potentially herald some limited upside in 2018-19. Adelaide faces significant headwinds and the closure of car manufacturing in 2017 will be a further drag on the local economy and, in turn, on prices.

However, with the economy forecast to trundle along at current rates of growth, there is unlikely to be any significant deterioration in the unemployment rate. Consequently, interest rates should remain low enough to support limited price growth in a number of markets as investors can largely meet their mortgage repayments despite having to discount rents to attract tenants. Owners will be able to hold their properties through this weaker period, and with few forced sales likely to be taking place to create significant downward pressure on prices, a US-style market crash is not expected. Political ructions over the coming years could increase uncertainty and also have a negative impact on prices – although having said that, the residential market in general will nevertheless be set for a weaker period of price growth than seen in previous cycles. 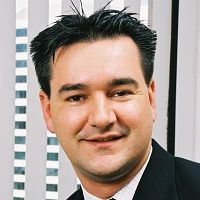 Written by Angie Zigomanis
Last Updated: 08 December 2022
Published: 09 November 2016
You need to be a member to post comments. Register for free today