Mitigating the risk of litigation as an SMSF professional

We have heard little about trustees or the ATO acting against accountants or auditors to date. This is likely to be short-lived. How can SMSF professionals protect themselves?

The sheer mass of the SMSF sector has surpassed most people’s expectations.

The growing complexity of SMSF arrangements has resulted in trustees facing harsh penalties, in the form of fines as well as tax if they ignore the myriad of increasingly onerous regulatory requirements imposed on them and their funds.

The principal regulator, the ATO, has concentrated on encouraging trustees to comply with these evolving legislative requirements. It relies on an established audit regime as well as its own monitoring measures to identify and penalise non-compliance.

SIS, taxation and governance breaches are in the spotlight.

We have heard little about trustees or the ATO acting against the auditor to date. This is likely to be short-lived. SMSF growth and complexity will undoubtedly lead to increasing litigation against auditors who leave themselves vulnerable if they do not keep abreast with the evolving requirements or shirk their professional responsibilities.

It is worthwhile revisiting the definitions surrounding an SMSF as trustees and their advisers often forget these definitions and operate their funds without regard to the rules, resulting in breaches and penalties.

Administrative penalties that can be levied on trustees range from $900 to $10,800 depending on the severity of the breach. Of course, a fund can also be made non-complying, lose its concessional tax status and be subject to tax at 45 per cent on both its income and net assets.

And additional tax levies can apply to late lodgement or tax payments.

Civil and criminal penalties can also be imposed.

Most breaches occur within the SMSF segment of the superannuation industry as SMSFs are not subject to the same rigor and licensing requirements applicable to APRA-regulated funds.

SMSFs are DIY funds with many trustees pleading naivety regarding their duties and the requirements and restrictions imposed upon them by the legislation. This is despite the trustee education programs that the ATO has focused on in recent years and despite that fact that, since 1 July 2007, new SMSF trustees must sign a trustee declaration form (NAT 71089) stating that they understand their obligations and responsibilities (SIS s104A).

Breaching trustees, of course, often blame their accountant or auditor for not informing them about the rules. The accountant will often try to sheet this blame on to the auditor (they are in trouble if they are one and the same person), with the auditor often being thought to shoulder the responsibility for keeping the fund compliant.

Consequently, there is often conflict between the key players involved with an SMSF – the trustees/members, the accountant, the auditor and the ATO. The investment adviser also gets blamed if the fund’s investments don’t perform to expectations, but that is best left for another day.

As an auditor, I have observed, over the years, interesting trends involving trustees, breaches and audit management letter issues, and the severity of those breaches.

All of this leads me to believe that there is still a widespread lack of understanding about compliance with the Superannuation Industry (Supervision) Act 1993 and the regulations (commonly, SIS) despite most stakeholders genuinely trying to do the right thing.

Duties and responsibilities of trustees and auditors

Australian superannuation developed within a legal framework built from rules derived from the common law of trusts and rules imposed by taxation law. From 1 July 1994, the relevant trust law rules were codified into SIS alongside the taxation rules contained in the ITAAs 1936 and 1997.

SIS s10 defines a superannuation fund as an indefinitely continuing legal trust, whose sole purpose is to provide benefits to its members or their dependants upon the sickness, death or retirement of the member. SIS s10 differs from the objectives of superannuation recently re-defined in the post-2016 federal budget superannuation review.

Trustees are appointed under the fund’s trust deed to hold and administer the trust estate or corpus on behalf of its beneficiaries in accordance with those governing rules and the superannuation legislation.

Thus, the trustees’ duties (the things that a trustee must do as opposed to those things that they are empowered to do) and responsibilities are imbedded in trust law and SIS (as well as other legislative requirements (ITAAs, Corporations Act 2001, Family Law Act 1975 and trustee acts of the States and Territories) as well as being contained in the fund’s trust deed.

SIS s52 has been codified with many of the duties and standards required of trustees. S 52 also deems that certain covenants are included in the governing rules of all regulated superannuation funds, including requiring trustees to observe specific standards of behaviours in addition to any other requirements contained in the fund’s governing rules or under general trust law.

I recommend re-reading these covenants in SIS s52(2) as well as the other trustee responsibilities contained throughout SIS.

All this concludes that the buck stops with the trustee who is totally responsible for their fund.

What about the auditor’s roles and responsibilities?

An SMSF trustee must appoint an ASIC-registered approved SMSF auditor no later than 45 days before the due date for lodgement of the fund’s annual return for each year of income (SIS Reg 8.02A).

The ATO’s guide, Approved Auditor’s and SMSFs – Your role and responsibilities as an Approved Auditor should be compulsory reading as well as GS 009 issued in September 2015 by the AUASB.

By accepting a signed audit engagement letter and issuing their subsequent approved auditor’s report, the auditor certifies that they have completed their audit in accordance with the requirements of Australian Auditing Standards. The trustee will pay for the audit engagement, thus establishing an enforceable contract between the auditor and trustee.

This means that the auditor is holding themselves out as applying (and complying with) those standards. If they do not comply, they run the risk of being penalised by the ATO as well as ASIC, and being disciplined by their professional body. They have broken their contract with the trustee, who has paid for an audit to be conducted in accordance with the AUSs so may be liable for an action that may be taken against them.

Arguably, if the trustee has caused the fund to breach, knowingly or not, and the auditor has not uncovered and reported on this breach because of shortcutting the audit or not complying with the standards, and if the members’ balances are detrimentally affected or they suffer a loss as a result, the trustee may take common law action against the auditor.

It is therefore essential that the auditor complies with all the Australian Auditing Standards that they say they will comply with, and have complied with.

There is no ability within the legislation for the auditor to shortcut adherence to those standards.

If the auditor cannot arrive at an opinion and thus provide a clean, or unqualified, approved auditor’s report, the auditor should provide a part A modified audit report by limiting the scope of the audit.

The auditor may also find themselves in trouble if they provide a positive management letter after the audit. This was encouraged by the ATO but not enthusiastically embraced by the audit profession.

If the audit management letter states that the financial statements are totally correct, all governance matters such as minutes, etc have been meticulously completed and maintained and that the trustee has fully complied with everything the legislation demands, and something falls off the rails, the auditor may be liable to the trustee and members.

There is a clear distinction between full compliance with GS 009 (and Australian Auditing Standards) and a low-priced ‘tick and flick’ audit. The standards are complicated and onerous, and require the application of multiple audits to benefit from the costs of designing audit programs which cover all the required standards. Ongoing mandatory training is also costly. Audit practitioners must make a commercial decision as to whether these costs are financially justified or whether it is a matter of not accepting the audit.

In any event, please ensure that your professional indemnity insurance is adequate and current.

As time passes, expect more than just trustees to be subject to litigation regarding SMSF breaches.

Mitigating the risk of litigation as an SMSF professional 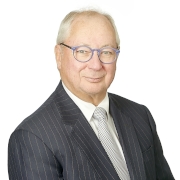 Written by Chris Malkin
Last Updated: 08 December 2022
Published: 09 November 2016
You need to be a member to post comments. Register for free today