Will your firm be here in 10 years?

A look back at how far the SMSF auditing industry has come begs the question: is your firm ready for the future? Principal at TABS Super Fund Auditors, Catherine Price, takes us down memory lane.

A hot topic in business circles right now is the rise of robotics, machine learning, artificial intelligence and automation. These terms always remind me of the phenomenal movie series Terminator, where the computer Skynet becomes ‘self-aware’. The superannuation auditing field is one market which has been well and truly touched by technology. But how justified is a fear of automation redundancy? Are auditors really at risk of losing their jobs to machines? Should auditors be sticking to the green pen and paper checklists? As audit professionals, are we willing to adapt, move, adopt and automate our own practices to optimise client services, or does the ‘Skynet factor’ prevent us from moving forward?

Thanks to both advances in technology and the Australian government’s Stronger Super reform package, gone are the days where the auditor printed out a 30-page auditor checklist, grabbed their green pen and sat down to perform a bulk audit of super funds. This has been a very healthy progression for the industry, as it has promoted greater independence through outsourcing the audit service. It has also improved the quality of the SMSF audit. An auditor is now able to maintain a broader flow of work throughout the year, alleviating some of the pressure to complete a large number of audits in a small period of time. This is the type of outcome the government’s reform package was aiming for.

As of 1 July 2013, as part of the government’s Stronger Super reforms, ASIC was made responsible for registering approved SMSF auditors. The government recognised the need to improve integrity and increase community confidence in the sector. The logic was that “strengthening the integrity of the superannuation system would improve trustee and fund decisions, efficiency and effectiveness and so help grow member superannuation entitlements” overview of reforms. And it seems to be working. The self-managed superannuation industry continues to grow each year. The ATO’s March 2016 quarter statistics show there are currently 572,424 SMSFs with 1.085 million members. Back in 2011, there were 440,121 funds with 837,000 members. Over the past five financial years, more than 30,000 new funds have been established each year, and in 2012 and 2013 it was closer to 40,000.

Superannuation is an important part of all our lives. Treasurer Scott Morrison has reminded us in the recently released exposure draft legislation, Superannuation (Objective) Bill 2016, that the primary objective of superannuation is to provide an income in retirement. Self-managed super funds reduce the strain on the age pension and, to make them more attractive, are concessionally taxed. Therefore, higher taxing of super is always subject to discussion in political circles as a budget measure and legislative amendments are a constant possibility. For auditors, accountants and financial planners, this then requires us to stay abreast of budget proposals which are often heavily amended prior to legislative changes in order to provide accurate advice for our clients.

The introduction of tighter auditor registration has been one of the biggest leaps forward in the evolution of the SMSF audit industry. Auditors are now required to be registered with ASIC and meet annual competency requirements. They can be suspended, have their registrations cancelled, be disqualified, penalised and even jailed. Auditors are now required to maintain minimum education levels and demonstrate competency and experience. These are positive changes. Auditors play a crucial role in the compliance framework of the Australian SMSF industry. They are the gatekeepers for the ATO and ASIC. They potentially save not only taxpayer dollars, but also unbillable, wasted hours for accountants, by avoiding ATO audits for insignificant errors. As auditors, we err on the side of education and assistance for trustees, with only the more significant issues reported to the ATO via the auditor contravention report.

Technology is advancing at a phenomenal rate and the audit industry is benefiting through revolutionising its procedures, systems and even corporate culture. Can you believe the first computer began construction in 1943 and was completed three years later in 1946? It’s crazy to contemplate how far technology has come in only 70 years. It was only 30 years after the first computer was introduced that we had the first conversation on a mobile phone. Now our mobile phones are our computers, and we seem to have a new one introduced to the market every six months. They synchronise with the desktop, the tablet and even the smart TV. Mobile apps were only introduced 10 years ago. Technology is moving so fast it’s been suggested that in the next decade, employees entering the workforce will need to retrain up to six times in their career. These are exciting times. We are creating businesses, cultures and work environments we never thought possible 70 years ago. Employees can now work from home, with flexible hours, reducing pollution on our roads, reducing commuter stress, fostering a family life we may never have had working in the ‘traditional’ office environment.

Robots and machine learning are here to stay. The auditing industry will be assisted by machines and artificial intelligence, but rather than eliminate an income stream, it will redefine our roles as auditors. We will be consulting on a higher, professional level. Communicating, collaborating and assisting accounting firms and financial planners. Artificial intelligence will be important in dealing with the massive increase in data being produced at every level of business and will analyse patterns within the data. This enables auditors to maintain quality audits, with sustainable income streams at a cost-effective price for the consumer. The audit industry is shifting from the back office administrative service to one of continual support, education and communication. Technology is assisting with maintaining an accurate, timely and cost-effective service, and is redefining the skill set needed to operate a successful SMSF audit business.

So how will you and your firm greet the future? Adapt, automate, innovate? Will your firm be agile enough to evolve or will Skynet send in the Terminator?

Will your firm be here in 10 years? 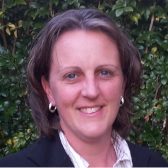 Written by Catherine Price
Last Updated: 08 December 2022
Published: 29 September 2016
You need to be a member to post comments. Register for free today